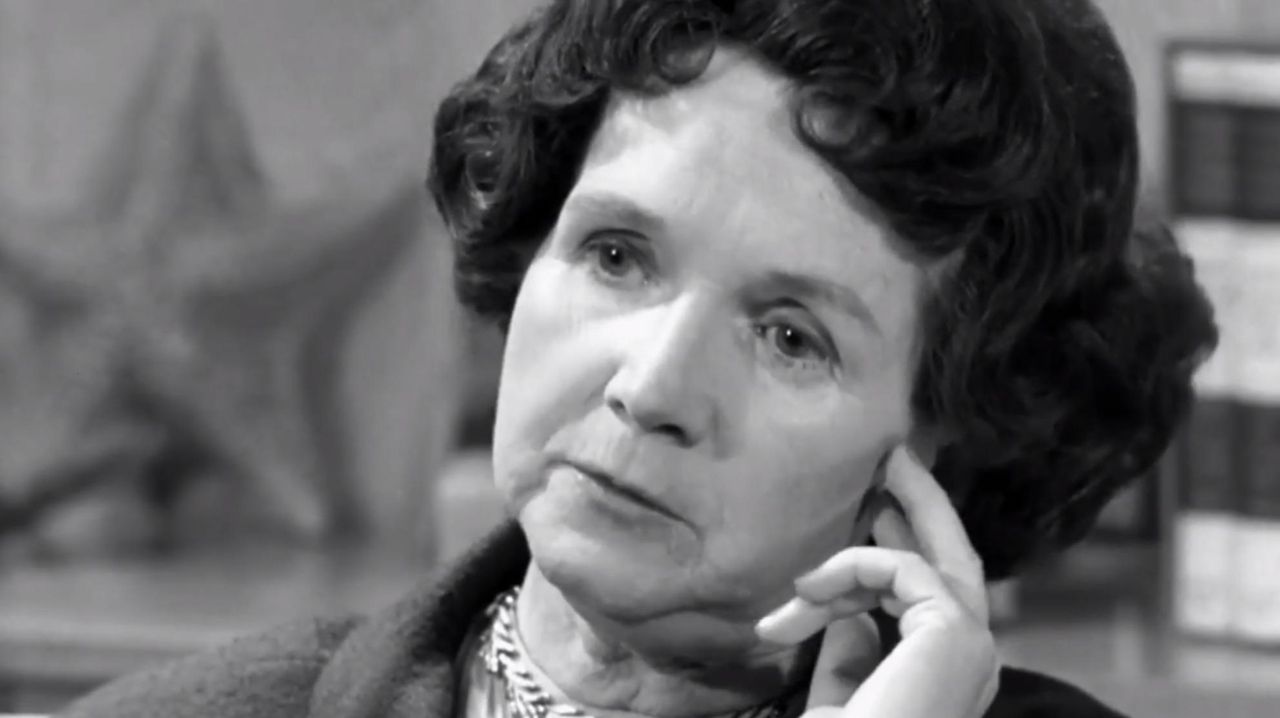 WHAT IT’S ABOUT This two-hour film follows Rachel Carson’s life from her impoverished early years in rural Pennsylvania, to seclusion — and world fame — while living on a stretch of lonely coast in Maine. She died in 1964 at the age of 56, after completing one of the most important books of the 20th century, which also launched the modern environmental movement. “Silent Spring,” published in 1962, sounded the alarm over widespread use of DDT and other “miracle” insecticides — their long-term impact on the environment and human health largely unknown.

MY SAY This two-hour portrait rescues Carson, the person, from obscurity, even if her seminal work requires no such salvage operation. Say “Silent Spring” to most people and the words “environmental” followed by “movement” should still come to mind. Long Islanders of a certain age, however, may have different associations:

On May 8, 1957, residents in Brookville, Oyster Bay Cove, Cold Spring Harbor, Centre Island, Old Field and Bethpage filed suit against the Department of Agriculture to stop the spraying of DDT over their neighborhoods. Their complaint read that the poison “would cause irreparable injury and death to all living things.” Carson took note of this remarkable backlash, then began work on the book that would change the world. “Silent Spring” much later inspired a landmark National Cancer Institute study that sought to determine whether insecticides like DDT had led to a high incidence of breast cancer in Nassau County. After decades of work, the conclusion finally reached in 2002 found no such link. Critics of the study subsequently blamed politics for getting in the way of the research.

All of which is to say, the shadow of “Silent Spring” is long, its legacy complicated, the impact local.

“Rachel Carson” mentions none of this, probably because the film isn’t called “Silent Spring.” Nevertheless, a deeper exploration of both book and legacy is what’s missing here. The film doesn’t even bother to mention one catastrophic consequence of DDT — the evisceration of eagle, osprey and other raptor populations, which took years to recover.

“AmEx” last did a broadcast on Carson in 1993, with Meryl Streep reading excerpts from “Spring,” and which also included outtakes from the famous 1963 “CBS Reports” on Carson (some seen in this program, too). But what about the science since then? Critics still occasionally take potshots at her and the book. Why not use this occasion to debunk them once and for all, instead of dismiss them with a wave of the hand, as historians elliptically do so here?

The obvious answer is because that’s not what “AmEx” does. It does do intelligent overviews, and that’s what you’ll get here. You’ll also get a valuable summary of what Carson was really saying all those years ago, best expressed by one of her biographers, Linda Lear: “She taught us that life was fragile, that it was mutable, that science was not omniscient.”

Meanwhile, you’ll have to wait for that legacy broadcast.