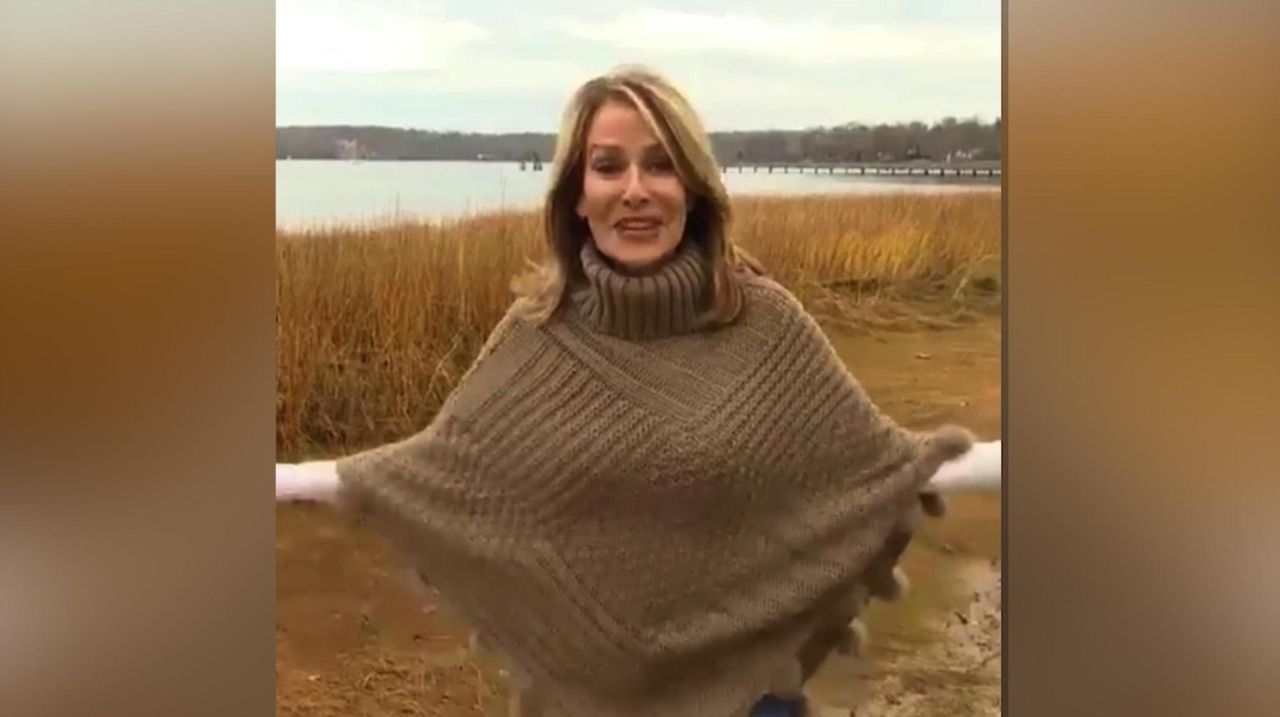 News 12 Long Island anchor Carol Silva, who recently revealed that she was seeking treatment for Stage 4 cancer, announced in an Instagram post Thursday that she will be returning to work Monday. Credit: Instagram / carolsilvanews

Veteran News 12 anchor Carol Silva, who left in October to undergo treatment for stage 4 lung cancer, will return to the air Monday, she announced in an Instagram video posted Wednesday.

"I've been in the business long enough to know a great headline, and I've got one myself," she said. "I'm coming back next week, Dec. 2."

Characteristically exuberant and dressed in a tan turtleneck poncho — with an unidentified beach and bay as backdrop — Silva, 65, looked her old self. Over a 50-second span, she essentially proved she was, too, thanking everyone from her doctors at Northwell Health Center's Monter Cancer Center in New Hyde Park to friends, well-wishers and the person who walked her dog during her convalescence.

In mid-October, Silva — a defining presence at News 12 Long Island for more than 30 years and before that on radio at WLIR — announced she had been diagnosed in late September and had begun systemic treatment for cancer in her lung and radiation for tumors that had spread to her brain. A nonsmoker, she said at the time that doctors discovered the cancer when she decided to get a persistent cough checked out.

Once treatment began, "the news was progressively good," she said in a phone interview late Wednesday. This past week, her "blood levels and scans came back really solid."

"Tumors in my lung have shrunk by more than a third, and there is no fluid which had been causing all the coughing," Silva said.

In October, Silva also underwent a Gamma Knife radiation procedure on a cluster of small brain tumors and those now "are almost impossible to see."

"Every single measure is going in the right direction and going so quickly that — I'm telling you — the doctors are blown away. They say things like 'this is amazing,' or 'you are incredible,' to which I respond, 'no, you are incredible.' "

While Silva returns Monday, her tenure nevertheless will be brief. She announced in June that she would retire by the end of the year, and that plan remains on track. She'll be off the air Dec. 6 to receive the Silver Circle Award from the National Academy of Television Arts & Sciences, and her final day at News 12 will be Dec. 20.

Later that day, she said, she'll be honored by the Lords of 52nd Street, Billy Joel's original band, at a special concert. (She and Richie Cannata and the rest of the band are close friends.)

Lisa Anselmo, a spokeswoman for Altice USA, which owns News 12, said, “All of us at Altice and News 12 are thrilled about Carol’s return and look forward to welcoming her back to the newsroom.”

"I know how lucky I am," she said of her recovery, "and it's not lost on me — and I thank God — for the miracle of the [cancer] mutation I have which is so much easier to cure" than other types of lung cancer.

"My doctors said, 'There's a war being raged in your body' but I'm winning, with a lot of love and support." Her medication "has almost no side effects, although I have kind of lost my tolerance for chocolate — which I'll take."

She said doctors will continue to monitor her.

"But I just know because I know: I'm gonna be fine."