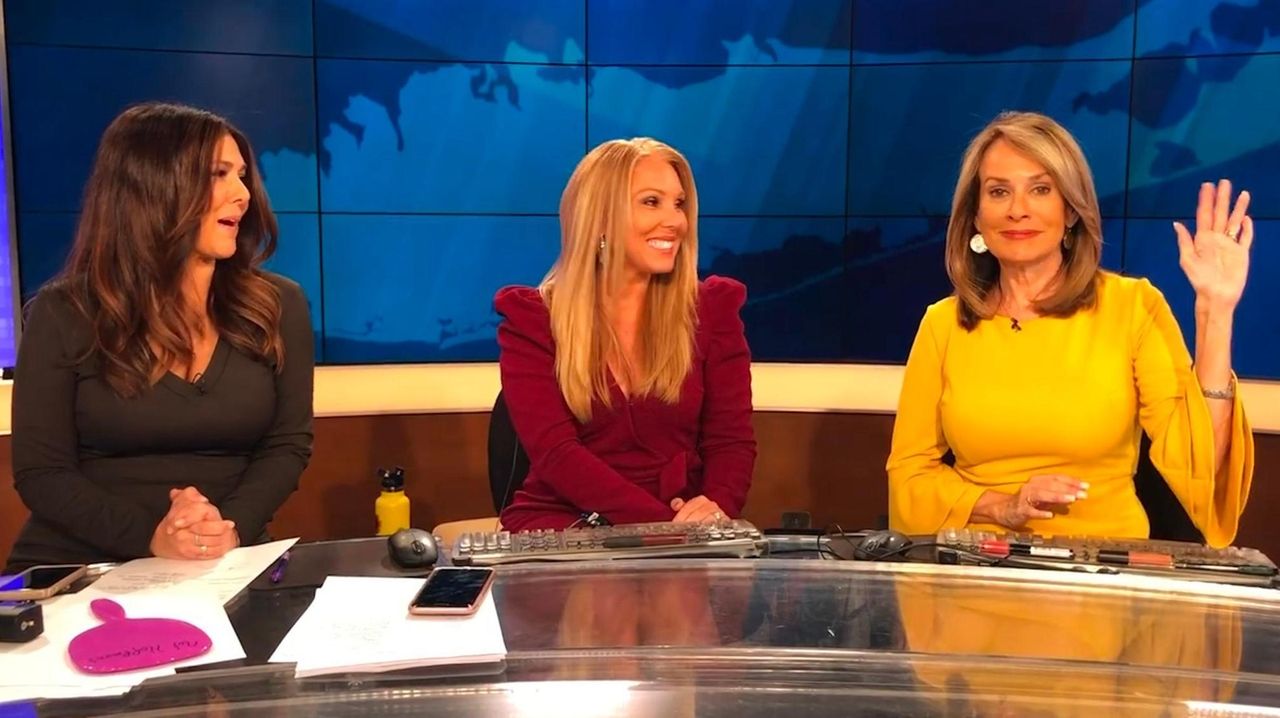 "Good morning," she said just after 5 a.m. "I'm home." But not for long: On Monday she also begins a three-week countdown to Dec. 20 when she will wrap a 40-year career in broadcasting.

On Oct. 11, Silva, who by that point had been off the air nearly a month since first learning of her diagnosis, said she would step away from anchor duties to begin systemic treatment for cancer in her lung and radiation for tumors that had spread to her brain. But Monday morning, with another storm to report on, as well as a Uniondale home break-in, a two-car collision, and Cyber Monday deals, her immediate past health crisis was virtually forgotten.

"I can't count the number of storms I have done in almost 40 years on TV and radio," she told co-anchor Elizabeth Hashagen and meteorologist Rich Hoffman. "It's crazy."

Other than some quick acknowledgments from Hashagen and Hoffman --"You're back now [which] is the biggest story" or "You're the only sunshine we'll get [today]" or "It's Carol Monday" — viewers would scarcely know Silva, 65, had even been gone. Her re-entry very early Monday was brisk, unadorned and straight ahead, like so many other mornings over the past 30 years. "The news never stops" goes News 12's mandate, and for the most part, neither has Silva, who has built a singular career in New York news broadcasting. In acknowledgment of that legendary run, the National Academy of Television Arts & Sciences will honor her with a Silver Circle award this Friday.

Her long-awaited return "felt amazing," said Silva in a phone interview after the newscast, adding that she got into the studio at 2:45. "A friend asked me over the weekend, 'are you worried that you'll know how to do what it is you do,' and I said no — it's just as easy as riding a bike, with the exception that it's riding a bike and a horse at the same time."

Of her impending retirement, she said: "I know that today I've begun a three-week goodbye and that's really emotional but that my decision [to] stand on the end of a cliff and take a jump off to see what's next while I'm still young and healthy is the right decision. I'm excited to see what's next."

Back in June, Silva announced she would officially wrap her career this December — one that began back in college (New York Institute of Technology), followed by 12 years in radio (mostly WLIR with stops at WBAB, WNBC, WOR and the RKO Radio) and then 32 at News 12. After she said in an October Facebook post that she had begun treatment for stage 4 lung cancer, she entreated viewers that “if you think about me, send me some positive thoughts, some positive energy, some prayers."

In an interview Nov. 27 after announcing her Monday return, Silva said "the news was progressively good" once treatment had begun at Northwell Health Center's Monter Cancer Center in New Hyde Park, and that her "blood levels and scans [have come] back really solid."

"Tumors in my lungs have shrunk by more than a third, and there is no fluid which had been causing all the coughing," said Silva, a nonsmoker. In October, Silva had also undergone Gamma Knife radiation procedure on a cluster of small brain tumors and those now "are almost impossible to see."

"Every single measure is going in the right direction and going so quickly that — I'm telling you — the doctors are blown away. They say things like, 'This is amazing,' or 'You are incredible,' to which I respond, 'No, you are incredible.'"

"I know how lucky I am," Silva added of her recovery, "and it's not lost on me — and I thank God — for the miracle of the [cancer] mutation I have which is so much easier to cure than other types of lung cancer."