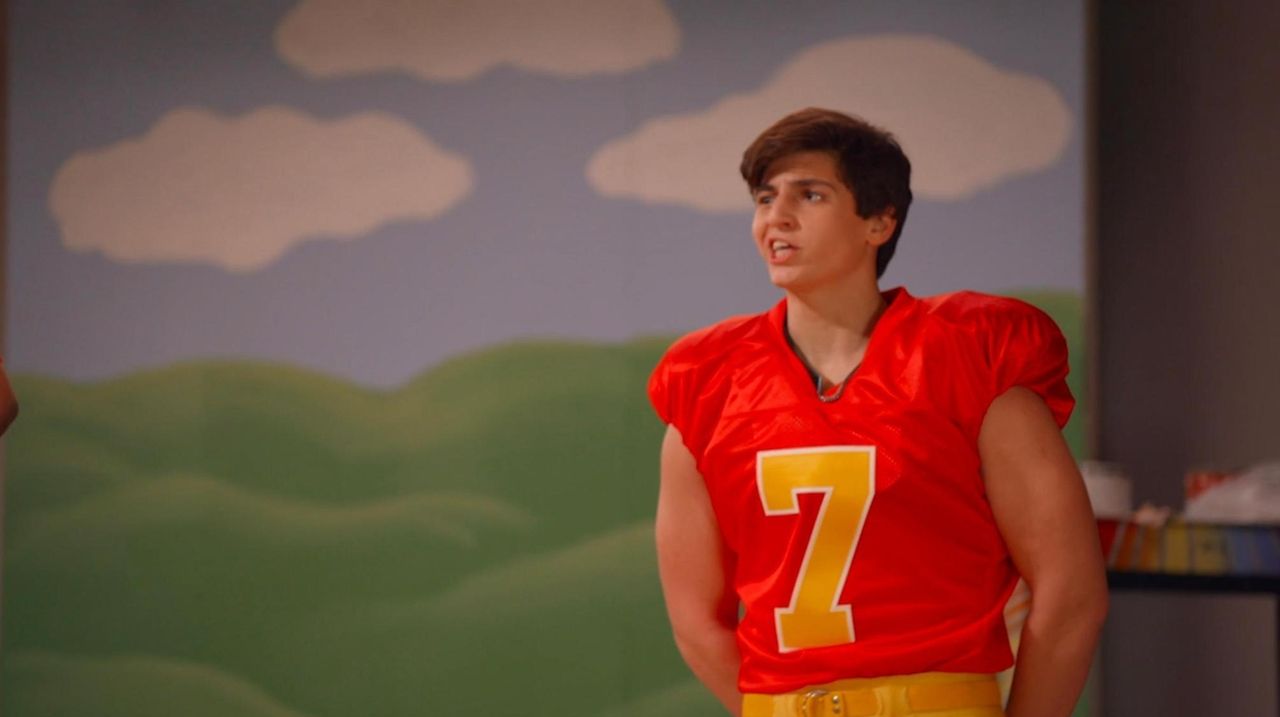 Newsday spoke with Merrick's own Chase Vacnin, who is a cast member in the new Nickelodeon series "Drama Club," premiering this month. He also has a role in "The Many Saints of Newark," the "Sopranos" movie slated to come out later this year. Credit: Newsday

Most actors dream of some day winning an Oscar and making a grand acceptance speech in which they thank every member of their family. Merrick native and rising star Chase Vacnin has an even clearer idea of how he wants to show his gratitude to his family.

"I have a very specific success in my mind. My vision is to be able to get my mom that Tesla [and] to put my brother through law school. I want to be able to give back to my family," Vacnin, 19 says.

He's well on his way to making that happen. Vacnin is one of the stars of Nickelodeon's new mockumentary-style sitcom "Drama Club" and in September he'll be seen on the big screen in "The Many Saints of Newark," the feature film prequel to TV's "The Sopranos."

In "Drama Club," which airs Saturdays at 8:30 p.m., Vacnin plays the most popular kid in middle school. a football star who's failing in his classes and is forced to take drama club as an elective. "My character, Bench, is this boisterous, athletic guy. He’s a total bro," Vacnin says. "He's the fish out of water in the drama club, which is cool because it shows the welcoming arms of the show, how it really accepts diversity no matter who you are or what your background is."

While "Drama Club" is family-friendly fare, Vacnin gets to tap into his dark side as a mobster in "The Many Sides of Newark," which stars Michael Gandolfini, son of James Gandolfini, playing a young version of his dad's character, Tony Soprano.

"Originally I wasn’t supposed to have as big a role as I do, but I had to fight for that. I had to charm my way into gaining more spots in that film," Vacnin says. "I was fortunate enough to go out to lunch with Gandolfini. He took me around New York City. He and I still text and talk about the release on Sept. 24."

With his career gaining momentum, Vacnin recently moved to Los Angeles where he has an apartment. Saying goodbye to Long Island, however, wasn't easy.

As for what's next, Vacnin has another film, "Once Upon a Time in Staten Island" with Bobby Cannavale and Naomi Watts, awaiting release. And in case you were wondering, Vacnin also imagines that moment when he might be standing at the podium accepting an Academy Award.