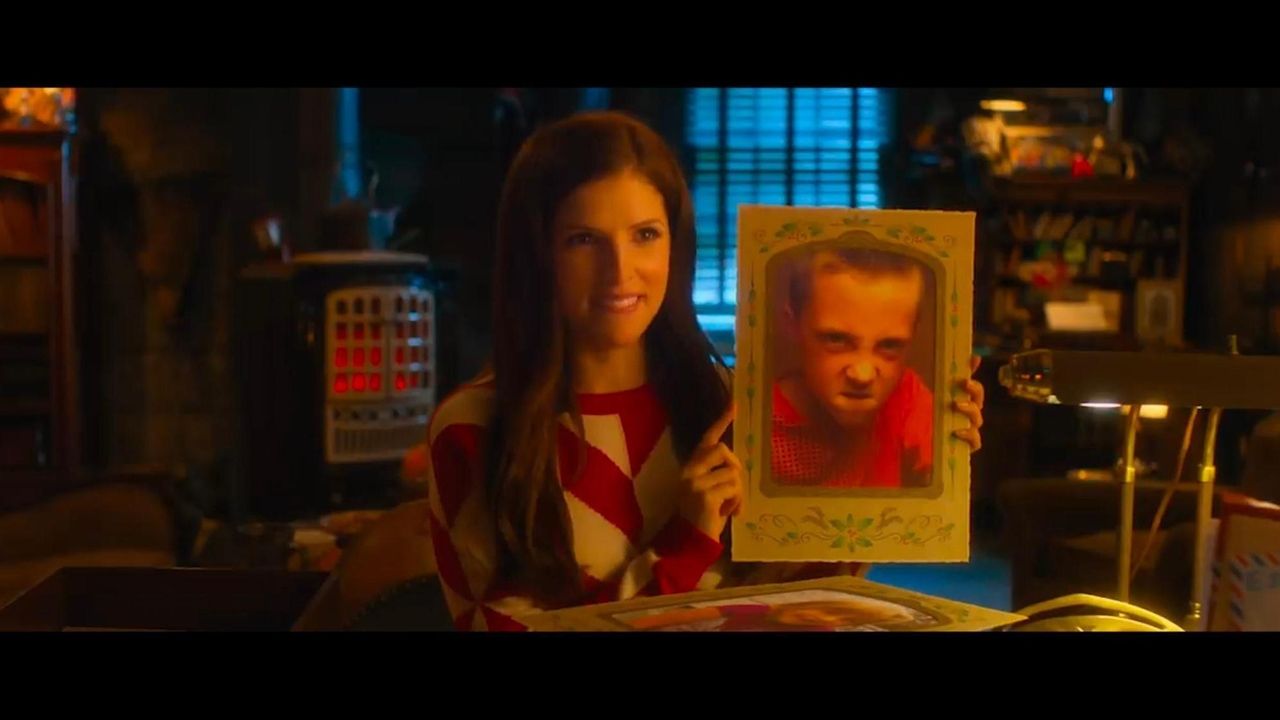 Anna Kendrick plays the daughter of Santa, who steps in when her brother, played by Bill Hader, can't handle the job.  Credit: Walt Disney Studios

Ready for some Christmas joy? And maybe a few yule jerks?

Because Scrooge is back. And so is the Grinch. Plus the usual seasonal suspects — Rudolph, Charlie Brown, Macaulay Culkin, James Stewart, Homer and Bart, Chevy Chase and Will Ferrell.

TV's annual month of merriment heats up this week, with so many holiday happenings, we can't possibly highlight them all. But we'll cover enough biggies to help you start scheduling your seasonal viewing.

More than ever, big network perennials like "Rudolph the Red-Nosed Reindeer" and "It's a Wonderful Life" will get multiple encores on their channels' corporate cousins via cable/satellite or streaming. As the TV landscape continues to shift by the day, check on-screen menus to figure out what's where.

Also check the channels that always go Christmas crazy — Hallmark, Lifetime, Freeform, ion, UP. With their 24/7 holiday lineups, channel-specific websites are the best way to keep track. Don't overlook their on-demand options, either.

And don't forget the streaming scene. Ever more competitive services like Netflix and Amazon Prime are offering original Christmas productions, along with their libraries of familiar festive film and TV shows. You can watch or rewatch any of these titles whenever you want. It's holiday merriment on-demand —yule love it!

Noelle (film now on Disney+)  Anna Kendrick plays the daughter of Santa, who steps in when her brother (Bill Hader) can't handle the job.

Ghosting: The Spirit of Christmas (Dec. 4, 9 p.m., Freeform TV movie) The title term gets a whole new meaning when Aisha Dee ("The Bold Type") has a great first date, but then dies, and contacts her living best friend for assistance.

How the Grinch Stole Christmas (Dec. 3, 8 p.m., NBC) The green villain's heart grows three sizes thanks to the people of Whoville in '60s half-hour by animation icon Chuck Jones. (NBC repeat Christmas night at 8. Other airings on TBS.)

A Charlie Brown Christmas (Dec. 5, 8 p.m., ABC)  The meaning of the season highlights comic creator Charles Schulz' unlikely '60s favorite, of which little was expected and much has been loved, for a half-century now. Jazz master Vince Guaraldi's gold-record score doesn't hurt.

(Many titles play repeatedly through the month. Check listings for additional runs.)