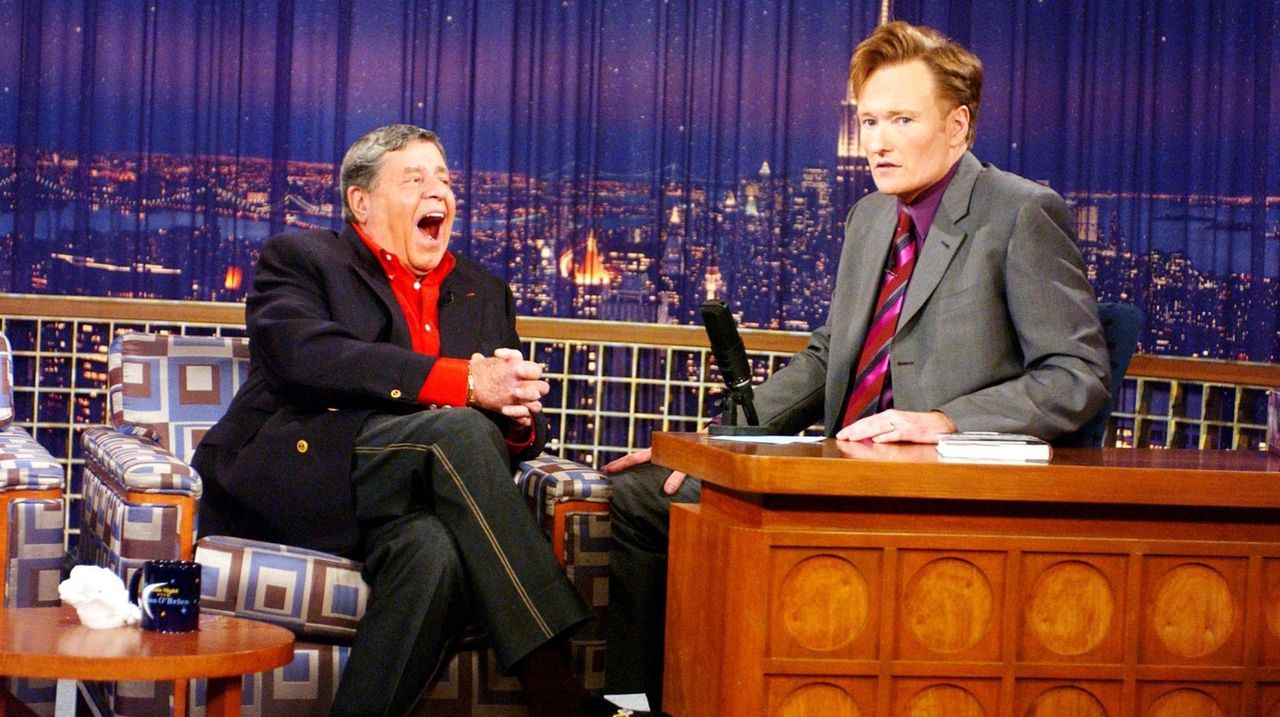 The 99th annual meeting of Long Island University's Theodore Roosevelt Association at the Harvard Club was expected to be much like the prior 98 annual meetings of the association, which was founded just three days after the death of the 26th President in 1919.

Until the guest speaker arrived.

He was a towering redhead with spindly legs and a thatch of hair that defied gravity. He had pale skin, light blue eyes and a nasally voice without a discernible accent. Most of the assembled "Tedheads" recognized him but couldn't quite place him. A comic maybe?

The speaker role "is usually reserved for a historian, so I think some of the members were surprised," recalls Tweed Roosevelt, great-grandson of TR and President of the Roosevelt School at LIU, who had booked Conan O'Brien for that fall night event in 2018.

But they were all about to become more surprised. O'Brien gave an "excellent, well-researched and very insightful" speech about TR's use of humor. The presentation even yielded a memorable take-away line: O'Brien called Roosevelt, with those famed teeth and Pince-nez glasses, "the first emoji."

"Conan is an example of somebody we would not normally think knows a lot about TR, but in fact he knows a tremendous amount," says Roosevelt who had reached out to him when he found out about his passion for all-things-TR, including his Cove Neck home, Sagamore Hill, which he had visited often. "People who are huge fans of TR are 'Tedheads'-- I'm not using that in the pejorative way — and Conan's a Tedhead."

Who knew? Faithful Conan fans, maybe, who have stayed with him these past 27-plus years and will say goodbye Thursday when his final edition of "Conan '' airs on TBS. Longtime colleagues definitely. O'Brien has a bust of TR in his home office, and a plaque on his office door on the Warner lot that reads "President Theodore Roosevelt." When he registers at hotels, he signs his name "Theodore Roosevelt," or sometimes just "POTUS." While a certified Tedhead, O'Brien is also a presidential history nerd, and has been since his days at Harvard where he graduated summa cum laude with a degree in English literature and U.S. history.

That obsession has occasionally leaked out on the air. During a pandemic show outtake posted on YouTube, O'Brien referred to a bust of TR over his left shoulder, a Dwight D. Eisenhower pencil-holder, and a line drawing of Lincoln over his right shoulder:

"They mean … better times are coming," he explained. "That's why I have these people back here."

Beyond that Harvard pedigree, there are comparisons with Roosevelt that might explain this obsession. Both are (were) hyper-overachievers bursting with nervous energy and a drive to occupy center stage. They are (were) hams and master storytellers practiced in the art of self-deprecating humor. Tweed Roosevelt further elaborates: "It's very easy to find something you like about TR and it's very easy to find something you do not like about TR." Clearly, O'Brien has found much to like.

Life is funny, those paths-not-taken too. If NBC hadn't picked a talented but especially green no-name to succeed David Letterman almost 28 years ago, that no-name might have gone on to teach college-level history. Harvard — where else? — with a specialty in Who Else?

Obsessions are funny too, and as O'Brien leaves the late-night stage he's held — at times precariously — since 1993, his obsession with TR offers a way to assess that long run. He beat the odds, TV critics, quixotic network suits, and shifting audience tastes. He learned and — this is particularly Teddyesque, says his great-grandson, Tweed — O'Brien absorbed. Never inclined to run in place, he built a particularly good show ("Late Night") out of his own early, raw efforts. "Seize the moment!" demanded Teddy. "Man was never intended to become an oyster." O'Brien was no oyster.

O'Brien's "Late Night" success lead to the singular late night prize, "Tonight," only to lose that seven months later amid a crushing avalanche of media hype and bad feelings. Like Roosevelt, humiliation was not something to be worn lightly then discarded. Anger replaced the comedy. That lilly-white skin, never thick to begin with, got even thinner.

O'Brien made certain everyone knew he was quitting on principle, after NBC suggested he move his "Tonight Show" to 12:05, making room for an 11:35 return for Jay Leno.

"The Tonight Show" must never air at 12:05, he presidentially declared — and therefore, I must be going.

O'Brien was mad but no one likes a sore loser, least of all that guy who charged up San Juan Hill, so he also made certain that he would leave on a high note: "Please do not be cynical," he told viewers in the closing seconds of his ill-fated "Tonight." "I hate cynicism. Nobody in this life gets exactly what they think they will get but if you work hard, and are kind … amazing things will happen." Roosevelt couldn't have said it better himself, and in a way, already had, many times before. ("It is hard to fail, but it is worse never to have tried to succeed!")

NBC paid O'Brien $40 million to go away, and not appear on TV for a year. Wounded, he launched his Legally Prohibited from Being Funny on Television Tour, which was to become one of his "four stages of anger," as he would later put it. He lashed out at NBC and Leno, and — in the film documenting that strange period ("Conan O'Brien Can't Stop") — his own staffers and himself too.

Whom to blame? In hindsight, most likely no one. His "Tonight" was good but also the sort of acquired taste that the show's typical viewer was never going to acquire. O'Brien was always meant for the stage — just a smaller one.

He'd get that these past 11 years at TBS, where he thrived. Better yet, he branched out, with a thoughtful online interview series ("Jibber Jabber''), hit podcast ("Conan Needs a Friend'') and series of weeklong trips to various countries that expanded — brilliantly — the palette of what a late-night TV show could do.

Coco — like TR, he had lots of nicknames — is leaving late night, but not TV, and will launch a weekly streaming show on HBO Max in the near future. This might seem like a comedown or sideways move, but a former President (the 26th one) long ago advised, "Do what you can, with what you have, where you are."

Fans can be certain this older, wiser Tedhead will do just that.

Twenty-seven-plus years is a long time for anything, but nearly (if not quite) a record for a late-night TV host. As Conan O'Brien steps down this Thursday, here are some of the key moments in this remarkable run:

2010: A hiatus year, when he performed stand-up in "The Legally Prohibited from Being Funny on Television Tour"

While he was still host of "Late Night," one of Conan O'Brien's all-time favorite field pieces was taped on or about June 21, 2004 (and aired June 25, 2004) — right here on Long Island, at Old Bethpage Village Restoration. This unusual remote reflected a couple of his passions: Baseball and old-timey stuff, in this instance, Long Islanders who cosplayed baseball in 1864 uniforms, and who spoke in 1864 vernacular. (O'Brien got into the spirit, too: When a jet flies over, he beckons skyward: "What is that demonry …?")

O'Brien — in handlebar mustache (red, naturally) — took up bat and ball himself, swinging or "hurling" wildly away, when not flirting with bystanders, including one "Nell" who had a compelling back story (her "husband" was off fighting in the Civil War).

This found-comedy gold was in fact based on a real Old Bethpage Village Restoration tradition that goes back to at least 1979 when vintage baseball — or base ball — was played as part of a Civil War re-enactment. And yes indeed, old-timey baseball remains very much alive and well today, with its own roster and schedule (the Farmingdale Modocs, for example, will be facing off against the Manetto Hill Surprise July 4, weather permitting).

O'Brien loved the piece, often replays it (almost certainly it'll air this week during one of his farewell editions). And who knows? Maybe he'll return for a nostalgic look back (so, if you happen to see a tall dude, with a red handlebar mustache, camera crew in tow …) — VERNE GAY