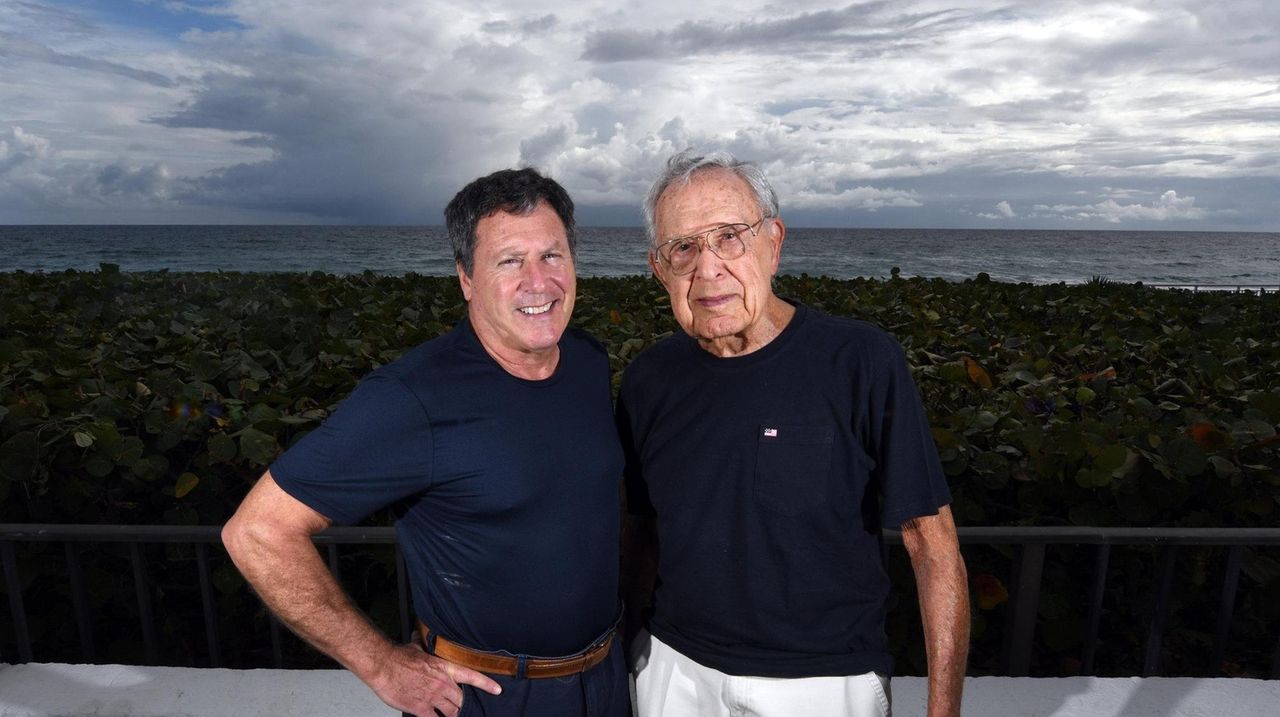 The New York TV news star was once among the most familiar figures in our lives. But as local TV news ebbed their prominence ebbed as well. What happened to these New York TV legends? Today, a visit with Frank Field.

Franklyn Field, now 96, was best known as "Dr. Frank Field," or just "Dr. Frank" to a generation of New York viewers — including its first generation of them. He started full time at WRCA (now WNBC/4) in 1958, went to WCBS/2 in 1984, briefly working there with his son, Storm, before wrapping his career at WOR/9 in the mid-90s.

Field was also New York TV's first full-time meteorologist, and its first health and science reporter. He was the first reporter to telecast live surgeries, the first to launch a weekly program devoted to health topics.

His singular "first," however, saved lives.The Heimlich maneuver, conceived in 1974, was initially debunked by the medical establishment, but over dozens of TV news stories, Field proved otherwise. Since retiring, he's been a tireless crusader for fire safety.

Here's an edited version of my interview with Field, who now lives in Boca Raton, Florida.

First things first, how are you doing?

I'm 96 and will turn 97 in March. I'm walking a little slower, using a cane for assistance, but I've been blessed I've gotten this far. Right now, I'm looking out at the Atlantic. It's all ocean. My wife [Joan] and I have been married 72 years. I've been blessed. We've got a bunch of grandchildren and some great grandkids, so life has been good.

Tell me a bit about your early years growing up?

Grew up in Brownsville [in Brooklyn and] at the time it was a wonderful life, and we didn't know from being poor. It was a tough area and Murder Incorporated [headquarters of Albert Anastasia's mob enforcers] was in the area but we never knew about that. The Dodgers was our team, and it took five cents to get on the IRT."

Did you know what you wanted to do?

I wanted to be a geologist [but] when I got to my senior year [at Brooklyn College], I enlisted in the [Army] Air Force because I didn't want to end up in the infantry. They said, "Gee, we don't need a geologist so let's make him a meteorologist." You can't fight a war with rocks.

You eventually moved to Long Island?

I met my wife, Joan, at Mitchel Field [in Garden City] where I was sent before going overseas. I went to the PX and saw this beautiful, blue-eyed, dark-haired woman behind the counter, and bought a Hershey bar for 10 cents, then asked, "What's your name? … After we got married, we lived in Bellmore, then Massapequa."

What was the job of the meteorologist in the Air Force?

We had aircraft going out well ahead of the bombers [from bases in England] and they'd report back weather conditions to us. It was extremely important to get it right [and] when we started flying troops back from Europe, you'd get on a flight and look down 20,000 feet through an inch of plexiglass to take notes on the weather."

What did you do next?

After I got out of the service, I was offered a position as a meteorologist with the Eighth Air Force, and turned it down — already had four years of "yes sir, no sir" — but I did end up working for the Weather Bureau in Manhattan.

After that, medical school?

I was trying to make a living with three little children, so decided to become a doctor. A friend at Columbia said the easiest way was to become an optometrist. I commuted from Bellmore into the city, would go to school at night, go home, get some sleep, and come back at 5 a.m. the next day."

How did TV come into the picture?

NBC named as head of the affiliates someone from Oklahoma, who owned stations there and who believed in the importance of accuracy in weather forecasting. In the city, we never cared much about the weather, but in Oklahoma, you had tornadoes. He came to New York and said, "I want a real meteorologist."  [Channel 4] called the Weather Bureau and they said, "We do know this guy who's also at Albert Einstein [School of Medicine in the Bronx]."

Your true passion however was never really the weather, but science?

When I was working at WNBC in those early days, I discovered that most other journalists were coming from news and didn't understand science and medicine. … There was an open door here and no one was coming through it.

Let's talk "Project Research," your groundbreaking series about science and medicine that you launched at channel 4 in the early '60s. How did that come about?

In [the '50s] one of the big fights in the medical profession was that doctors were not allowed to promote themselves [but] some of these people were doing things that were worthwhile, and there was an opening to report on them. I started reporting on the then little-known Alzheimer's in 1960, for example.

We ended up doing almost 500 half hours — some of the first reports on Alzheimer's, reports on heart transplants, the first pacemakers, mechanical hearts, a story on cataract surgery with a new procedure. I also did stories on kidney disease and how children were dying because there weren't enough dialysis machines. I had a wide open field until Earl Ubell [former science editor the Herald-Tribune, who joined WCBS/2 in 1966].

You were also a regular on Johnny Carson's "Tonight" in the '60s taped at Studio 6B at 30 Rock, and even famously carried on a mock feud with him?

One day, the cameraman who taped the Carson show at 5 p.m. and was doing the camera for the 6 p.m. news says to me, "Why does Johnny Carson hate you?" I said, "Oh yeah, right." The camera crews were always trying to get me to break up [laughing] when I was on the air live. Sure enough, that night, Carson comes on and tells a joke in his monologue, along the lines of something like, "I found out what our weatherman did during [World War II]. He was the lookout at Pearl Harbor.'' It got a big laugh.

There was also a bit of controversy, too.

During the 11 o'clock news, he had been up at the Rainbow Room, and while I was on the air, he came down and walked into the [Ch. 4] studio then walked up behind me while I was on the air. I thought, "Oh great, now my career is gone." But later the ['Tonight'] show called and said Johnny could use me [as co-host] when Ed [McMahon] was on vacation. You [news people] weren't allowed to go on entertainment programs in those days and I was told that if I did go on, they'd fire me. But I did end up going on a number of times.

I vaguely recall something about a bucket of water getting dumped on your head?

It had been raining for eight straight days in New York, and Carson said, "We've asked Dr. Field to explain what's happening," and he brought out a big weather map. When I turned to it with my pointer, [stage hands] came up from behind me with a bucket of water. He fell off of his chair laughing.

OK, let's talk about what may well be the most important part of your legacy, the Heimlich maneuver.

In the early '70s, I had done a story on [thoracic surgeon] Henry Heimlich and two or three years later he called up saying "I've got a way of saving people before they choke to death." … He said we can save 5,000 people a year with this. I asked if his research had been published — I wanted documentation that it had been accepted [by a medical journal]. … Everyone was coming up with a cure for cancer in those days, so we had to be careful. It had been and we demonstrated it on the air. Two days later we got a call from someone in Brooklyn who said he had used it to save his brother, and wanted to send a check to Dr. Heimlich for $10,000 and needed his address. From then on, we started getting more mail.

We were in a restaurant [and] I guess I didn't chew something properly and started to make the choke signal. Warner got up and gave me the Heimlich grip.

You've had a remarkable career. Your secret?

I have been blessed. I opened the right doors, but it was just plain, ordinary luck. … I can't explain it any other way, and as I said, I would have paid to do this. You get up in the morning and want to get to work. You don't want to stop. You want to go to bed at night, and feel that you've done something.

What ever happened to: Longtime Ch. 4 anchor Sue SimmonsWhere are the legends of New York TV news today? Newsday launches a new series to find out. What ever happened to: John Johnson, longtime NYC news reporterJohnson, network TV's first African-American documentary news producer, spent the bulk of his storied career at WABC/7 as reporter and anchor.