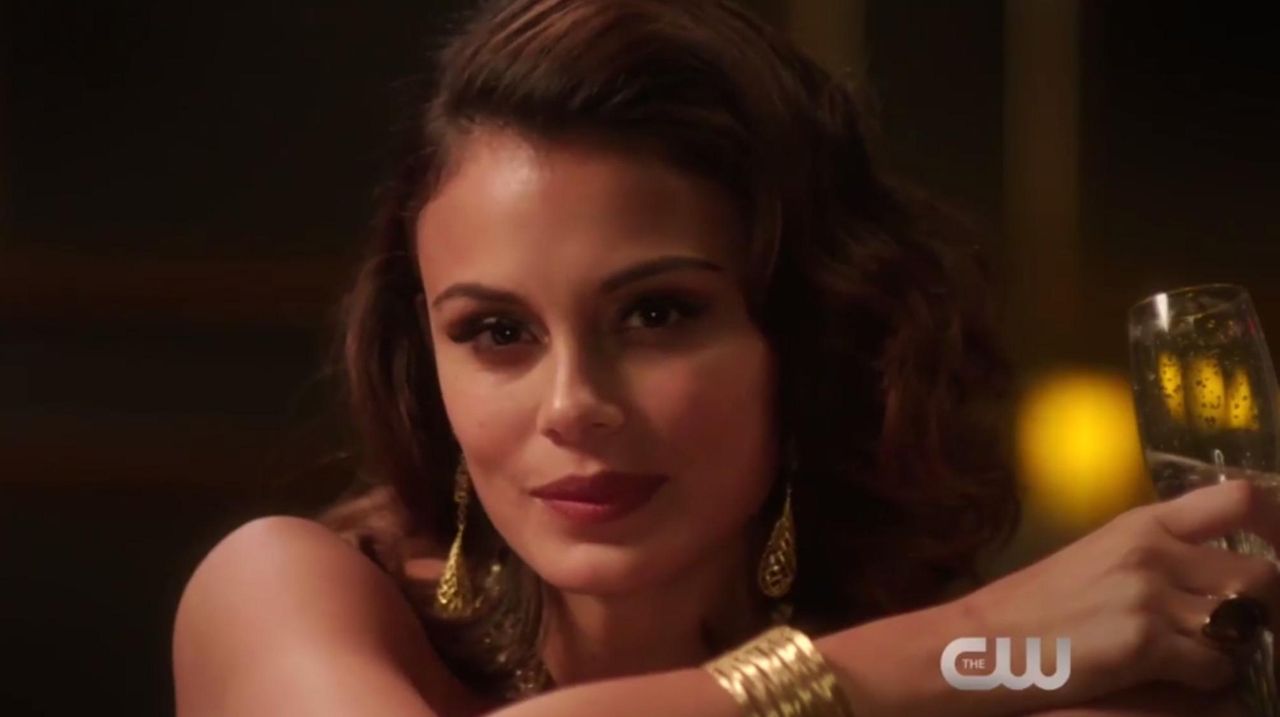 MY SAY The single biggest shocker about this “Dynasty” is that it’s not bad.

“Not bad,” naturally, demands an explanation: This isn’t Harold Pinter, after all, but barely Aaron Spelling for that matter, either. His “Dynasty” — or Esther and Richard Shapiro’s “Dynasty” (1981-89) — was essentially a greed-is-good/excess-even-better ’80s romp stripped of subtlety, irony, substance or conscience. When Joan Collins (as Alexis) arrived the second season, “Dynasty” turned into a running catfight, then a series of cliffhangers, culminating in the cliffhanger of cliffhangers (the Moldavian wedding massacre in 1985 — how could we forget?).

As a viewing experience, the original “Dynasty” was often fun — also guilt-free, calorie-free and disposable. Rebooting this is like rebooting air. The question “Why bother?” is followed closely by “Is that even possible?”

New showrunners Sallie Patrick, Stephanie Savage and Josh Schwartz (the latter two wrote and produced “Gossip Girl”) clearly understand the challenge, and the limitations, too. They don’t want to throw out all the trash (and don’t), but they don’t want to turn this into a parody, either (and don’t). The first catfight arrives toward the end of the first episode, although it’s more of a tussle than all-out mudslinging brawl. They know viewers expect this stuff. You sense the producers don’t quite have the stomach for it, either.

They also want to keep the classic characters intact — and do, although mostly in name only. With hair swept back, touched with gray, Show’s Carrington is a distant reflection of John Forsythe’s Reaganesque Blake. More playboy than patriarch, he’s also more devious, glib and callow. Gillies’ Fallon is a harder, shrewder version of Pamela Sue Martin’s firebrand. The future Mrs. Carrington — Kelley’s Cristal — already has more secrets and skeletons than Linda Evans’ Krystle could ever hope to accumulate over nine seasons. Mackay’s Steven fully embraces his homosexuality while it took Jack Coleman’s Steven most of the original and decidedly homophobic series to get to the same point.

Meanwhile, Alan Dale’s Joseph Anders is the wise, gray eminence — Blake’s so-called “major-domo” — who knows all, sees all, and gets the best lines to prove it. (Lee Bergere played Anders in the old series.)

This “Dynasty” is also diversified. Aside from Diahann Carroll’s three-year run as Dominique Deveraux (and Billy Dee Williams as her husband), ABC’s ’80s “Dynasty”  was almost blindingly white. In a major course correction, one of the dynasties of this “Dynasty” — the Colbys — is black.

Updated, sharply written, socially conscious, this new version wants to improve on the original and often does. But what’s missing is a compelling reason for a reboot in the first place. “Dynasty I” was indulgent escapism. “Dynasty II” is a restrained, self-conscious attempt at that. As noted, not bad — not bad at all — but what exactly is the point?

BOTTOM LINE A sharply produced reboot that never gets around to explaining why it’s back.