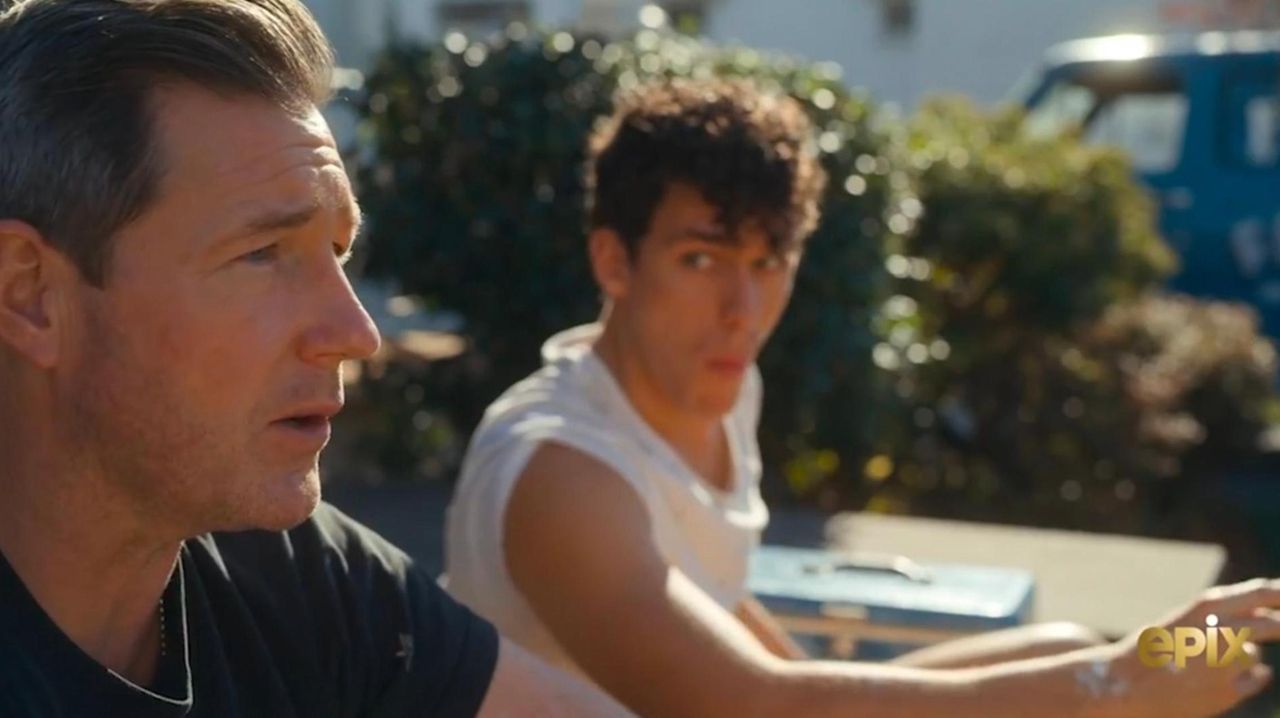 Edward Burns’ new series for Epix, "Bridge and Tunnel," follows several recent college grads as they explore the grit and glitter of New York City in 1980 while still clinging to the safety of their Long Island hometown. Burns shot the show’s six episodes all over the Island this past fall, from a residential street in Lynbrook, which serves as the group’s working-class neighborhood (never explicitly named) to Bay Park in East Rockaway, which provides the backdrop for several hangout sessions. For the show’s first season, though, Manhattan barely seems to exist – and there’s a reason for that.

"When COVID hit, in order to make the show, 20% of our budget had to go toward COVID protocols, which included testing everyone three times a week," according to Burns. "You were no longer allowed to shoot in Manhattan. I probably took 50% of the interior scenes and pulled them into exteriors, just as a way to keep cast and crew safe."

One Long Island landmark he didn’t include: His childhood home in Valley Stream, where he shot much of "The Brothers McMullen," his 1995 career-making film. "I thought about going back there," Burns, 52, said in a recent interview. "But I thought: It's been 25 years. It's time to put ‘McMullen’ in the rear view, you know?"

"Bridge and Tunnel" marks Burns’ first television project since 2015’s "Public Morals." That series, on TNT, was a cop drama set in 1960s New York City — a departure for Burns, whose projects tend to focus on average Joes fumbling through modern relationships with family, friends and lovers. "Bridge and Tunnel" finds Burns returning to that well, but with a few twists. For one thing, the show is another period-piece of sorts, and Burns is too young to have fully experienced the moment himself (he would have been 12 in 1980). For another, Burns is now old enough to be playing the dad, not the kid.

"It kind of dawned on me: ‘Wait a second. Now you’re the John Mahoney character,’" Burns said, referring to the late actor who played Burns’ own father in his sophomore film, "She’s the One" (1996). Now Burns is playing the gruff but good-hearted father, Artie, who splits his time between barbecuing in the backyard and yelling at his dreamer of a son, Jimmy. "I fully embraced it," Burns said of the role. "It was a ton of fun."

The origins of "Bridge and Tunnel" lie in a dinner-table conversation between Burns and Michael Wright, the president of Epix. In Burns’ telling, Wright was looking for a light, breezy, half-hour show that would "put a smile on people’s faces." Nothing dark or depressing — and no serial killers. Burns got back to Wright with some loose ideas and the two brainstormed on what became "Bridge and Tunnel." To get in the mood while writing, Burns listened to early Beatles songs: "They were just positive and fun and filled with love and joy," he said.

Burns ended up with six main characters played by young actors who will likely be unfamiliar to most viewers. Jimmy (Sam Vartholomeos) is an aspiring photographer who wants to work for National Geographic. His noncommittal girlfriend, Jill (Caitlin Stasey), hopes to make it big in Manhattan’s fashion industry. Tammy (Gigi Zumbado) will soon be enrolling in Columbia Business School. Mikey (JanLuis Castellanos) is a gorgeous hunk with no grand plans; his female counterpart is blond party-girl Stacey (Isabella Farrell). The group’s puppyish mascot, nicknamed Pags (Brian Muller), is waiting on an acceptance letter from law school.

Burns said the show is his way of imagining what the older, cooler kids in his neighborhood were doing at the time. "You’d see them on a Friday night, heading to the train to go and have their Saturday night in the city," he said. (The series was originally titled "Gibson Station," after the LIRR stop in Valley Stream.) Burns said he was also drawn to the music and fashion of the period, when long-haired classic rockers were giving way to leather-clad punks and cherry-lipped new-wavers. "By the time I’m of that age, that era and that style was gone," he said. "I think 1979-1980 has always just been that moment in time that I've romanticized."

Vartholomeos, who plays Jimmy, knows something about Long Island: He was born and raised in Queens, spent weekends fishing with his father in Greenport and has family on the Island (including a sister in the Glen Cove area and a brother in Commack). "People think New York is New York, you got one accent, but no," Vartholomeos, 25, said. "Rockville Centre, where we were [staying while] filming, is a little different from Port Jeff or Commack or Kings Point." To take on the role of Jimmy, he added, "It definitely helped being around all those different kinds of people, and channeling different accents I’ve heard throughout the years."

Stasey, who plays Jimmy’s conflicted girlfriend, Jill, had to learn her accent; she’s Australian. Burns had previously cast Stasey, 30, in his 2018 film "Summertime," a precursor to "Bridge and Tunnel" that also focused on a group of young Long Islanders in the early ‘80s. Stasey admits her audition tape for that movie was a little over the top — "I did a really strong voice, like a Cher-in-‘Moonstruck’ voice" — but she’s since toned down the accent. "It was definitely the biggest hurdle for me," Stasey said. "I just hope I’ve pulled it off."

COVID wound up altering the first season of "Bridge and Tunnel" considerably. With Manhattan off limits, Burns had to restrict his action to Long Island. "All of that stuff I wanted to do and re-create 1980 New York City, I have to wait until Season Two for that," he said. Burns trimmed this season to six episodes, down from a planned eight. Scenes that originally took place indoors — say, a diner or a bar — were instead shot outdoors, often in Bay Park. One problem with that: The show takes place during summer, but filming took place from September through chilly late November.

"God bless Ed, he's the eternal optimist," said Stasey. "He'd be like, ‘Can you believe it's November? It's so sunny!’ And we're like, ‘Yeah, we can — because we’re wearing tank tops and booty shorts. We can believe it’s November.’"