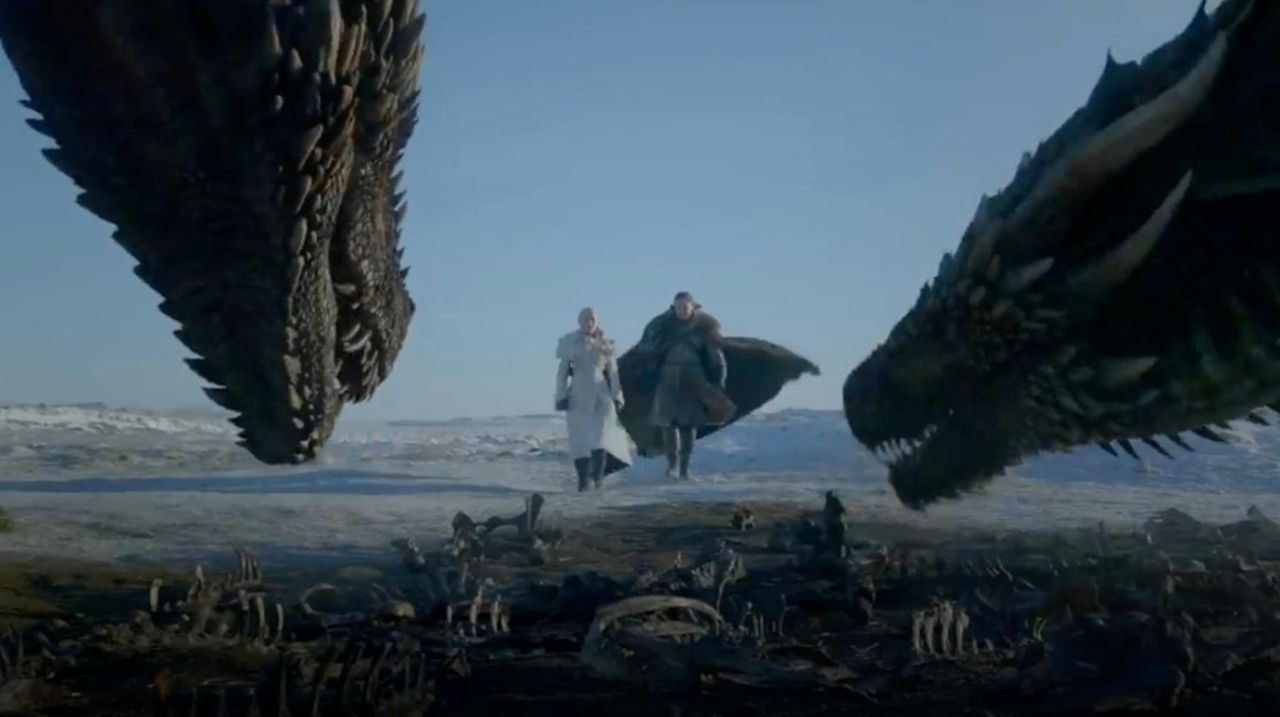 HBO released on Tuesday the first full-length trailer for Season 8 of "Game of Thrones." Credit: HBO

The first official trailer for the final season of HBO's "Game of Thrones" has arrived.

This two-minute-plus eyeful offers the first glimpse of the already-famous Winterfell battle between the armies of the living and those of the not-living. The battle — described in considerable detail in the current issue of Entertainment Weekly — will comprise an entire episode in the eighth and final season, arriving April 14 and will presumably exceed the greatest — or at least one of the most extended — battle scenes in cinematic history: Saruman's Orc army assault on Helm's Deep in "Lord of the Rings: The Two Towers."

The trailer opens with Arya Stark (Maisie Williams) in peril, then her voice: "I know death. He's got many faces. I look forward to seeing this one."

Next up is Bran Stark (Isaac Hempstead Wright) who says, "everything you did brought you where you are now."

Yes, this trailer is Stark-heavy. An important clue in itself?

Cersei Lannister (Lena Headey) is seen in the Red Keep at King's Landing. Her disposition, characteristically, is perhaps just a little too cool, calm and collected. But a bit later we get to her brother, Jaime Lannister (Nikolaj Coster-Waldau — in full beard, no less) promising to "fight for the living."

That, my dear Jon, is because they are dead.

The trailer closes with a master shot of much of the cast, arrayed on the field of battle. Then, into the foreground, a pair of horse's fetlocks step.