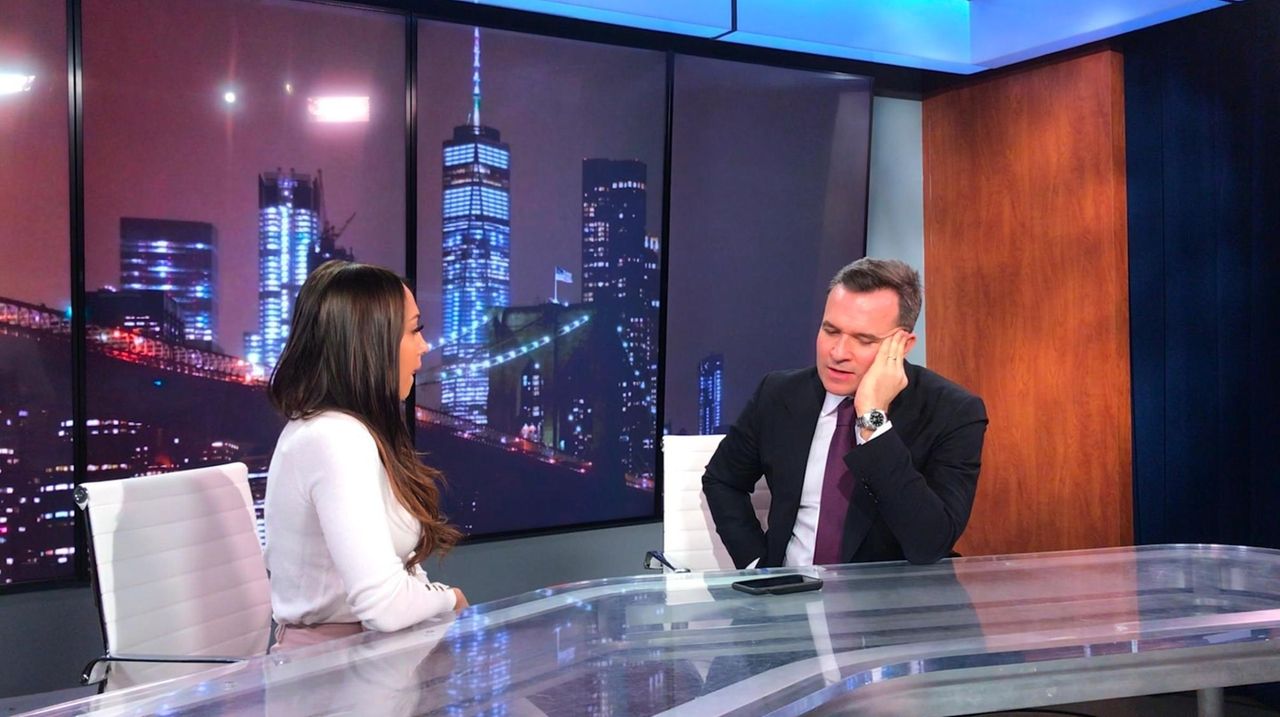 On a September morning in 2017, Greg Kelly surprised "Good Day New York" viewers by quitting the WNYW/5 show he had co-hosted with Rosanna Scotto for nearly a decade. Why? "I can't say nothing about nothing for a long time," he said at the time.

The Garden City native and son of former NYPD Commissioner Ray Kelly spent nine years as a Marine fighter pilot, then later held stints at NY1 and Fox News Channel (White House correspondent from 2005 to '07), followed by the "GDNY" run. He briefly left the show in 2012 after a woman he had met alleged he had sexually assaulted her; the Manhattan DA investigated but concluded "the established facts" did not indicate a crime.

I had a fantastic time there and really liked the people [but] things had run their course … It was time. If I had stayed, I'm telling you, I would have been kicking myself.

Had you thought of leaving the media altogether?

No. [After leaving] I created a new show with my former colleague at Fox News, Maya Zumwalt, granddaughter of Adm. Elmo R. Zumwalt Jr. [chief of Naval Operations during the Vietnam War]. I spent most of 2018 and into 2019 getting it up and running, then we spent months in Hollywood meetings. It's not on hiatus but on the back burner.

What was the show pitch?

I don't want to get into too much detail [about the pilot] but in 2016, much of the media got so much wrong [about the election], and then decided to do exactly what they were doing all over again for 2020. To me, that's shocking. There wasn't a moment of pause — a reflection on 'how did we miss so much?' Why is the media so disconnected from the rest of America? That conversation never happened and it's one I can have every day on this show.

How did you and Newsmax TV get together?

I knew [Newsmax founder] Chris Ruddy by reputation and ran into him at a party on Long Island. We talked about how so much of the media didn’t understand Donald Trump, and were repeating the same mistakes of 2016. We're both interested in creating content that reflects a deeper understanding of the president and the country.

Are you going to be the Sean Hannity of Newsmax? I never really thought of you as a political opinionator.

Back [at 'GDNY'] I didn't bring my [political] opinion into it, wasn't caught up in what President Obama was doing and kept a healthy distance from it [but] hey, I'm an opinionator now. Actually, I don't use that word — I'm more comfortable with 'opinion-based.' In the old days journalists had the luxury of time where you had four or five hours to get up to speed on something [but] now we're feeding on content all day long and encouraged to think critically and uncover new information. But it's one thing to run around when you're 24 or 25 having an [on-air] opinion and another thing when you, the viewer, know it's coming from someone who's lived a fair amount of life, and served in the military, and gone to Iraq. It's not that I'm entitled but I do feel more comfortable expressing my opinions and feel they're more valuable now.

But isn't everyone in one sense or another doing opinion on one of these networks?

Can you talk about what happened back in 2012? Was there a suspension?
I really don't want to talk about it but there was not a suspension. That was erroneously reported in some places. I asked for time off and needed the time off to be interviewed [by the DA] and go through the process. But it wasn't a suspension which implies punitive measures. It was misreported in places and it makes me wonder about the mistakes I've made. I was never charged or arrested, so 'charges' couldn't 'be dropped.'

Just last week, Chris Matthews left MSNBC abruptly after a nearly 25-year run on cable news, reportedly due to comments he made to women. What did you make of that?

When I left it wasn't abrupt and we had a beautiful video for my send-off. I'm grateful for my time there. Matthews left in a huff, Shep Smith in a huff, Brian Williams said 'I'll see you tomorrow' and never came back [to 'NBC Nightly News']. Matthews' biggest problem, and Tucker Carlson said this too, is that he's an older white male and no longer fashionable. NBC is Woke Central [and] they're running scared.

Do you keep in touch with Rosanna?

We text [and] had dinner over the holidays. Sitting so close to someone, three hours a day for almost a decade, you really form a truly unique bond.

I understand you and your wife have a new baby?

So life is good.

Yes, very much so.