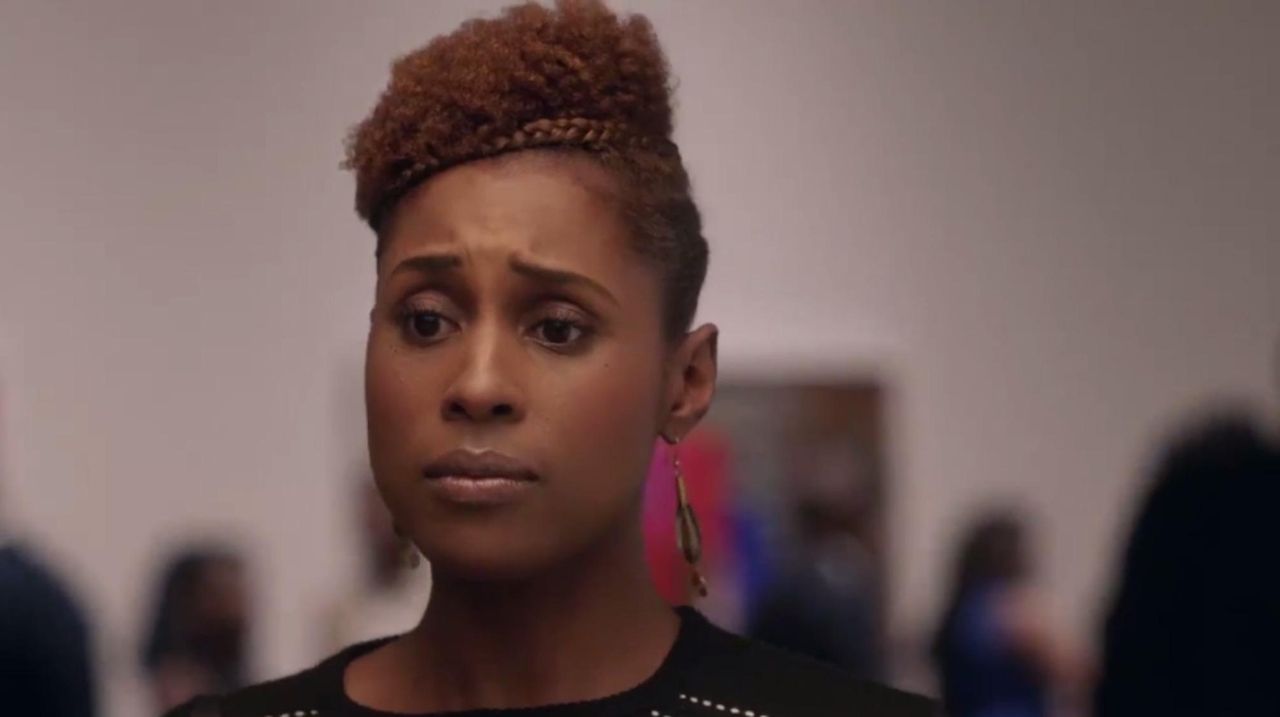 WHAT IT’S ABOUT Issa (Issa Rae) has jumped back into the dating pool after the bitter breakup with Lawrence (Jay Ellis) — who’s moved in with Chad (Neil Brown Jr.). It’s a tough slog out there, but at least she’s got a little help from her friends, Molly (Yvonne Orji), Kelli (Natasha Rothwell) and Tiffany (Amanda Seales). Work for Issa, meanwhile, isn’t getting easier, either, as she and colleague Frieda (Lisa Joyce) try to figure out how to help the kids at a local high school. “Insecure” is adapted from Rae’s YouTube hit (and subsequent book), “The Misadventures of Awkward Black Girl.”

MY SAY Rae essentially jumped from YouTube to HBO with both feet last year, then stuck the landing and got an Emmy nod as acknowledgment. She managed this with a little help (from the show’s top-notch ensemble), but primarily with moxie, talent and screen presence.

“Insecure” was and remains a portrait, or portraits, of a young black woman attempting to navigate work, friends, lovers (or one in particular) and life with the incessant roar of Los Angeles in the background. She still offers a different outlook, voice and style to each of those facets of her personality, and on occasion even offers a different outlook, voice and style to herself. Sometimes when she’s alone in front of a mirror, that Alter Issa arrives — ferocious, unapologetic, in-your-face, or in-her-face. It’s that constantly shifting perspective between the different Issas that provides most of the comedy here and especially the humanity. “Insecure” was and is good because it feels so relentlessly authentic, and she does, too — all of her. (Who doesn’t look into a mirror sometimes and wish someone else was looking back?)

And what worked so well last season works well this season: Issa’s still Issa; Molly, Molly; Kelli, Kelli; and Tiffany, Tiffany. Lawrence is drifting out there beyond their orbit, and occasionally drifts back in. He’s still likable, still grounded, and he’s lost some of the post-breakup anger from the end of last season. But you may begin to wonder this season whether he’s too grounded for Issa. She’s an explorer, at the very least of herself. A cloud follows him around, while it’s left to his roommate, Chad (whom we met briefly the first season) to bring him into the sunlight. In this breakout performance, Brown does the same for everyone else around him, too.

Still, “Insecure” is as much an ensemble show as one about a single woman, and that’s even more evident this season than last, as each of the women develops her own Issa-like facets. This year, Molly begins to see a shrink and learns the meaning of the word “should.” Kelli continues to swing her way through life and, like Chad, brings along the party wherever she goes. There’s a certain amount of joy with this ensemble, and strength in numbers, too. When the four are together, they invariably have fun. They also happen to be the real pleasure of “Insecure.”