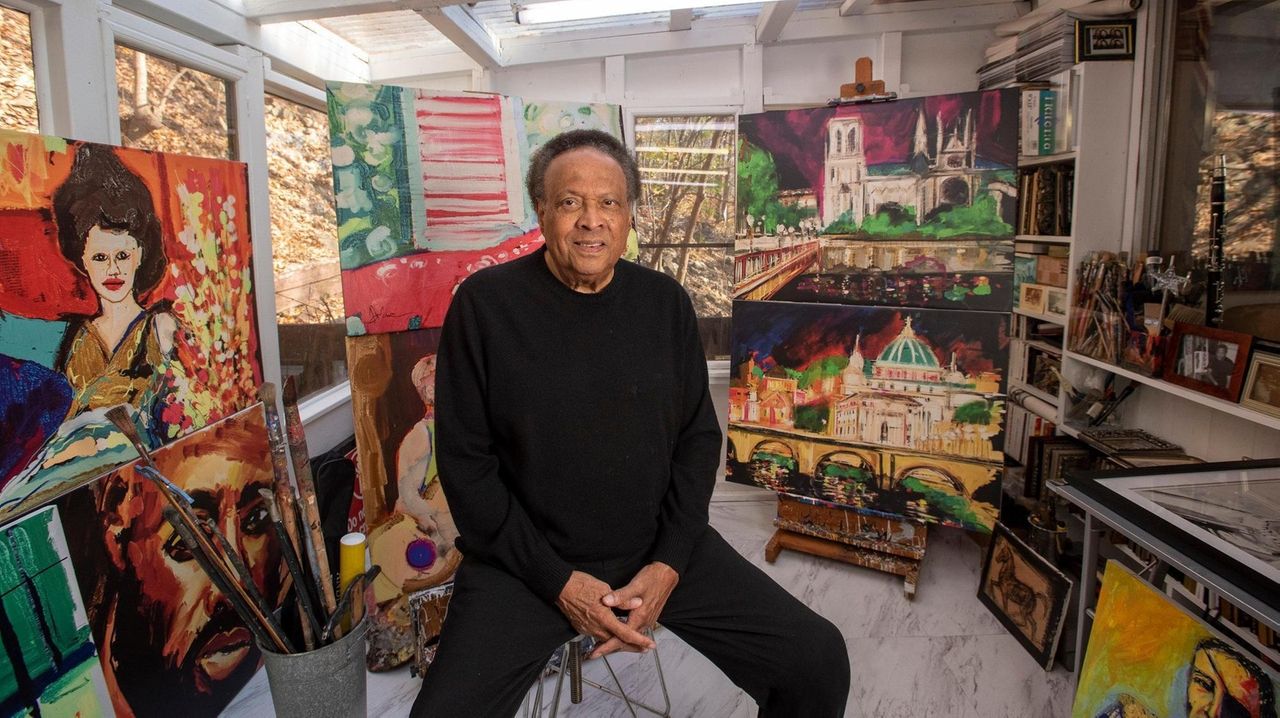 The New York TV news star was once among the most familiar figures in our lives. But as local TV news ebbed their prominence ebbed as well. What happened to these New York TV legends? Today, a visit with John Johnson.

John Johnson, 81, lives quietly now in the Hudson River valley with his wife, Ann Yih Johnson, in a house surrounded by woods and fields. He's a professional artist and has been for decades, but 50 years ago Johnson was a pioneer, as network TV's first African-American documentary news producer, and a distinguished one. Born in Harlem, raised in Bedford-Stuyvesant, he would spend the bulk of his storied career at WABC/7 as a reporter and anchor, before moving to WCBS/2 and WNBC/4. He then walked away from a four-year, $3 million contract in 1997 to care for his dying father, John Johnson Sr., on Long Island.

An edited version of my recent interview with him:

So to set the stage, it's 1968 and you have published an essay that launches your career. That about right? 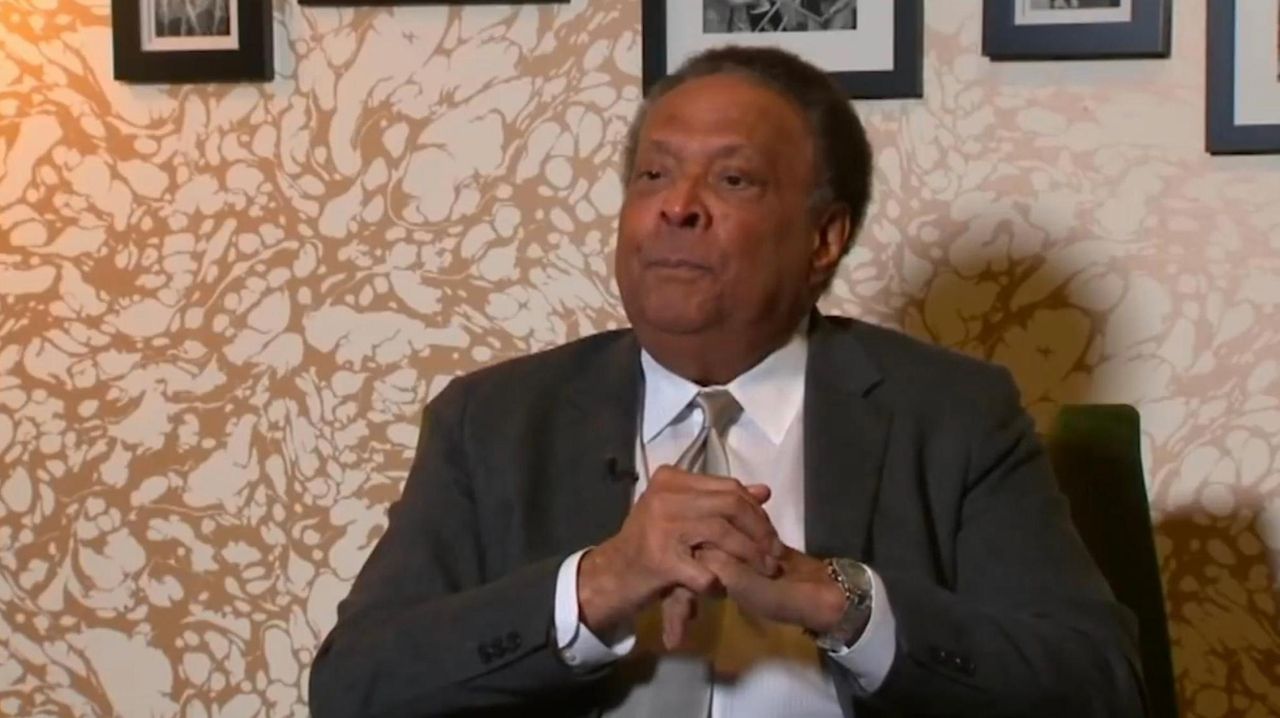 I was working in the New York public school system [and] wanted to teach at a higher level and got a feeler from Lincoln University [southwest of Philadelphia.] But I also had a background in acting, and had studied with Sanford Meisner at the Neighborhood Playhouse and was interested in becoming a director too. So I was trying to cobble all of this together when Lincoln became aware of me because of my writing.

The essay was called "Super Black Man." What was it about?

ABC News then made a job offer?

I said 'no way' [but friends] said, 'Are you crazy, at least go for the interview.'...I did and was offered a job in documentaries as a writer and associate producer. I saw it as a way to learn the TV and movie business...It worked out.

You once ruefully called yourself "ABC's dark secret"— the network's only black producer. What was it like at the time?

There were cameramen who had never taken direction from a black guy. I had to show my stripes and show I was nobody to [expletive] with. I was the middleweight [boxing] champion in City College [so] my reputation became someone who wouldn't take [expletive] from anybody. Eventually I had people want to work with me because they were working on the front lines of documentary television.

Let's reset the stage again. It's 1971 and you are now an ABC News network reporter, about to cover the Attica prison uprising. Walk me through that.

I went to Attica and of course it burst into the psyche of America in this unbelievable way — a revolution in a prison — and while I was there, I was picked as pool reporter to go in with the first negotiating team. As I walked in I heard 'hey John!' and turned and said, 'Billy, what are you doing here?'' Some of the people I had grown up with in Bedford-Stuyvesant were there. Then, sitting at the negotiating table, one of the [prison] leaders said, 'Why don't we take these people as hostages too?' and I told 'em 'you can't do that — you gave your word.'

I almost got killed myself when the assault team came to the prison, and I was outside the walls, and the police and everyone was screaming [racial epithets] and pointing guns at me … Had to hold up my press card and yell don't shoot, don't shoot … In order to file reports [during the siege] you had to knock on people's doors to ask to use their phone [and] I couldn't get into any house because I was black and they were the families of white prison workers [so] I had to drive to Buffalo.

For me, 'Eyewitness' offered what you might call 'social responsibility' and I went ahead and did just that, and also traveled the world, including South Africa where I met Nelson Mandela who I became friends with.

Your reflections now on "Eyewitness News?"

For me, it was a coming together of a great newsroom where I would become senior correspondent and go all over the world — the Gulf War, Bosnia, Somalia … Roger [co-anchor Grimsby, who died in 1995] and I also became great friends. Roger was a veteran of [the Korean] war and I knew he had suffered greatly during the war. There was a sadness about him. There were a lot of other close friends at 'Eyewitness' too. Everyone there was a committed journalist. It was the journalism first, always.

In 1980 you also filed a racial discrimination lawsuit against the station and network. Why?

My lawsuit was based on the fact that I didn't see any real possibilities across the board for upward mobility for black people and I really thought that needed to be adjudicated. It needed to be brought out. When I filed the suit, we did discovery and found that ABC had counted [me] as five different minority hires. The lawsuit [which was settled out of court] wasn't about me. It was about the principle.

During your run as anchor and correspondent, you negotiated a number of hostage situations.

I would try to get everyone to put down their guns, and say, 'You don't want to die over this.' I had a reputation, I guess, as someone who would go in and talk sense to people.

Why though? You could have been killed.

The police asked me to. I certainly didn't want to. They were horrendous situations where anything could happen and you're always taking a chance, especially when people have guns in their hands.

You left WNBC/4 to care for your father at the East Neck Nursing and Rehab Center in West Babylon. Given your fraught history with him, why?

My mother's death [Irene, in 1995] was a tremendous blow to me and while I didn't adore my father I was heartsick when I was working as my mother was dying and I just couldn't bring myself to let that happen again...I'll never forget that when I quit he said, 'You quit to be with me?' I think that's something he left the world with.

You've been an artist almost since childhood. Why art?

The one place I found solace was at the Met. It was like being in a church. But I was always painting. I was long displayed at the Walter Wickiser Gallery [in Chelsea] and had some pieces displayed at the Museum of Modern Art, too.

You once wrote somewhere that painting forced you to face yourself. What did you learn?

That I'm scared in the universe [laughs]. I found I have a lot of fear. But I also liked finding beauty in strange places and exploring how we are multifaceted human beings and not just one thing, and that we could be so many more things if we explored more of what we are.

You are a perfect case in point. Any regrets?
No [pauses]. I was once asked long ago to be one of the first anchors of CNN [when it launched in 1980] and even had lunch with Ted Turner, but I turned it down. Didn't want to live in Atlanta. I could say that was pivotal. Maybe I should have. I don't know. But no regrets.