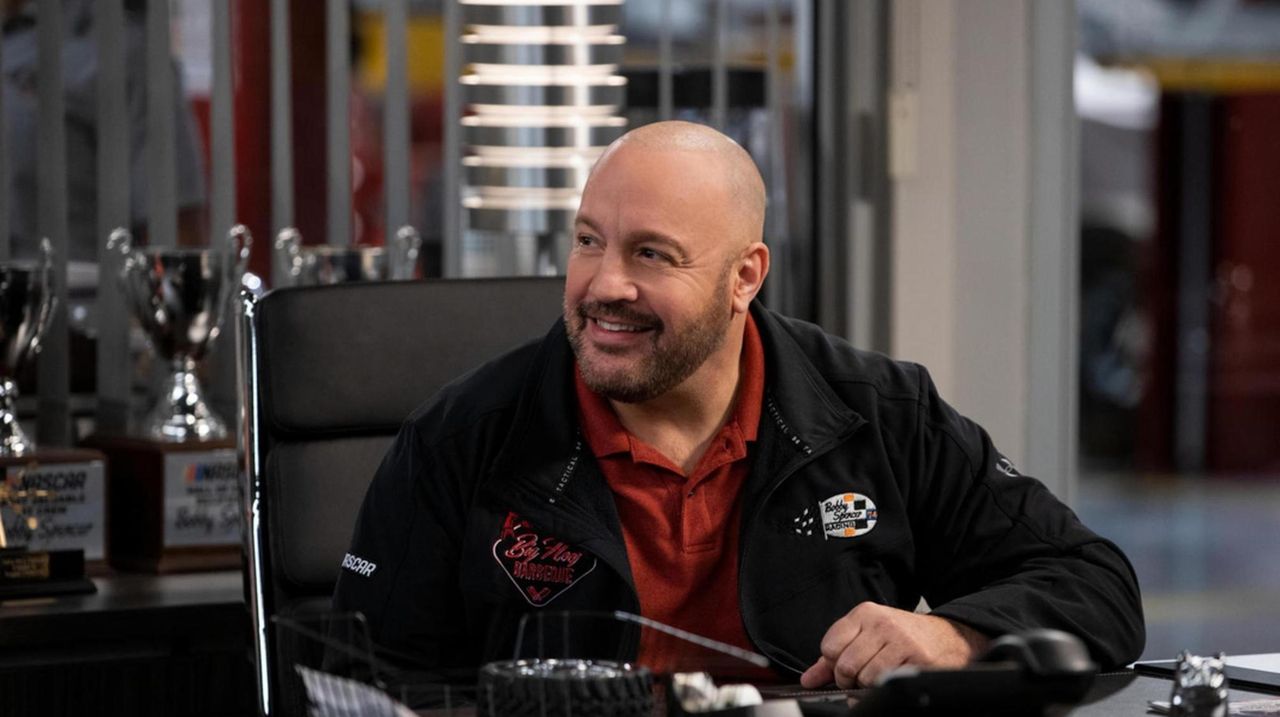 Comedian Kevin James, who grew up in Stony Brook, will star in new sitcom "The Crew." The show about a NASCAR racing crew debuts on Netflix on Feb. 15 and was filmed at Gold Coast Studios in Bethpage. Credit: NETFLIX

"You've got to be kidding me!" says James' character reacting to the management change in the trailer. "I have underwear older than her."

The show, which drops the day after NASCAR's real-life Daytona 500 race, was shot at Gold Coast Studios in Bethpage. However, there will be actual race coverage from the 2020 NASCAR season featured in the program (courtesy of driver Reed Sorenson).