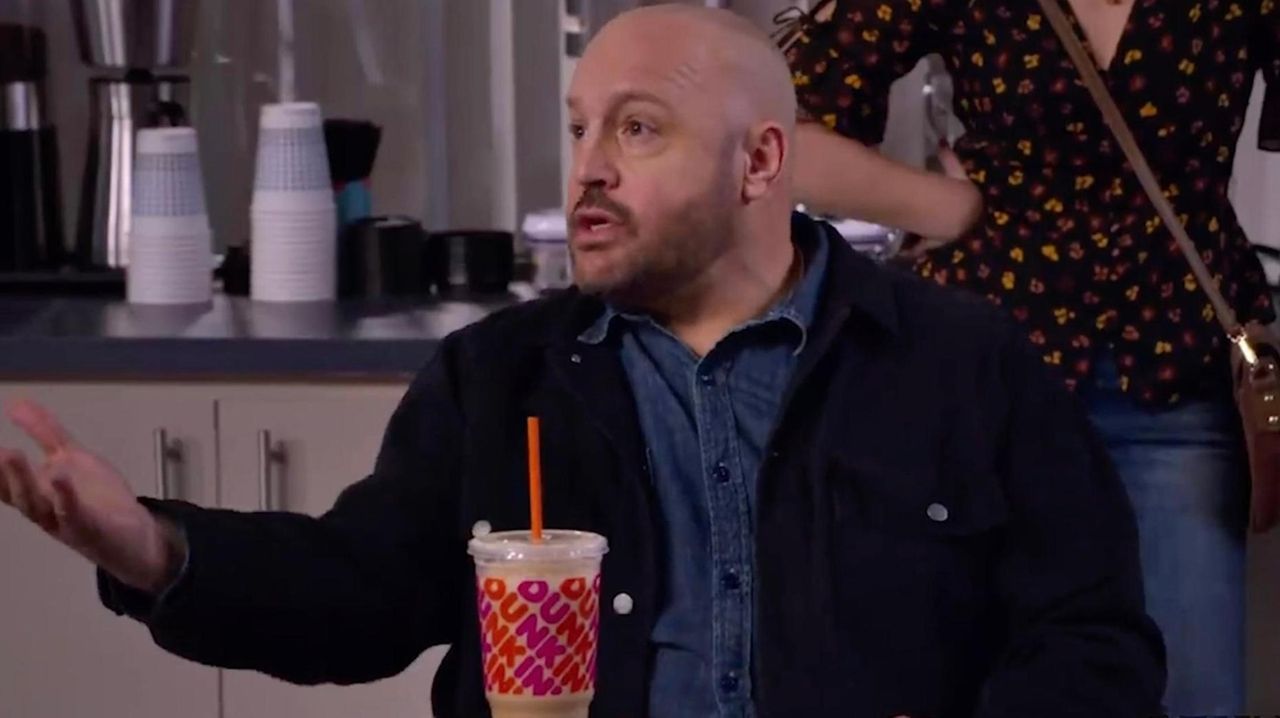 "The King of Queens" is now looking to become the king of streams as comedian Kevin James, who grew up in Stony Brook, launches his new NASCAR-themed sitcom, "The Crew" not at his former home CBS, but rather on Netflix starting Monday.

"This is much, much better from every angle! Netflix has got a wider audience and a wider reach," says James, 55. "I couldn’t be more excited about this show. I want to get it out there."

The show centers on the Bobby Spencer NASCAR racing team, which James’ character Kevin Gibson runs as the crew chief. When owner Bobby Spencer (Bruce McGill) decides to retire, he puts his daughter Catherine (Jillian Mueller) in charge, much to the crew's chagrin.

"I saw it right away. It was a workplace comedy, which I was excited to do in an amazing time of NASCAR," says James. "It was butter, just a no-brainer."

James had success for nine seasons on "The King of Queens" (1998-2007) on CBS. However, when he returned to the network in 2016 with "Kevin Can Wait," the second show wasn’t as popular. The domestic sitcom, which was set in Massapequa, changed direction from season one to season two and was then canceled.

"When you try to form something into something — it’s not this and then it’s that … you are worrying about the ratings every week and changing it based on the ratings, it’s no way to govern the show," says James. "The show has to be what it is. It either works or it doesn’t work. That’s what you get at Netflix. You can do what you want to do, go where you want to go and they assist you in that. I’ve never experienced that as much as I have here. It makes it fun. They get it."

Even though James is the star, the show is a group effort as the title suggests.

"We’ve got the greatest cast. It's the perfect blend. I knew right away when we were shooting the first and second episodes," he says. "It was like we were in our fourth season of a well-oiled machine where it just felt so good."

However, the pandemic had an impact on the show as only seven of the 10 episodes were completed when production had to shut down for safety reasons. But, the cast returned in late summer to complete the last three episodes.

"The timing of the cast and crew was right there. You don’t want to get ring rust and have everybody come back and not feel the same energy," says James. "The layoff didn’t affect us at all. We finished up strong."

Even though the show takes place in Charlotte, North Carolina, there are winks to Long Island peppered throughout the series like references to Billy Joel tickets, Blue Point Toasted Lager beer and Stephen Baldwin. One character is even named Beth Paige after the hamlet in Nassau County.

"You can take the boy out of the city but you can’t take the city out of the boy," says James. "It’s where I’m from and we just naturally do it. There’s nice little pops in there. It works."

James, who resides in Nassau County, had a short commute as the show was shot at Gold Coast Studios in Bethpage using the same crew from "Kevin Can Wait."

The common ground that all three of James’ sitcoms share is his signature comedic timing, which seems to come naturally to him.

"Some of it is innate from my family and growing up around them," he says. "Stand-up helps too."

James got his start doing stand-up comedy at the former East Side Comedy Club in Huntington in his ‘20s with fellow Long Island comedians Joey Kola, Adam Ferrara and his brother Gary Valentine.

"That’s where I cut my teeth," says James. "[Owner] Richie Minervini was the one that enabled all of us to go down every night and work out stuff. We’d just spend time on stage and being horrible … really work through it until you feel more comfortable to develop a persona."

One of the performers James worked with at East Side is his frequent collaborator Rock Reuben, who grew up in Stony Brook and writes for "The Crew."

"Rock and I grew up together. He knows my voice," says James. "Our writers know my comfort zone and what I can do. They will also take me out of my comfort zone in a good way and throw me some different stuff."

Although his character's name is Kevin in this show, viewers might do a double take when they see James because he’s sporting a new look with a shaved head and full beard.

"My hair was getting thinner and thinner, spraying stuff in there every year. It was harder and harder to keep going with that," says James. "I kind of wanted to try something different."

In addition to returning to TV, James also wants to get back to performing stand-up comedy at The Paramount in Huntington as soon as possible.

"I can’t wait to get back there. It’s an incredible place to perform," says James. "The one thing I’m missing so much is stand-up."

Even though he recently purchased a home in Florida, James says he has no plans to leave Long Island.

"Long Island is just home. It’s a part of me. I was in L.A. for 17 years and I missed everything," he says. "I’m always going to keep a base on Long Island. It’s always nice to be there — the food, the comfort, the people. It’s a quality you can’t get anywhere else."

MEET THE MEMBERS OF “THE CREW”

“The cast we have is so unique,” says James. “Each one in a different way has brought something that challenges me, which is phenomenal.”

Here are the actors involved and where you might have seen them before on TV:

DAN AHDOOT He's the chief engineer of the racing team Amir Lajani. Ahdoot can also be seen in another Netflix series, “Cobra Kai.”

BRUCE McGILL Team owner Bobby Spencer is played by McGill, who is best known as D-Day from the 1978 film, “National Lampoon's Animal House,” but was last seen on episodes of “Shades of Blue” and “Suits.”

JILLIAN MUELLER Mueller portrays the boss’ daughter Catherine Spencer, who comes in to modernize the racing team, quite different from her roles on “The Last O.G.” and “Law & Order: Special Victims Unit.”

FREDDIE STROMA As dimwitted NASCAR driver Jake Martin, Stroma is the heartthrob of the show. Viewers might recognize him from Netflix’s “Bridgerton” (as Prince Friedrich) and “Time After Time." He also appeared on the big screen in "Harry Potter and the Half-Blood Prince."

GARY ANTHONY WILLIAMS Wiseguy mechanic Chuck Stubbs is embodied by Williams who has appeared on “The Neighborhood” and “I’m Sorry.” — DAVID J. CRIBLEZ