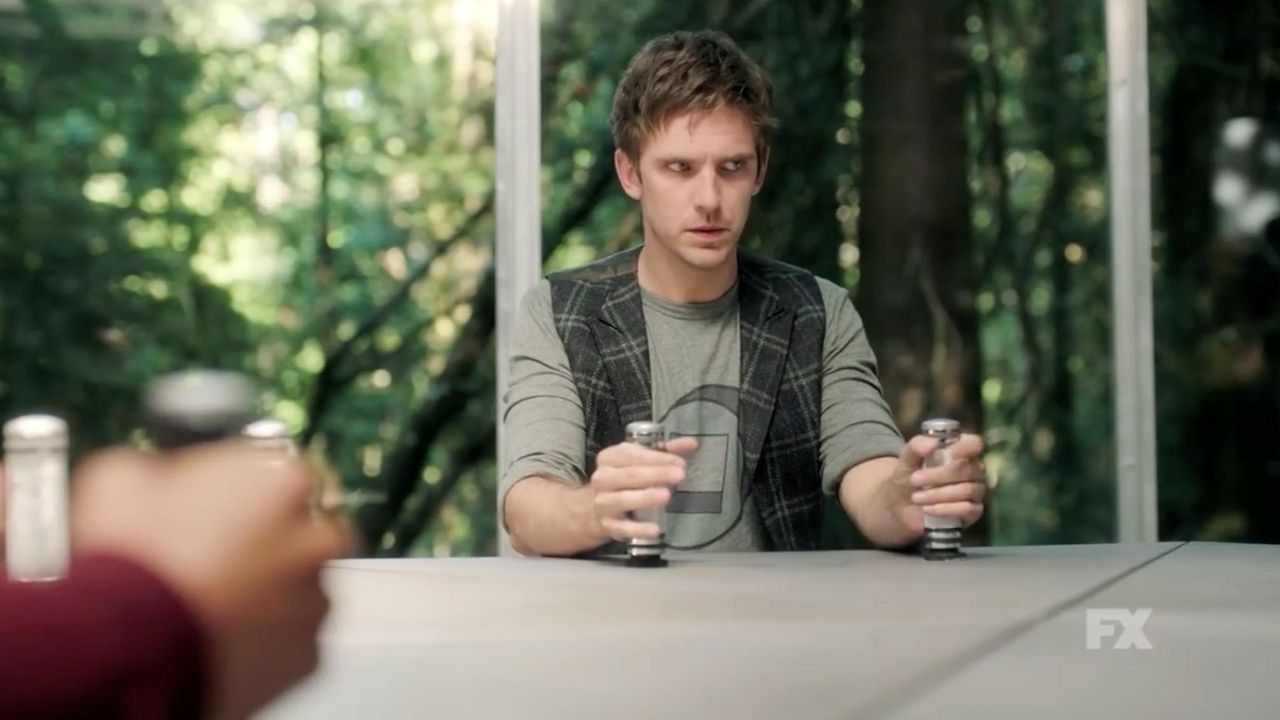 WHEN | WHERE Premieres Wednesday at 10 p.m. on FX

WHAT IT’S ABOUT David Haller (Dan Stevens) was diagnosed as a schizophrenic in childhood, later institutionalized, while he now whiles away his days in either a drug stupor or conversations with friend and fellow inmate Lenny (Aubrey Plaza). One day, a new patient, Syd (Rachel Keller), turns up, and David is instantly attracted to her. But she’s there for a reason — to free David, so that his true powers can be unleashed by a very special therapist, Melanie Bird (Jean Smart), and her associates Ptonomy (Jeremie Harris), Kerry (Amber Midthunder) and Cary (Bill Irwin).

David, in fact, is a “mutant” — of X-Men fame — whose power of psychokinesis is trapped within his own mind. Meanwhile, evil government officials, notably someone known as “The Eye” (Mackenzie Gray), want to capture, or kill, David. This is based on the Marvel Comics character and story of the same name, and adapted for television by Noah Hawley (“Fargo”).

MY SAY The only thing trickier than watching “Legion” may be describing “Legion.” Here’s one valiant attempt: It’s a series of memory plays, each embedded within the other, like Russian dolls, while the job of accessing these memories is essentially the job of Melanie, Ptonomy, Kerry and Loudermilk. It’s your job as well. (That is, “yours” if you choose to watch, although after reading this, you may have second thoughts.)

David has multiple personalities — now more commonly known as dissociative identity disorder — and each one of those is a highly unreliable guide to the facts of his life, such as they were, or as he thinks they were. This tour of David’s mind grows ever more tangled when you come to understand that some memories bleed into others, as if one Russian doll merged with another. For example, Lenny is dead in one memory, very much alive in a parallel one.

Bearings, meanwhile, don’t come readily, or at all. Even casual viewers know this is all part of the X-Men universe, which includes David — Legion — a mutant, son of Professor X. But David doesn’t know this, at least yet, and you’re really not supposed to, either. Therefore, rules to both this world and the story shaping it arrive fitfully. The future’s ahead of us, and for David, too. The baffling present is what we have to worry about for the moment.

In any event, Hawley doesn’t have much interest in narrative rules. He does appear to have a huge interest in a whole bunch of classic “Rashomon”-like movies that play with the notion of unreliable narration, fractured perceptions and fractured realities such as “Blow Up,” “Memento” and “Eternal Sunshine of the Spotless Mind.”

As writer and director, Hawley’s also got the whole candy store, along with a compulsion to put as much candy on screen as possible. Consequently, “Legion” is sumptuous to look at, often difficult to assimilate. There’s a subversive logic to all this because we are, after all, on a magical mystery tour through David’s dreamscape as well as his multiple memories.

But you may be left with the impression “Legion” is a little more in love with those visuals than an actual story that binds them all coherently together. “Legion” does lurch into incoherence at moments — the price of entering an incoherent mind, I suppose — but a little more story, and a little less art, just might make this newcomer a little more engaging.

BOTTOM LINE Beautifully crafted, occasionally incoherent, often challenging and insistently demanding, but what’s not entirely clear in the early episodes is whether the payoff will be worth all the trouble.