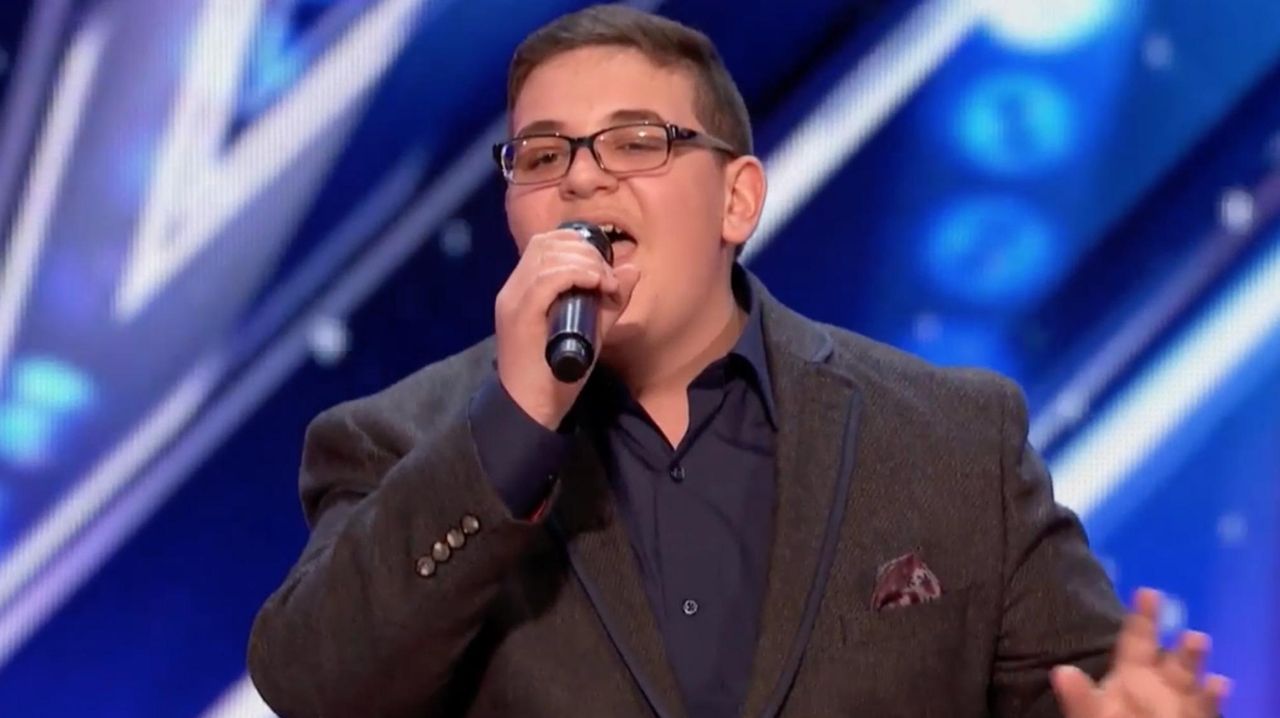 Christian Guardino, a 16-year-old from Patchogue, sang the Jackson 5's "Who's Lovin' You" on the "America's Got Talent" show airing Tuesday night, June 13, 2017, and received a Golden Buzzer from judge Howie Mandel, guaranteeing the teen tenor a place on the upcoming live shows. Credit: "America's Got Talent"

Patchogue’s Christian Guardino, whose powerful audition on “America’s Got Talent” Tuesday night earned the teen singer a Golden Buzzer pass to compete on the upcoming live shows, says that his performance “is always going to be one of the most positive experiences of my life and something I’m always going to remember.”

Guardino, who turned 17 in March and starts his senior year at Patchogue-Medford High School this fall, says that while he’s sung on national TV before — earning a standing ovation on Fox’s “Showtime at the Apollo” in December — he was more than simply nervous on “AGT.” “Ohmigosh, I was horrified!” he says. Of the four judges, he most wanted to impress music producer Simon Cowell. “He’s always so brutally honest,” Guardino says. “If anybody is going to tell me how it is, it’s him.”

And when he killed it onstage, earning plaudits from the judges and cheers from the audience, “Part of me did feel really relieved,” Guardino recalls. “It made me feel like this is what I’m meant to do.” When judge Howie Mandel hit the Golden Buzzer, “I felt like I was gonna cry. I’m sure I did.”

“This has pretty much been surreal for both of us,” says his mom, Beth Guardino, a registered nurse at Sagamore Middle School in Holtsville. She had accompanied Christian to the audition, though his dad, Nino, who makes pizza at the PeraBell restaurant in Riverhead, had to stay home to work. The couple, married 20 years, also have a younger son, Nicholas, 14.

Christian — who has performed multiple times at the Apollo Theater and sang the national anthem at an Islanders game, among other gigs — suffers from the rare retinal disease Leber congenital amaurosis, which his mother says affects “only one in 100,000 births. Both Nino and I had to be carriers. What are the odds? A man I meet on the other side of the world” while she was vacationing in Sicily. “It’s like it’s fate.”

A pioneering gene therapy developed by the University of Pennsylvania’s Scheie Eye Institute in 2012 helped Christian significantly, though he remains legally blind. “I still have some issues with my sight — reading and sometimes getting around. But I’ve been able to do things I’d never been able to do before” such as play basketball and “walk around the neighborhood with my friends in nighttime.”

He definitely saw the confetti that rained down on him after the Golden Buzzer sounded. “Yeah,” he recalls happily. “I was actually on my way off the stage and I started grabbing the confetti and putting it my pocket. It was hilarious! They even boxed some up and sent it to me!”