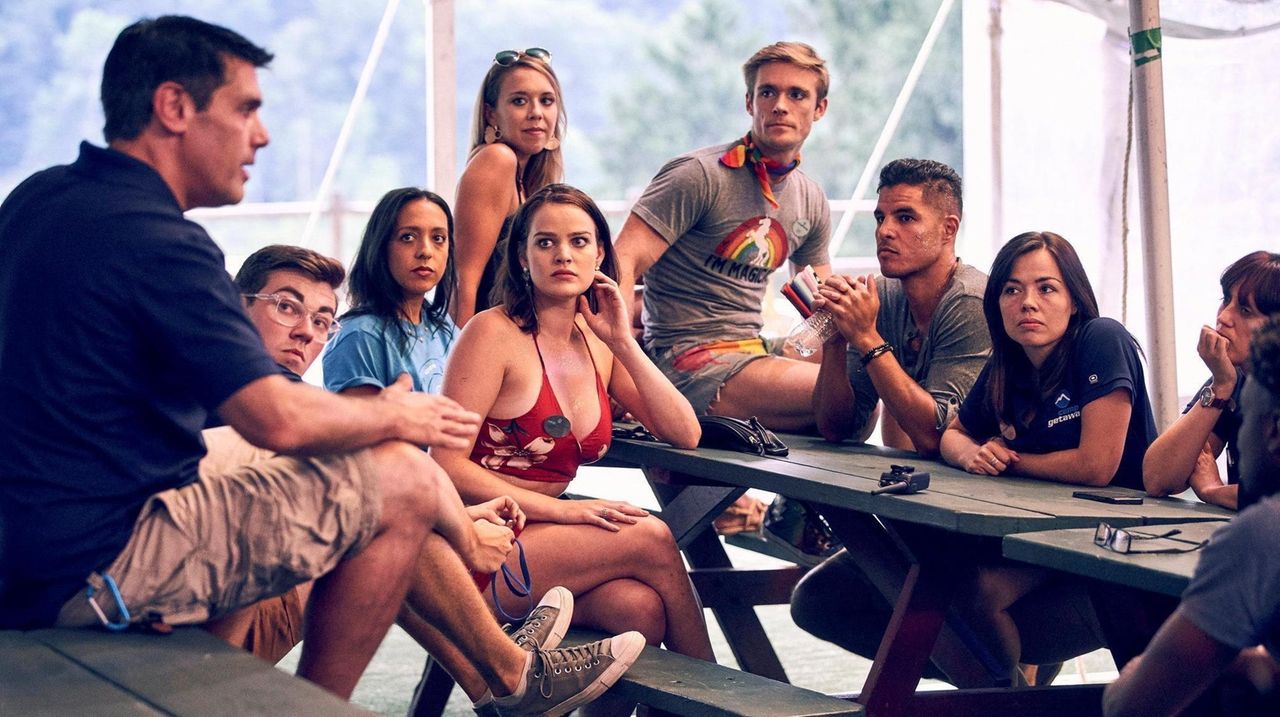 Adult coloring books. Adult kickball leagues. So why not an adult summer camp, where "bunkmates" takes on a whole new meaning? Such is the namesake locale of Bravo's new "Camp Getaway," premiering Monday at 10 p.m.

"What we wanted to accomplish is for you to be able to say, 'I've been to camp,' no matter if you're 12 years old or 60 years old," says Merrick-raised David Schreiber, 48, who with his wife Gayle owns the Kent, Connecticut, camp where children frolic on weekdays from April to October, but where on weekends, city singles have playdates no kid could imagine — because along with the usual water skiing, ziplining and team sports are booze-fueled bacchanalia.

Or as a camp counselor puts it in one episode, "If the cabins are rockin', don't come knockin'."

That's part of such shows' appeal, of course, as evidenced by the hookup-happy culture of Bravo series from "Summer House" to "Below Deck." Schreiber, who tiptoes around the subject, says only, "I make sure that my campers are safe while they're pushing the boundaries of letting loose and having a good time."

"We're about making people feel comfortable and heard and kind of tapping into what makes them," says the effervescent Klein, 34, an educational administrator who lives in Manhattan but is sheltering through the pandemic with her parents in Westbury. "Some people come with friends, some are there on their own, so I like the idea of being this person that can show them they can have a good time, they can meet people and experience new things."

Schreiber, a former corporate recruiter and the father of two teens, has been running camps since 2001. In 2012, he and his wife bought Club Getaway — still the official name, though called Camp Getaway on the show — which had famously been previous owner Victor Fink's hedonistic, Club Med-inspired adult resort starting in 1976. Before that it had been Camp Leonard-Leonore, owned by dad George Fink, who had bought an existing camp in 1946.

As a child, the Philadelphia-born Schrieber moved frequently with his family as his army-dentist dad, Stephen, was transferred from post to post. They settled in Merrick, where David Schreiber graduated from John F. Kennedy High in Bellmore and, later, the University of Delaware. His mother Marilyn is a retired teacher who taught in East Meadow.

Now living in Ridgefield, Connecticut, Schreiber appreciated the fact Klein was a fellow Long Islander. "There's s a certain thick-skinned wit, I think, that comes from Long Island, that I grew up with," he says.

Klein, a 2004 John L. Miller-Great Neck North High School grad who went on to the University of Michigan and then to a special-education and teaching master's at Hunter College, taught for years before becoming an administrator. The middle of three children of dad Andrew, who works in wholesale food distribution, and mom Jill, a speech pathologist, Klein "loved, loved growing up in Great Neck. I just had the best kind of childhood experience."

And that included summer camp.

"I went to camp since I was, I think, 8 years old. I love camp," Klein says. Schreiber "could see that I was a lifelong camper and just love and got what camp is, what it's about."

It was then more about rifle shots than Jell-O shots, of course — and getting to second base meant something completely different.