The incredible journey of 12-year-old singer Luke Islam on "America's Got Talent" came to a close on Wednesday's semifinals results show, when the Garden City South youngster was not among the five semifinal acts moving forward.

After the dance troupe V. Unbeatable and the Detroit Youth Choir became the first acts chosen by viewer votes to progress to the finals, Islam was called to the stage alongside the vocal quartet Voices of Service. When the group's name was called instead of his, Islam — in a show of grace beyond his years -- walked to the group and embraced its female vocalist in a long hug.

Watch: LIer, 12, gets another standing ovation on 'AGT'

In a July episode shot in March, Islam earned a Golden Buzzer from judge Julianne Hough, sending him straight to the live quarterfinal round on Aug. 14. There the H. Frank Carey High School student received a standing ovation from the audience for his soulful rendition of "You Will Be Found" from the Broadway musical "Dear Evan Hansen."

This sent him to the semifinals, where on Tuesday he earned yet another standing ovation after belting out a powerful version of "Never Enough" from the 2017 movie-musical "The Greatest Showman."

In a prerecorded moment on Wednesday's show, backstage in the Dunkin Lounge at the Dolby Theatre in Hollywood, host Terry Crews asked Islam what advice Islam had for others his age wanting to be like him.

"Stay true to yourself," the tween answered, "because that's what everyone wants to see."

The live finals of NBC's "America's Got Talent" air Tuesday and Wednesday from 8 to 10 p.m. each night. 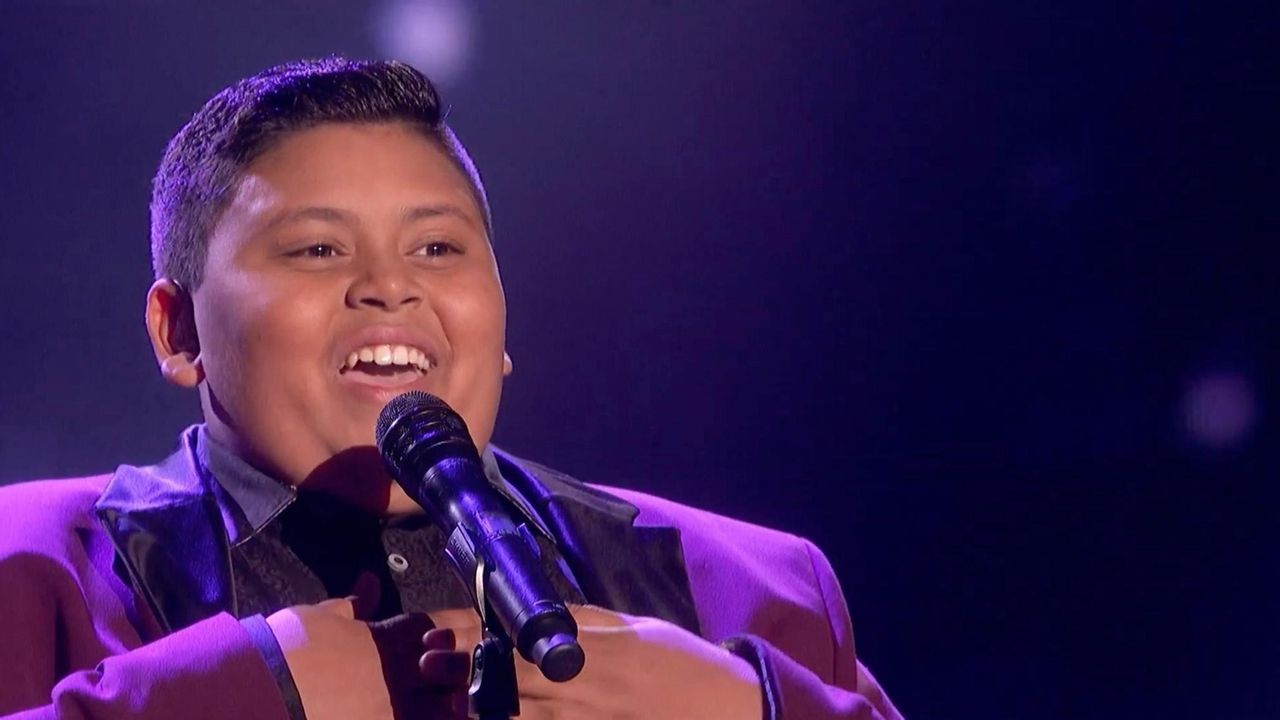 Watch: LIer, 12, gets another standing ovation on 'AGT'Luke Islam, 12, from Garden City South sang live on the "America's Got Talent" stage, one week from the finals. LI's Luke Islam, 12, moves on to 'AGT' semifinalsLuke Islam received enough audience votes on the "America's Got Talent" live results show to move on to the semifinals. LI singer to appear live on 'America's Got Talent'Luke Islam, the 12-year-old whose performance won him a Golden Buzzer to the live shows, will appear on the first live quarterfinal. LI tween talks about his big night on 'AGT'Luke Islam says his musical-theater ambitions started after seeing "Spider-Man: Turn Off the Dark" when he was about 6.