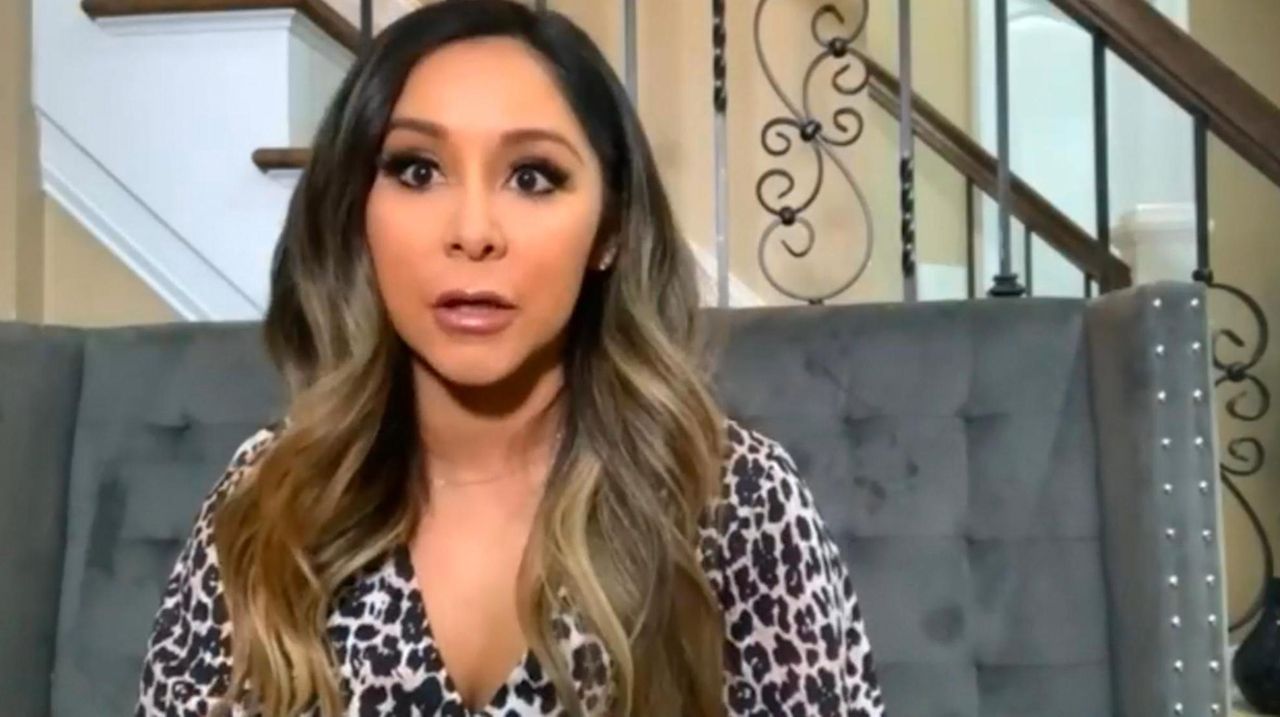 The streaming service Discovery Plus highlights the world of Long Island cabana life in the one-hour special "Beach Cabana Royale," premiering Tuesday and hosted by a famous habitué of another beach culture, Nicole "Snooki" Polizzi.

"You know, I'm known for 'Jersey Shore,' and this is a beach show," Polizzi, 33, said in a Zoom interview from one of her two New Jersey homes, explaining how she came to be the face of the cabana-renovation competition. The show gives three designers each 12 hours and their own carpenter and supplies to redesign and refurbish a worn-out cabana at the New York Beach Club on Ocean Boulevard in Atlantic Beach.

"I was so excited because I definitely want to get into hosting," says the reality-TV star from MTV's "Jersey Shore" and "Jersey Shore Family Vacation." "And being on a beautiful beach for five days was amazing."

The special finds Karla Graves, of Birmingham, Alabama; Wendell Holland, of Philadelphia; and Brooklyn's Delia Kenza each upgrading one of the club's signature cabanas, which often are passed down through generations of families who renew yearly memberships and cabana rentals.

Polizzi — none of her family or friends calls her Snooki, which, she says, "is, like, my stage name" — did not herself grow up among cabanas. "Where we went, Point Pleasant and Seaside [Heights, New Jersey], they don't have beach cabanas," she says. "You go to the beach, you have your shore house. So it was definitely different."

Judged by Egypt Sherrod (HGTV's "Flipping Virgins" and "Property Virgins") and Orlando Soria (HGTV's "Build Me Up"), with a prize of up to 100,000 meals donated in the winner's name to the organization Turn Up! Fight Hunger, the special filmed for two days in October, with what a New York Beach Club representative recalls as a roughly weeklong production schedule under COVID-19 protocols.

Unrelated to that, Polizzi months later has been diagnosed with the virus. "I have Covid," the married mother-of-three wrote Sunday on Instagram, adding, "My symptoms started out as just a bad sinus cold. Headache, Stuffy nose & mild cough. Then I felt super tired and ended up napping all day which made me go get tested. … The rest of my family tested negative, so I am here hiding out in my bedroom until this is over."

In the Zoom interview she had noted that, "My dad got the vaccine because he's a firefighter. My mom I think is getting it because she's a nurse. And my grandma is in a nursing home and I feel like she's lined up to get it."

"Appreciate all the DMs," Polizzi said Sunday in a video on Instagram Stories, where posts cycle out after 24 hours. "You guys are amazing and the fact that a lot of you are going through what I'm going through right now is so sad. I'm so sorry."