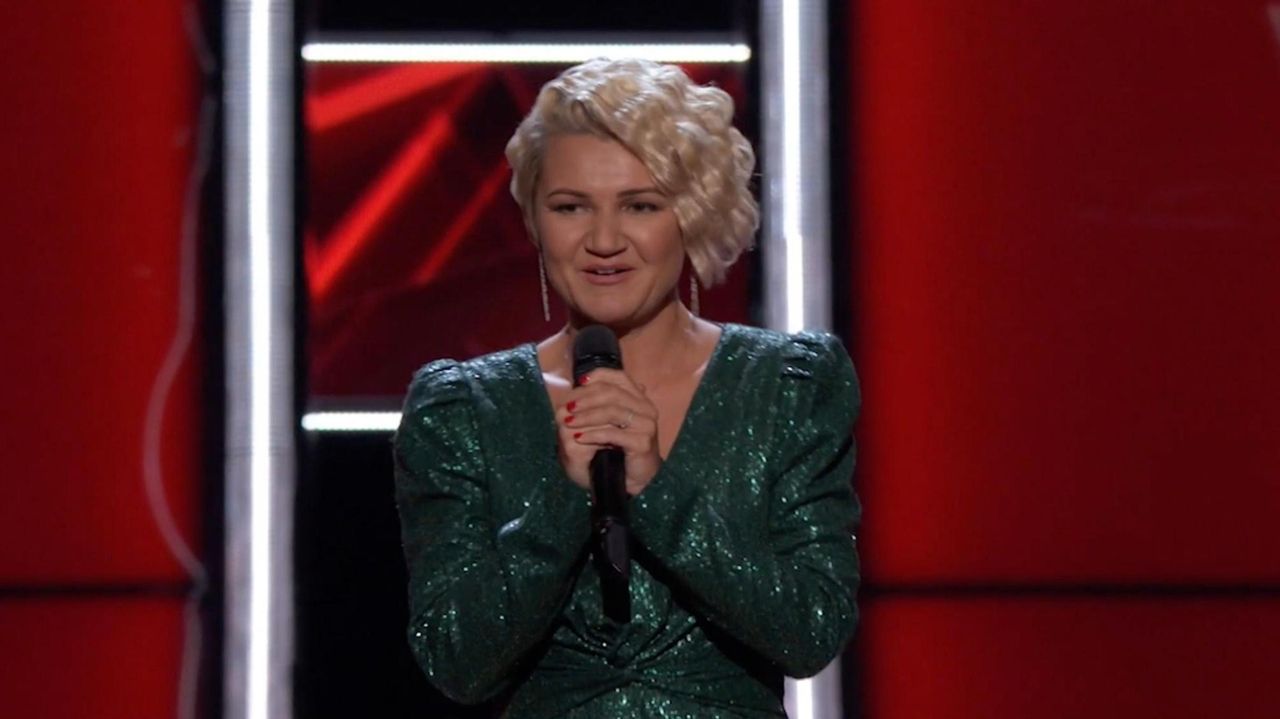 Singer Marina Chello, from Plainview, wowed the professionals on the season 17 premiere of NBC's "The Voice” Monday, earning a place on coach Blake Shelton's team.

"I've gotten so many messages today!" the 37-year-old Chello, who sang "Walk Me Home" by Pink, told Newsday on Tuesday. "It makes me feel like I'm on the right path and doing the right thing. I'm so excited to represent Long Island. I want to make people proud and tell my story with my songs and my music."

"#TEAMBLAKE !!!!!!! Thank you so much @NBCTheVoice for this!!!!" Chello tweeted Monday. "Im beyond excited and soooo grateful! Thank you @kellyclarkson and @blakeshelton for turning for me and making my dreams come true!" Kelly Clarkson was the second coach to turn her chair during Monday's blind auditions.

Born Marina Chulpayev in Samarkand, Uzbekistan, Chello immigrated with her family to New York City at age 11, settling in Forest Hills, Queens. She credits American music, particularly that of Greenlawn native Mariah Carey, for helping her adjust to a new culture. "She is my idol," Chello said. "When I came to the United States, I didn't know the language at all and the music was very new to me. I didn't know the artists here and she was the first one I fell in love with. I learned the English language from her song lyrics."

Becoming involved in school plays and concerts, Chello eventually pursued music as a career after graduating from Richmond Hill High School in Queens. In 2007, Harve Pierre, president of Diddy's Bad Boy Records, signed her to the company's Crazy Joint label, which released her single "Sideline."

"We were working on an album," she said. "There was a lot of shifting within the industry at that time and they moved away from [partner] Atlantic Records [in 2009] to Interscope and a lot of artists got lost in the shuffle and I was one of them. I took a break for a little while." She got married to husband Michael, a mechanical engineer, and they had a son, Nathan, 5. They moved to Plainview three years ago, she said.

And she continued to sing, hired for corporate events and weddings and releasing songs online, while managing a Queens catering hall for a living. She also played a Russian singer in a 2018 episode of Showtime's espionage drama "Homeland."

She is the middle of three sisters to mother Olga, who is retired, and father Ben, a businessman who "was a singer himself, so I inherited that passion for music early," Chello said. "I've been singing my whole life, since I was 3 or 4 years old. It's always been a dream of mine to even get a chance to be on 'The Voice.' This is like a dream come true."