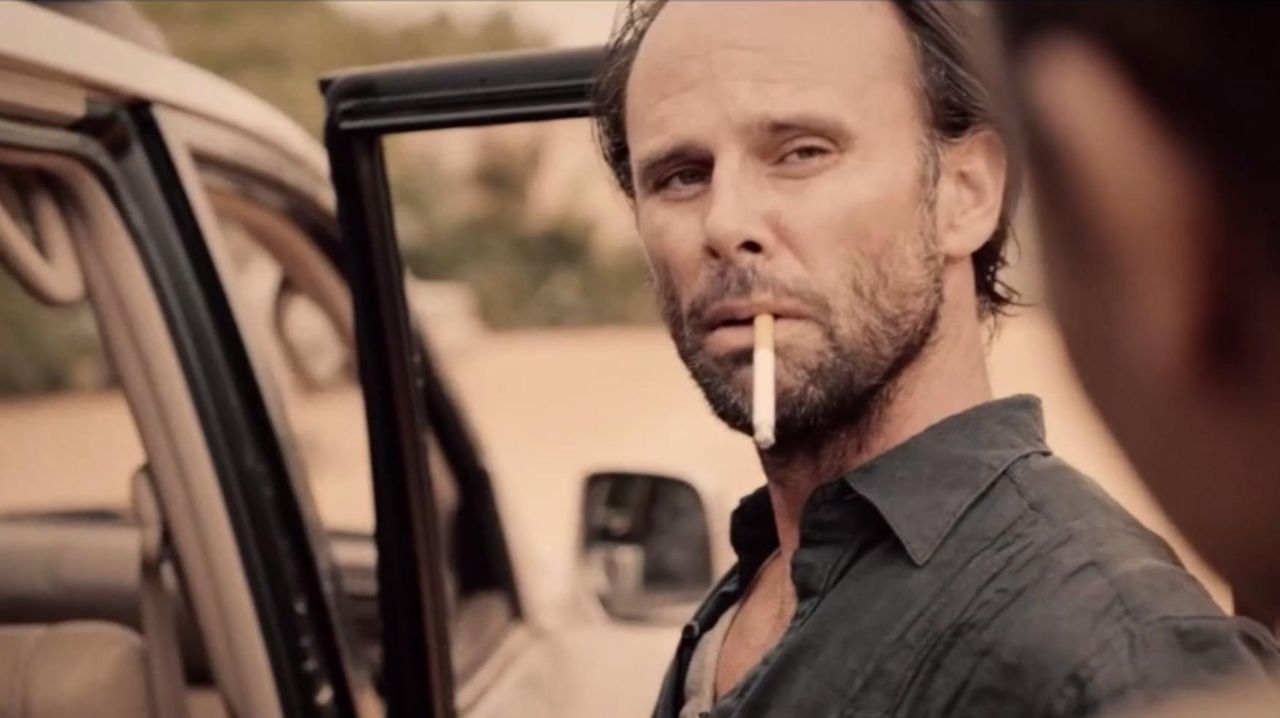 The History channel's "Six" tells the story of members of Navy SEAL Team 6, who are given a simple mission in 2014: eliminate a Taliban leader in Afghanistan. That task becomes more complicated when they make the discovery of an American citizen who is working with the terror group as a jihadi fighter. Credit: History

WHAT IT’S ABOUT Called an “authentic portrayal” of a Navy

SEAL team — also “inspired by” real events — this fictional eight-part series is about Richard “Rip” Taggart (Walton Goggins), who begins to go off the deep end during a mission in Afghanistan. He leaves the SEALS, goes into “security” and — while guarding a girls’ school in Nigeria — is captured by the Boko Haram. His former SEAL brothers — Joe Graves (Barry Sloane), Alex Caulder (Kyle Schmid) and Ricky Ortiz (Juan Pablo Raba) — launch a mission to save him.

Words, just words, and — under normal circumstances — red flag words, too, for Velveeta dramatizations cluttered with dialogue so bad that “authentic” really means “hooey.” We’ve seen it all, suffered through it all, too. But now, the SEALS?

They do have a permanent perch in pop culture, so the prime-time series treatment was unavoidable. There are already dozens of nonfiction books about them as guideposts, and fictional ones, too — even of the “romantic/bodice-ripper” genre type (real title: “A SEAL’s Surrender”). Those were “inspired by,” too. Which way would “Six” lean? To the real side, or to the hooey?

Joe Manganiello was originally cast as “Rip” Taggart, but had to leave the production last summer for unspecified health reasons, delaying launch. Goggins replaced him.

If it’s hard to get your head around the idea of Goggins as a Navy SEAL, then recall that it was much harder to get your head around him as Venus Van Dam, the transgender woman in “Sons of Anarchy.” But that worked, and this does, too, partly because he adds a touch of Boyd Crowder of “Justified” to the portrait of Rip — the most harrowing touch.

His Rip is basically a man-child warrior who loses the SEAL version of a devastating breaking pitch. Corroded by booze, fear, anger and post-traumatic stress disorder, Rip melts before our eyes in a series of flashbacks and a few real-time atrocities. He scalps a dead enemy combatant, shoots another unarmed one point blank. We know he’ll rise again — except some of his past actions will have repercussions complicating that.

“Six” clearly sees films like “American Sniper” and “The Hurt Locker” out of the corner of its eye. There’s a visceral, head-rattling violence to the firefights — directed expertly by Emmy nominee Lesli Linka Glatter — and a degree of ethical incertitude as well that’s best explained by Joe, who says, “We get in, we get out, we ask forgiveness later.”

Like “Sniper,” the homefront also plays a key role in “Six.” It’s the stuff, really, of a thousand war films and TV shows, and so is the question: Which bond is more powerful? The one linking man to wife and family, or the one binding brother to brother, soldier to soldier?

“Six” is co-produced by Bill Broyles Jr., the veteran screenwriter who co-wrote this with son David — a special ops veteran — and who is returning to series TV for the first time since “China Beach” of the late ’80s. He never settled for cliched or inauthentic answers to those questions before and doesn’t look like he will here either. For that reason, “Six” actually does often feel authentic.

BOTTOM LINE Exciting newcomer with lots of action, and some guiding intelligence, too. (Demerits for a secondary story that doesn’t work.)