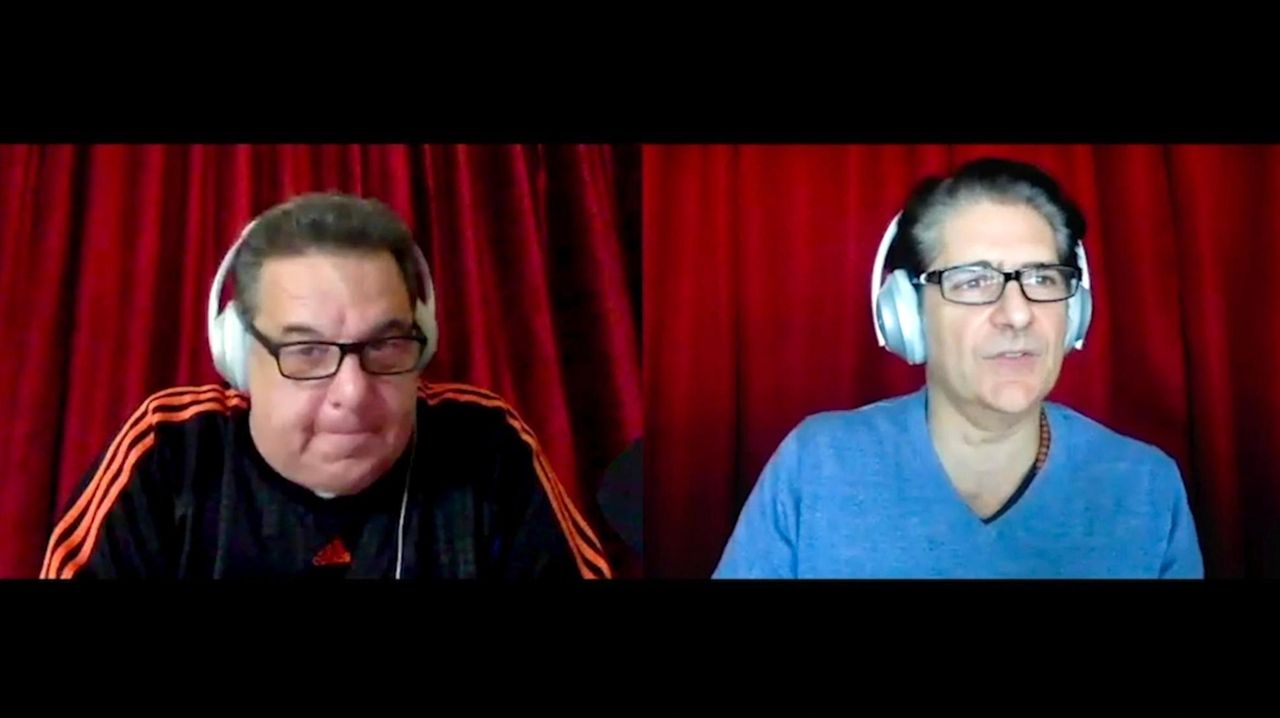 “The Sopranos” ended in 2007 but the conversation about the HBO series continues on. Actors Michael Imperioli and Steve Schirripa, who played Christopher Moltisanti and Bobby “Baccala” Baccalieri respectively, have joined forces during the COVID-19 quarantine to launch a new podcast, “Talking Sopranos.” Together they are rewatching the series and dissecting each episode.

“We haven’t watched the show since it aired,” says Imperioli. “Our different perspectives make the podcast work. Steve watches it as a fan whereas I try to analyze and break things down to see what they were trying to achieve with each plot.”

Schirripa adds, “I’m learning something with every show. I forgot how funny it is.”

Both Imperioli and Schirripa are not only “Sopranos” colleagues but friends in real life.

“We are different in a lot of ways but we have a lot in common,” says Schirripa. “Surprisingly, our characters didn’t interact much. We were just in big group scenes together.”

One of the biggest reasons the duo decided to launch the podcast was because of the attention the series was getting from millennials.

“In the last year and a half, this show has become an object of obsession from a whole new generation who were too young to watch it when it first came out,” says Imperioli. “They’ve really embraced this show with Instagram sites and meme pages, which is a big surprise.”

Schirripa adds, “The show is streaming now [on HBO GO]. Only 11 million people had HBO when it aired. There’s probably more people watching it now than back then.”

When rewatching the series, one thing that comes to the forefront for both actors is the commanding performance of their friend and star of the series, the late James Gandolfini (Tony Soprano).

“One of the reasons I stayed away from watching the series was because I didn’t want to be reminded how much I miss him,” says Imperioli. “But, there’s been a bit of distance and the time is right to revisit it.”

Schirripa says, “Jim was always very serious about his work. There wasn’t one minute where he phoned it in.”

Although the podcast hasn’t gotten to it yet,  both hosts have strong opinions on the notorious final scene of “The Sopranos,” where the screen went dark, causing many viewers to  debate whether or not Tony Soprano survives.

“I believe Tony Soprano is alive and well,” says Schirripa. “I think nothing happened.”

Imperioli claims, “I heard a quote from David Chase relating the end to the lyric in Journey’s song, ‘Don’t Stop Believin’ ’ that says, ‘The movie never ends, it goes on and on, and on, and on.’ I think there’s some connection between those two things.”

WHEN/WHERE Weekly episodes are available on iTunes, Spotify and YouTube

During the COVID-19 quarantine, several celebrity podcasts have been released. In addition to “Talking Sopranos,” here are four more:

Actors Zach Braff and Donald Faison played best friends J.D. and Turk on the sitcom, “Scrubs” and they are buds in real life. Together they are re-watching and discussing each episode of the show’s 9 seasons, which ran from 2001-2010.

“STAYING IN WITH EMILY & KUMAIL”

While quarantined at home, real life couple Emily V. Gordon and Kumail Nanjiani, who co-wrote 2017 rom-com “The Big Sick,” discuss quarantine tips like how to stay calm, they give entertainment suggestions and explain the key to avoiding cabin fever.

Comedians John Mulaney and Nick Kroll play characters from their play, “Oh, Hello on Broadway,” George St. Geegland (Mulaney) and Gil Faizon (Kroll), who are cranky old men from the Upper West Side of Manhattan who kvetch about various topics.