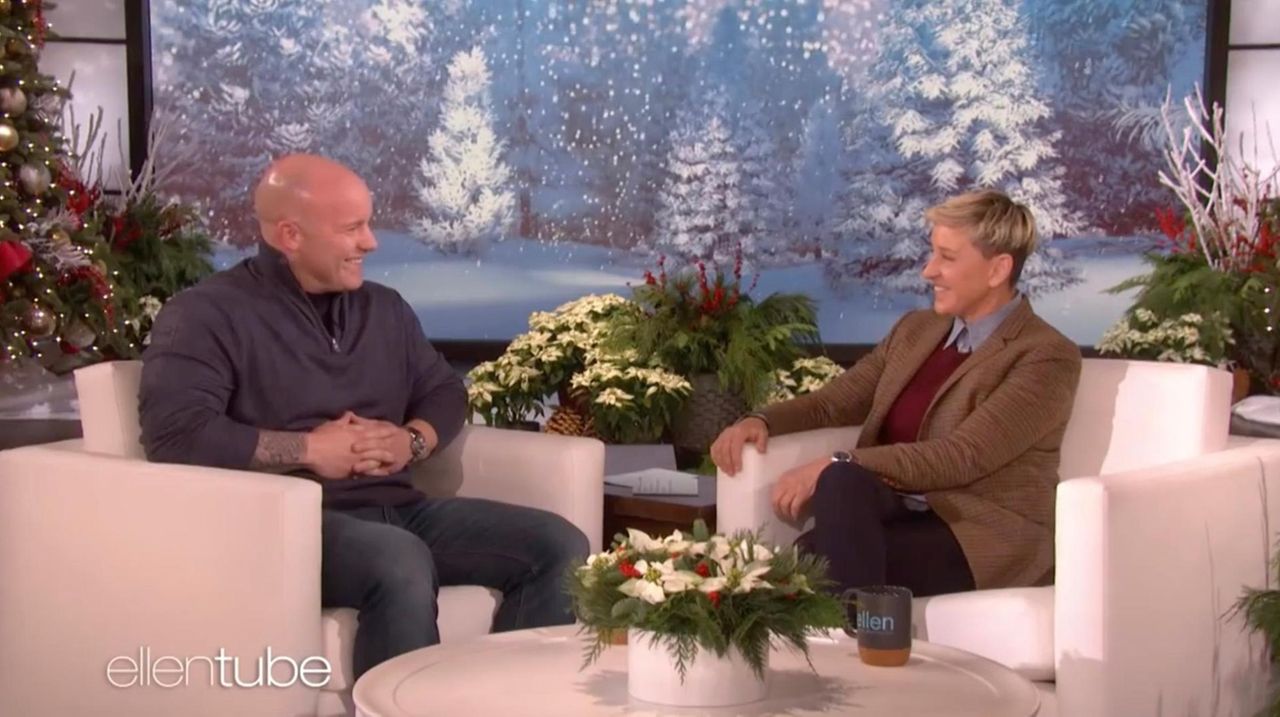 George Resch, a Long Islander who calls himself Tank Sinatra on Instagram, talks about his life on "The Ellen DeGeneres Show" on Thursday. Credit: the ellen show

"I'm a huge comedy fan. I've loved comedy since I was a little kid," Resch, 39, explained of his meme-based account.

He had been employed as a sales representative for Victorian Fence in Centereach, Resch said, and with free time between appointments, "I would find pictures and I would put these captions to them,” he told DeGeneres. "I'd see pictures that would remind me of something that happened in my life and I would just write a caption. It started to get really big really quick, and I was, like, 'Maybe fence is not my destiny at this point."

Around 2015, he launched Tank Sinatra and eventually left the fence company to work on that Instagram account and as director of influencer marketing at the Manhattan creative agency BrandFire. "It was a scary move," he says of leaving the company he had worked for since 2006, "because I have a wife and kids and I've got to feed people." He and his spouse, Jessica, have two young sons, G.J. and Bennett, and he is stepfather to Jessica's middle-school daughter, Liana.

Resch, who grew up in Commack, also has a second Instagram account, the 1.2 million-follower Tank's Good News. There he posts feel-good stories about, as an accompanying website puts it, "real-life heroes, good business, celebs with heart [and] incredible kids."

He told DeGeneres that the second site came about because of "the constant, never-ending stream of negativity and fear and anxiety that we all experience after watching the news. I felt like people needed another option. So I started collecting good-news stories and just putting them up."

As for his stage name, says the sizable humorist, it was not in tribute to the legendary singe Frank Sinatra. "I'm huge, and I have blue eyes," he told DeGeneres "That's it."