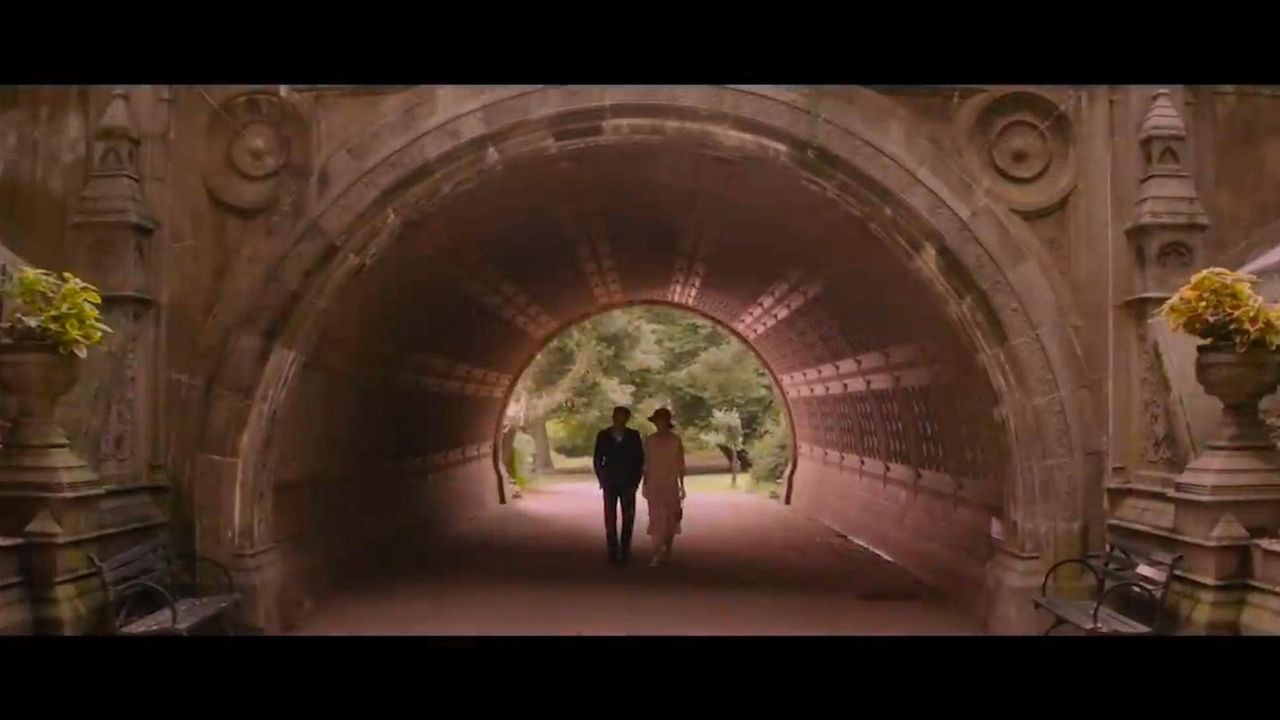 This film, based on the 2013 Laura Moriarty novel of the same name, depicts Louise Brooks (Haley Lu Richardson), a rebellious teen who dreams of fame and fortune in the early 1920s. She soon gets her chance when she travels to New York City to study dance for the summer — accompanied by a watchful chaperone (Elizabeth McGovern). Credit: PBS Distribution

MOVIE "The Chaperone on Masterpiece"

WHAT IT'S ABOUT In 1922 Wichita, Kansas, schoolgirl and free spirit Louise Brooks (Haley Lu Richardson, 2016's "The Edge of Seventeen") needs a chaperone to accompany her to New York City where she plans to join a famed dance troupe. Norma Carlisle (Elizabeth McGovern, "Downton Abbey") volunteers. Unhappy in her marriage, Norma wants a getaway but has a hidden agenda in the big city where she was raised in an orphanage — to find her birth mother. In her quest, she makes an important friend, German immigrant Joseph (Hungarian actor and poet Géza Röhrig).

In real life, Brooks (who did have a chaperone on her first trip to New York) would go on to become a "Ziegfeld Girl," and much more.

This 2018 film — based on Laura Moriarty's 2013 bestseller, and making its television premiere on "Masterpiece" — reunited McGovern with "Downton" creator Julian Fellowes, who wrote the screenplay.

MY SAY Louise Brooks? Where to begin? One of the most glamorous (and audacious) movie stars of the '20s, she was Madonna and Lady Gaga and Jennifer Lawrence all rolled into one culture-busting, rule-demolishing, Hollywood-torching package who changed the world and especially hairstyles. Her so-called "Lulu Bob" helped make the Jazz Age as much as jazz. After a few classic silent films, then a few more forgettable ones, Brooks was gone. By 35 she was washed up, or had washed herself out of Hollywood by staring down the barbarous studio bosses. Brooks went on to revient herself as a writer — an excellent one, by all accounts — and for some reason ended up in Rochester, New York, where, broke and largely forgotten, she died in 1985.

If "The Chaperone" accomplishes anything, that will be to send viewers scrambling to Google to learn more about this extraordinary woman. That's about all it accomplishes because this isn't even about Brooks who, like Norma Desmond's character in "Sunset Boulevard," still awaits her close up.

Instead, it's about a heightened version of a chaperone who has a few hayseeds in her hair by the time she reaches the big city, then shakes those out thanks to Brooks' libertine example. In the process, Norma finds her birth mother, true love and herself. The story is stock, the payoff only marginally better. Thus reduced to a foil, poor Louise is once again ill-served by Hollywood. She'd probably laugh at the irony.

Nevertheless, come if you must to "The Chaperone" for the decent period details, or McGovern, or for a couple of fleeting cameos (including Blythe Danner), or for proof that even the most celebrated of screenwriters can have their off-days. Fellowes' work on this is tentative, and never quite at ease (or at one) with the source material or the Roaring Twenties of flappers, speak-easies, and "sheikhs."

But definitely don't come for Brooks. A pity because she should be the only reason to watch.

BOTTOM LINE "The Chaperone" misses the larger and indisputably better story — Brooks herself.

5:41
Two turntables and a microphone made Biz Markie a legend
5:41
Biz Markie's best friend shares memories of the hip-hop artist
Who's next? Jodie Whittaker to leave 'Doctor Who' in 2022
Margaret Cho joins cast of 'Fire Island' movie
7:26
The Buzz: Michael Bishop talks about 'Spin,' his upcoming Disney movie
PBS' 'Arthur' to end after its next season
Didn’t find what you were looking for?