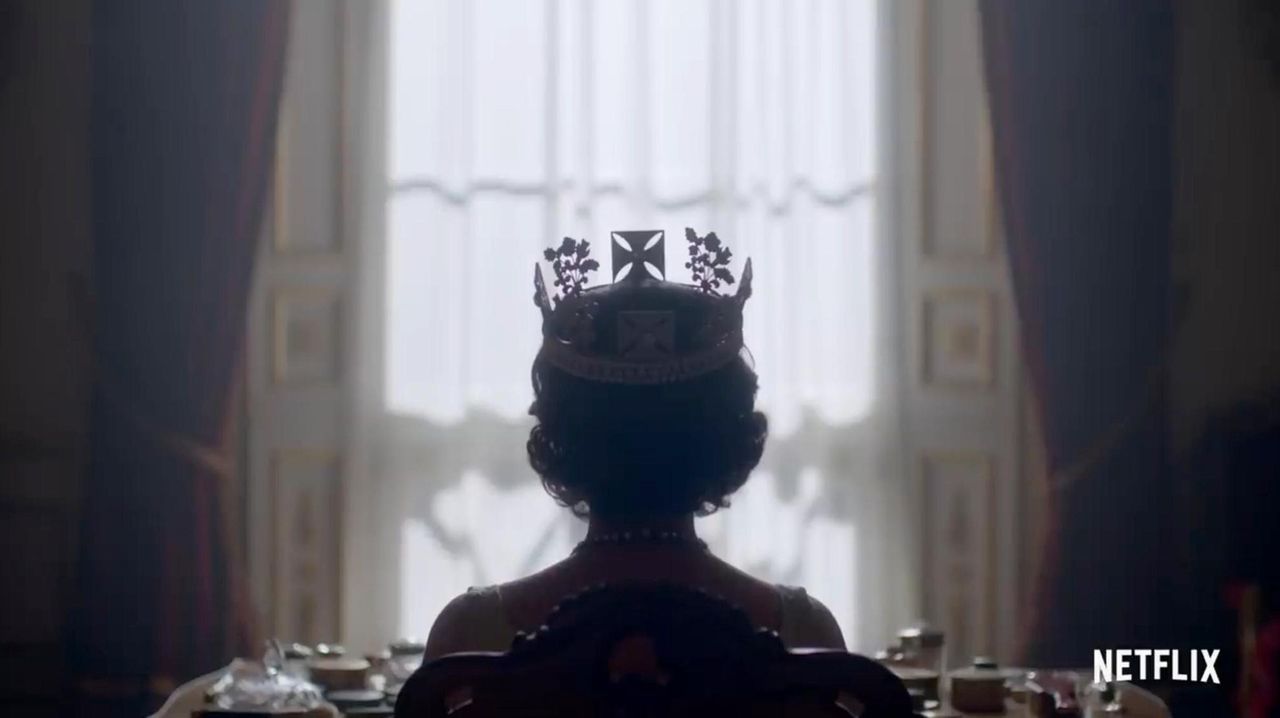 Olivia Colman takes over as Queen Elizabeth II in Season 3 of "The Crown," which premiers Sunday on Netflix. Credit: Netflix

WHAT IT'S ABOUT The year is 1964 and Queen Elizabeth II — Oscar winner Olivia Colman has replaced Claire Foy this season — and her husband, Prince Philip (Tobias Menzies, "Outlander") are facing a crisis. A new Labour government, headed Harold Wilson (Jason Watkins, "Being Human"), is unsympathetic to the monarchy, but the monarchy is broke. How will they get their much-needed raise now? Maybe the rich Americans will help? Princess Margaret (Helena Bonham Carter) is enlisted to find out. Each episode this season will look at a pivotal moment in the decade, from the 1969 moon landing to Prince Charles' (Josh O'Connor, "The Durrells in Corfu")  first trip to Wales.

MY SAY What makes a TV drama great? Well, lots of things but at minimum an abiding sense that a little piece of you stares back from the screen to reveal the rag-and-boneshop of your own heart.  Most of us aren't meth kings (Walter White) or street hoods ("The Wire's" Omar Little) but Bryan Cranston and Michael K. Williams made certain to locate our mutual rag-and-boneshop. There's not a Queen of England among us either yet Colman does the same this season. The effect is also abiding and a bit uncanny, too.

Her eyes do much of the work. They're opaque enough to suggest absence, expressive enough to reveal pathos. They set up the dramatic conflict between Elizabeth's surface and subsurface, or between the Queen versus the human being she imagines herself to be. They look at us from the screen, plaintively demanding: What would you do if you were me? How would you feel?

In a later episode, Elizabeth insists that she too just "goes to work, gets tired, gets colds." The line is  meant to echo Shakespeare's Richard II: "I live with bread like you, feel want, taste grief, need friends,"  thus, his famous point that the crown is "hollow," and the head that it sits on mortal.

But Elizabeth has decided the distinction is irrelevant or hardly worth sulking over like Richard. What ultimately matters to her is the Crown, not the head. That's turned her own heart into a chilly, windswept place. She's repressed her own humanity but hasn't quite come to terms with the sacrifice. It's that internalized friction that Colman brings so memorably to the screen. Her Elizabeth doesn't exactly earn our sympathy but she does earn our empathy.

Menzies is remarkable, too, if only because he makes viewers so quickly forget about "Outlander's" Black Jack. His Philip is something of a Russian doll. At first, he's  unapproachable, cold, petulant. Then the ice cube slowly melts to reveal ... another ice cube. You won't like him much either but you will know him.

In fact, "The Crown's" third is really just a study of character. It's immutable, after all, whether you're a queen or a pauper. It's what we do with our character that matters. This season — magnificently — reveals what Elizabeth has done with hers.

BOTTOM LINE You will be blown away. At least I was.