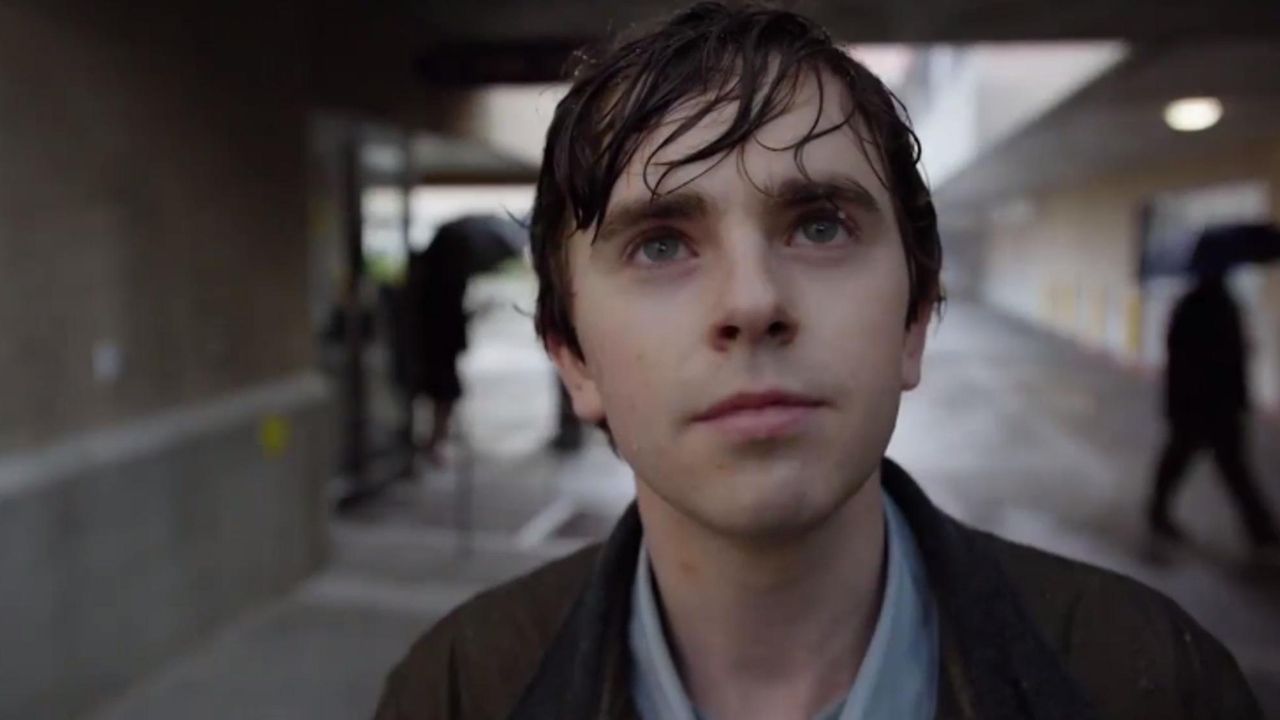 Freddie Highmore stars as a surgeon who has autism in this new ABC series. Credit: ABC Television Network

THE SERIES “The Good Doctor”

WHAT IT’S ABOUT Hand-washing, hairbrushing — really? We get it, he’s compulsive. (Been there with “Monk.”) Then come flashbacks to the “weird” kid getting beaten up. Flash-forwards to the noise of modern life, through his ears. The blur of urban pace, through his eyes.

But wait. “The Good Doctor” has something crucial to say, and it has a killer cast, and it does an amazing amount of setup in Monday’s efficient pilot hour. Young doctor-to-be Shaun Murphy (Freddie Highmore, “Bates Motel”) is on his way to a new life in a city sure to test his autistic senses. And medical mentor Aaron Glassman (Richard Schiff, “The West Wing”) is determined to ensure the challenged savant gets every opportunity to help himself. And, not so incidentally, to help us.

This, of course, requires countervailing skeptics (Hill Harper and Nicholas Gonzalez as doubting doctors). And new supporters (Antonia Thomas and Chuku Modu). Not to mention by-the-book hospital bureaucracy (Tamlyn Tomita and Jessica Preston). There will be the requisite lifesaving emergency procedures in odd locations, and over-the-surgical-table confrontations, and walking-and-talking down glass-lined hallways, because, duh, it’s a 2017 hospital series.

Who laid down that template? The creator of “House,” David Shore, who happens to be the creator here. That’s again clear from all the on-screen graphics meant to visualize the bursts of words Shaun hears, and the veins and organs diagramed by his mind’s eye.

MY SAY Yet it’s emotion that moves the story forward. Highmore’s face and attitude. Schiff’s faith and moral weight. Thomas’ curiosity-generosity. That sets it apart from “House.” While the 2004-12 Fox hit was dramatically compelling, it was considerably less than cuddly, as built around Hugh Laurie’s misanthropic lead.

“The Good Doctor” aims beyond admirable. It wants us to share its warmhearted yearning to “give hope to people with limitations . . . that they do have a shot,” as Schiff’s character puts an obvious point on it. He also opines, “Letting things get personal is how we make it matter,” which may well be Shore imparting his lesson learned from “House.”

BOTTOM LINE If you like your drama with heart and hope, this may well be The Good Series for you.