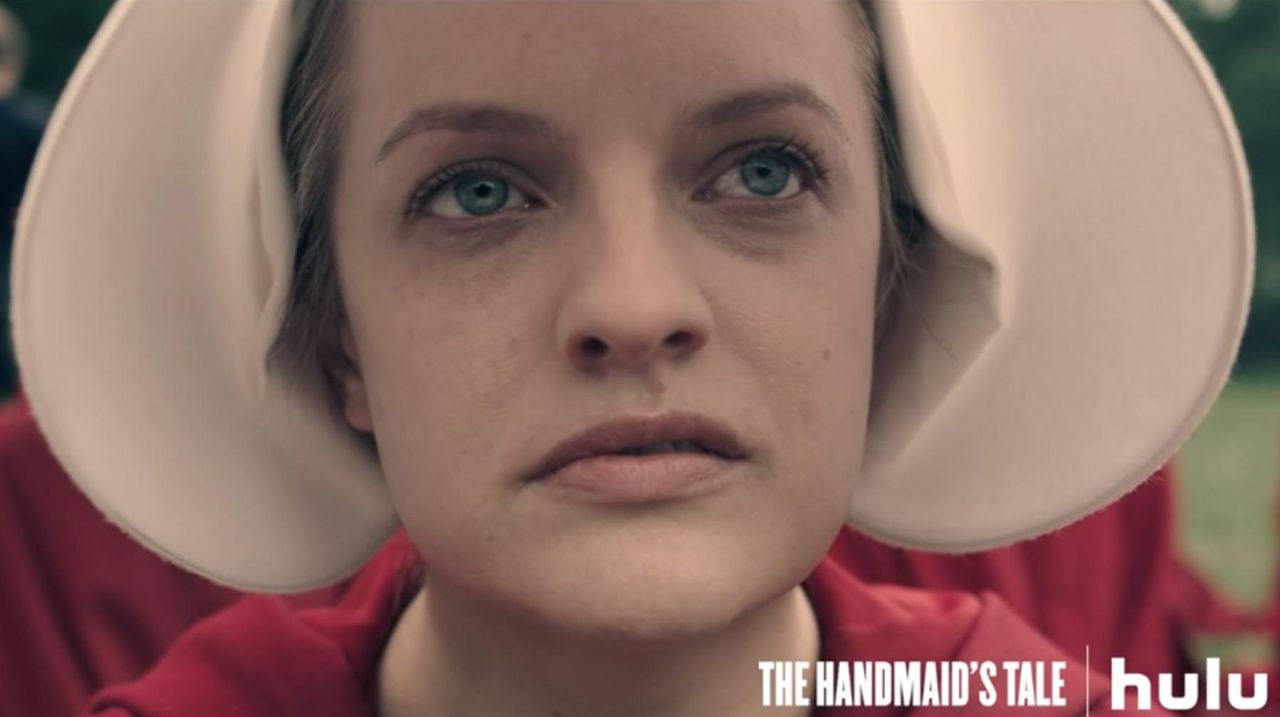 THE SERIES “The Handmaid’s Tale”

WHEN | WHERE Starts streaming Wednesday on Hulu

WHAT IT’S ABOUT Gilead, a breakaway totalitarian state set in New England, has placed certain women in bondage. They are “handmaids,” to be impregnated by members of the ruling class because most other women have been rendered infertile by pollution or STDs. Offred (Elisabeth Moss) is in servitude to the “Commander” (Joseph Fiennes), whose wife, Serena Joy (Yvonne Strahovski) must bear witness to the sordid fertility rites. Other handmaids, like Moira (Samira Wiley) and OfGlen (Alexis Bledel) share similar fates, and dreams. Offred’s: To be reunited with her daughter, Hannah (Jordana Blake). This 10-episode series is adapted from Margaret Atwood’s 1985 novel.

MY SAY On or about Jan. 10, 1685, Mary Reeve Webster, a resident of Hadley, Mass. — also an accused witch — was hanged by the neck until she was dead, or presumed dead. When she was cut down the next day, Mary was still alive. She died years later of natural causes, and a few centuries after that, became immortalized by a distant relative.

Atwood dedicated her now-classic novel to this indomitable spirit who would probably be pleased (and wonder of the adaptation, what is a “streaming service” anyway?). But like some dystopias set in the future, “The Handmaid’s Tale” really draws on the past, and is validated by the past, too. Atwood invoked a long Western tradition of female repression, and not just Webster’s. Hester Prynne and her infamous scarlet “A” are echoed in Offred’s story. The model for Serena Joy is Rachel of Genesis. Her husband, Jacob, enslaved a “handmaid” to bear children because she could not.

The record is grim but “The Handmaid’s Tale” — book and adaptation — insist it is real. Women throughout history have been marginalized or brutalized, so why not a future writ in the blood and agony of these “handmaids?”

You can debate the “nots” at your leisure and doubtless will. But at least one way to approach this series is to imagine that you are Offred. Forced into bondage, while the “blackshirts” roam the streets to enforce your servitude, the camera literally grips your face, as it does Moss’ scene after scene. It’s looking for the same evidence they are looking for — of your doubt, your guilt, your betrayal. Moss must master two characters simultaneously, notably that stoic exterior one, and an interior one, where the storm rages. The latter occasionally spills into the former, but never for long, certainly never in front of the “Commander.” Like Mary, her game is a long one. She must survive. She will survive.

Of necessity, “The Handmaid’s Tale” is an immersive viewing experience, where mood is painted stroke by stroke on the screen. Director Reed Morano went to the Dutch master Vermeer for inspiration, and chances are good-to-excellent your own favorite Vermeer is reflected here, especially if it’s “Woman with a Water Jug” or “The Milkmaid.”

That classic Vermeer face -- of a woman caught midway between reflection and surprise -- is Moss's face. Natural gray light filters through windows, muting those all-important colors of “The Handmaid's Tale.” Reds are rusted, greens and blues are lustrous but faded. The only sharply defined color is black.

All this immersion into half-light and shadows slows time then reverses it. Offred’s life seems caught in a time warp, or a feudal world where concubines and handmaids are part of the normal state of affairs. Her fate feels almost predetermined. The clear implication is that history repeats itself.

For viewers, “The Handmaid’s Tale” is relentlessly, insistently joyless. It could not be otherwise. Moreover, the pacing is unhurried. Time stops for Offred, and occasionally for you as well.

BOTTOM LINE Beautiful, immersive and joyless, “Tale” can be tough to watch, but “rewarding” trumps “tough.” Hulu has its first lock on an Emmy victory, maybe a few.