THE SERIES "The Mandalorian"

WHEN | WHERE New episodes every Friday on Disney+

WHAT IT'S ABOUT Set five years after the defeat of the Empire, this "Star Wars"-based live-action TV series follows the journey of one unnamed (so far) bounty hunter, a Mandalorian (Pedro Pascal) who is hired by the sinister Client (famed director Werner Herzog) to find a target on the desert planet of Arvala-7. While there, "Mando" meets up with Kuiil (Nick Nolte) and big trouble ensues. Besides Nolte, this eight-parter — which already has a second season ordered and was created by Jon Favreau (exec producer of the "Avengers" franchise) — has plenty of other big names: Carl Weathers as Greef Carga, head of the bounty hunters union, and Giancarlo Esposito as Moff Gideon, a onetime big shot in the Empire. What's a Mandalorian? A warrior race from the planet Mandalore, first introduced in "The Empire Strikes Back" (and the character Boba Fett) and also explored in Cartoon Network's "Star Wars: The Clone Wars."

MY SAY "Star Wars" launched in a theater near you 42 years ago, and — aside from a vast sprawl that has since engulfed books, comics, video games, animated series, bubble gum wrappers (kidding, but who knows) — the franchise has remained in theaters. Everything about "Star Wars" was Big Screen — the characters, the stories, the epic sweep. That galaxy far far away during that time long long ago seemed so far away and long ago because of that screen and all the Industrial Light and Magic that was splashed across it.

This is just the most obvious challenge before the first live-action TV series from the canon. To succeed, "The Mandalorian" needs to feel, look and almost smell theatrical, or falling short of that, offer a reasonable feel/look/smell facsimile. While the visuals need to remain epic in scale, the stakes do as well. The Galactic Empire may be finished but it's hardly finished. This space opera is built on the eternal struggle of good versus evil, along with that one iconic benediction for the ages ("may the force be with you.") The canon may be complex but the verities are simple. Little wonder it's taken so long to get "Star Wars" to TV. The cost has simply been too high, both in real and symbolic dollars.

With "The Mandalorian" fans can at least take a long sigh of relief, and to believe Disney+ launch figures (10 million or so in the early days alone), a few million already have. With a couple of episodes as evidence,   Favreau's series almost relishes all the challenges. "The Mandalorian" may be a streaming TV series but it's designed as TV used to be — that is, delivered just once a week, and on Fridays. No TV gorging here, but instead "appointment" TV, in a relatively brisk 39-minute package, offering the requisite cliffhangers, Easter eggs and totemic visuals. Every screen shot locks you comfortably into the familiar "Star Wars" canon, but somehow it all feels fresh and new. 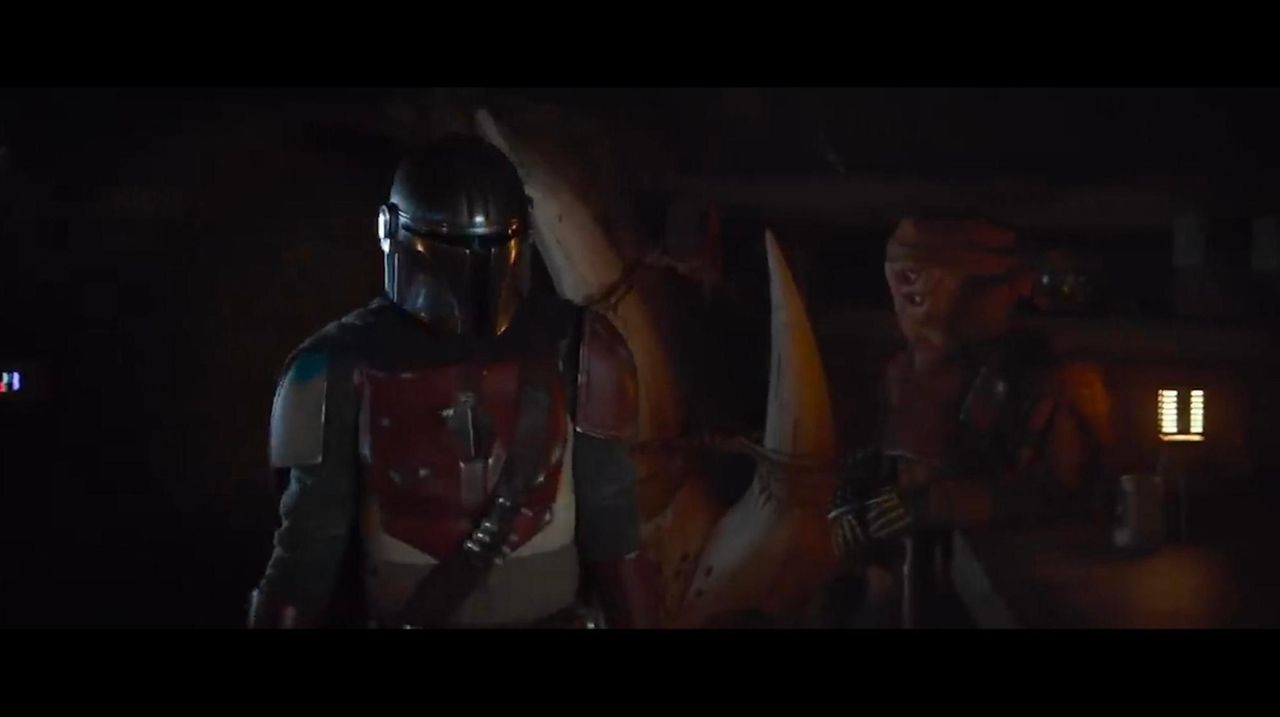 "The Mandalorian" doesn't require a Ph.D. in that canon, nor familiarity with the 100-plus episodes of "Clone Wars," but a passing familiarity with pop-culture history wouldn't hurt. Clint Eastwood's "High Plains Drifter" is here in spirit (and in homage), the gunslinger without a name or face, a stranger to the world and especially to himself. Pascal's Mandalorian reveals in the pilot that he was a "foundling," his rough childhood then seen in supercut. But now he's bound to another foundling — a Yoda-like "child" who will be a big part of this antihero's journey, also introduced in the opener.

Where will these two orphans go? (Or end up?) Who knows, but at least "The Mandalorian" feels like a trip worth taking with them.

BOTTOM LINE A big winner for Disney+ so far,