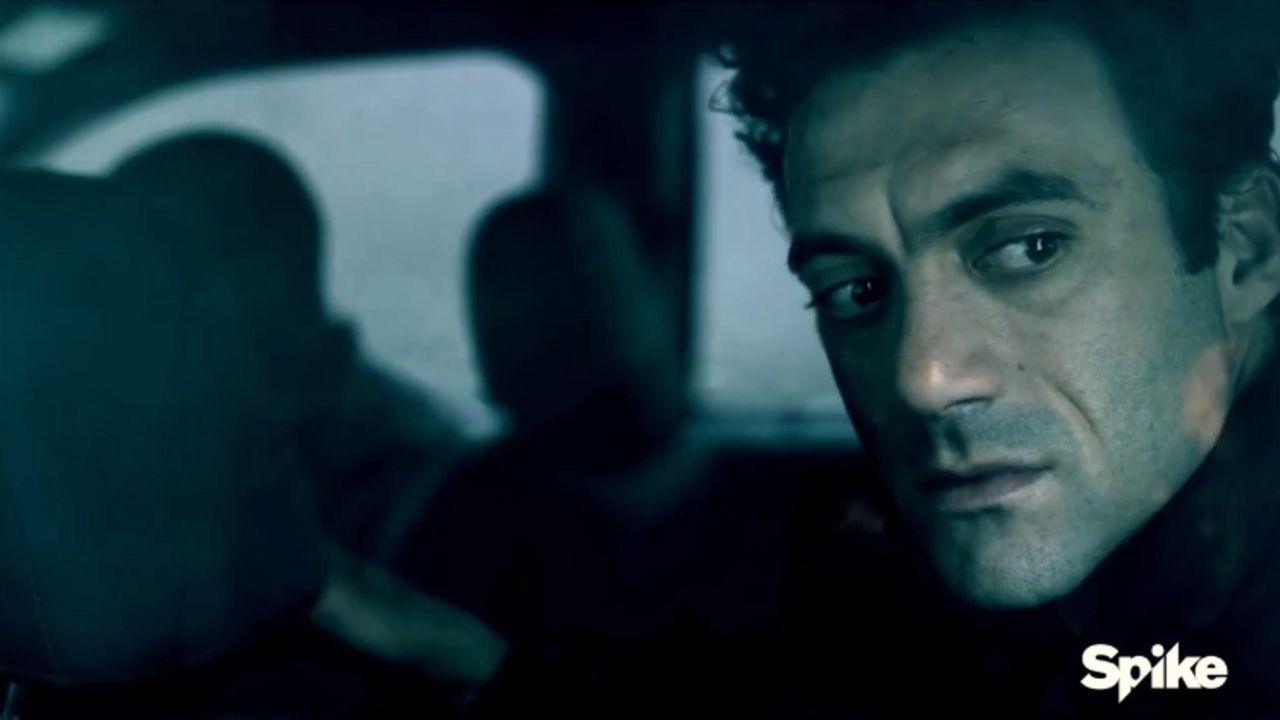 "The Mist," based on a Stephen King short story, debuts on Spike TV. Credit: Spike

THE SERIES “The Mist”

WHEN | WHERE Premieres Thursday at 10 p.m. on Spike

WHAT IT’S ABOUT The town of Bridgeton, Maine, is shocked when local teacher Eve Copeland (Alyssa Sutherland) gets a little too graphic in her sex ed classes, earning her a suspension that at least gives her more quality time with her 16-year-old, Alex (Gus Birney), and caring husband, Kevin (Morgan Spector). Of course, not for long: A soldier named Bryan Hunt (Okezie Morro) apparently associated with something called “The Arrowhead Project” stumbles into town, warning everyone about the fog that is about to sweep into Bridgeton. Not so much the fog, as what’s in it.

The 10-episode summer series is adapted from the 1980 Stephen King story.

MY SAY How viewers react to Spike’s “Mist” may depend on how they reacted to Frank Darabont’s big-screen adaptation. A horror master and a particularly good King collaborator (“The Shawshank Redemption”), his 2007 movie effectively created the atmospherics, the monsters and the fog, all within a brisk 90 minutes and change.

Say what you will about Spike’s version, but “brisk” won’t be the first word that comes to mind. Even the effortlessly expansive King seemed to think this story deserved no more than a novella. A menacing fog that shrouds giant monsters with articulated limbs and a taste for human canapes has enveloped a supermarket. The patrons are trapped, but like some King characters, a few are crazier than what’s going on outside. Darabont wasted nothing — except for a few of those characters — and even added a nice, apocalyptic capper.

But TV is all about the expansive, or the stretch, so to that end, Danish writer and director Christian Thorpe has layered this with character details, parallel stories, some social/contemporary touches and lots of small-town tropes. (And what’s a King adaptation without quirky local color anyway?)

What’s missing for the first 45 minutes of the pilot’s 48 is actual horror. A dog is brutally killed in the opening minutes — not scary, just unnecessary — while the actual money shot arrives at the 45-minute mark. It’s a good one, and at the very least promises that this “Mist” won’t skimp on the prosthetic makeup.

The monsters? Nowhere to be seen (yet), but they do make clicking sounds, and apparently still have that appetite for human hors d’oeuvres. Thorpe reasonably doesn’t want to give away either his monsters or the overall mystery in the opener, so he earns a pass there. But he doesn’t build much of a case to care about them, either, when they do present themselves. Bridgeton is too dull, its denizens likewise. The mystery will eventually be settled, some people will get eaten along the way, our heroes will save the day, the fog will disperse, the sun will come out. Ten episodes sure seems like a long road to get there.

BOTTOM LINE Not nearly enough horror, way too much exposition (in the opener). Even the fog seems a little bored hanging around for something to happen.