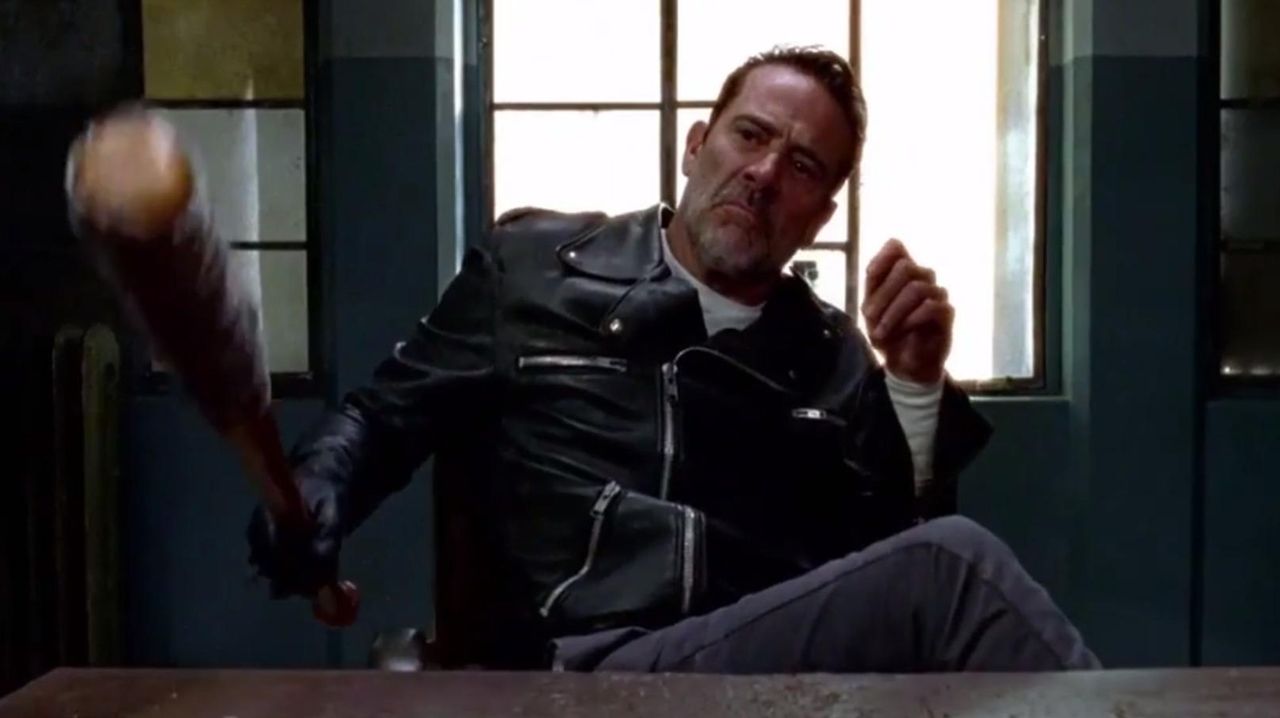 THE SERIES “The Walking Dead”

WHAT IT’S ABOUT Rick Grimes (Andrew Lincoln) and company are ready to throw off the shackles that bind them, now that they have the support of both Gregory’s (Xander Berkeley) Hilltop and Ezekiel’s (Khary Payton) Kingdom. On Sunday’s episode, entitled “Mercy” — the 100th episode since “TWD” began on Oct. 31, 2010 — the clock is ticking, and the countdown begins. The decisive battle looms. How will Negan (Jeffrey Dean Morgan) and his Saviors respond?

MY SAY By the time a hit series reaches the 100-episode mark, it’s usually well past that moment when the culture swooned under its spell. One hundred is a commercial feat, not necessarily an artistic one. “The Walking Dead” remains a huge hit, a huge obsession, and huge (huge) moneymaker for AMC. But get beyond those “huges” and a fairly obvious realization sets in: You don’t really need to watch Sunday’s eighth season launch.

You can always catch up the next day or the day after. Social media will keep you apprised of any major twists. “TWD” has aged out of that youthful glow when this was arguably the best horror series in TV history, and that by missing one minute meant losing your place in line the next day at the water cooler.

Beyond the natural aging process, what has happened? Here’s one thing: “TWD” stopping being a horror series a few years ago and started becoming a political allegory instead. This is about the endless battle of good versus evil and how evil triumphs when good men (and women) do nothing. Rick’s People are good. The Saviors are not good. We’ve seen this dynamic before and we’ve seen villains before. Negan will die. The only questions remaining are how he will die, and over how many episodes. His expiration date looms. We’ll want to be there when he finally checks out. We certainly won’t be surprised when he does.

Surprise, in fact, often becomes the first casualty by the time a show reaches 100. The show didn’t reach this lofty number by subverting expectations but by reinforcing them. Sure enough, “TWD” is now in the reinforcement business. “Mercy,” as usual, does everything right. The direction is crisp, the buildup suspenseful, and the walkers do what walkers must do. They shuffle, snarl, congregate and converge on a luckless survivor.

There are, in fact, a series of scenes in “Mercy” that suggest “TWD” isn’t fully drained of the ability to shock, or at least surprise. To describe them in any greater detail here approaches spoiler territory, but they are intriguing, also evidence that “TWD” likely knows it can’t keep recycling the same old story, albeit with higher stakes each time. “TWD” has to get back in the surprise business if it ever hopes to reach 200 episodes. This reinforcement biz is just too numbingly, depressingly dull.

BOTTOM LINE Well-done, but then “TWD” is always well-done. What’s missing is the thrill of surprise, or the shock of surprise. “Mercy” at least offers a hint that one may be coming.

PBS' 'Arthur' to end after its next season
New 'Exorcist' will have Ellen Burstyn, but not Linda Blair
LeVar Burton: 'Jeopardy!' host gig began 'scary,' ended fun
Jackie Mason, comic who perfected amused outrage, dies at 93
'Gunpowder Milkshake': Flawed, but fun action movie
7:31
'The Buzz': Victoria Konefal talks about 'Days of Our Lives'
Didn’t find what you were looking for?