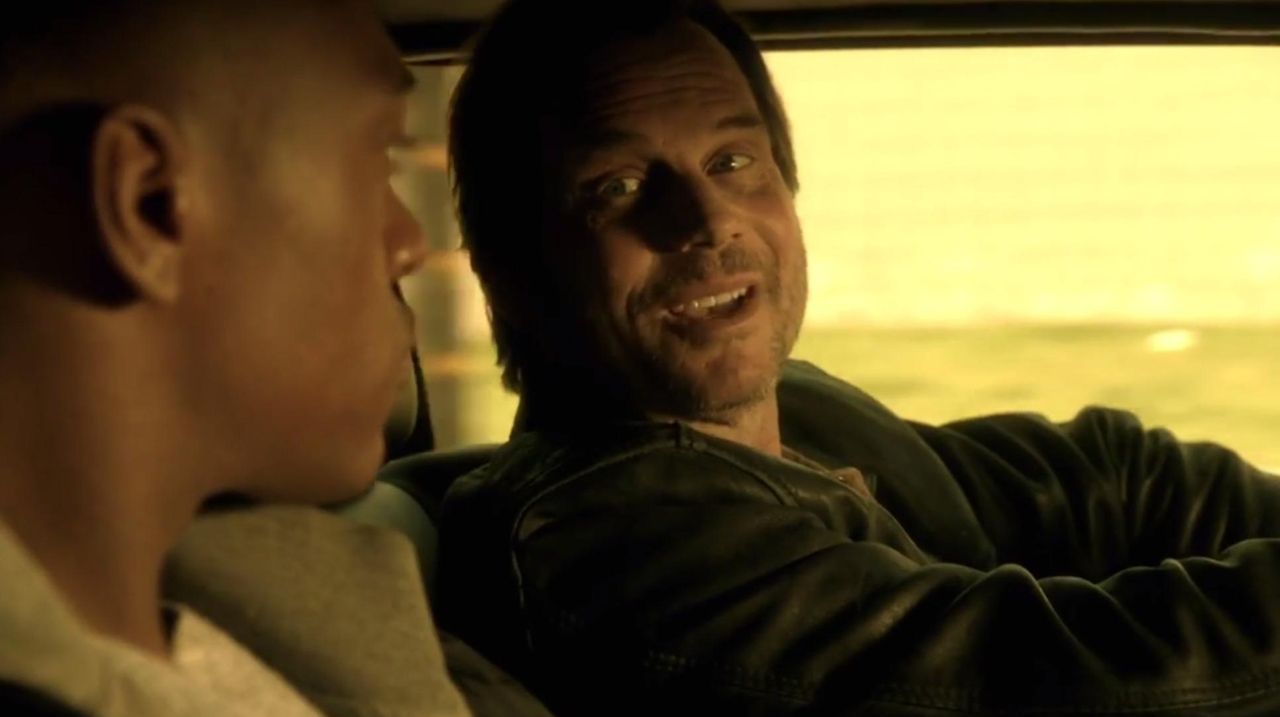 Justin Cornwell and Bill Paxton star in CBS' "Training Day," a cop drama based on the 2001 movie. Credit: CBS

WHEN | WHERE Premieres Thursday night at 10 on CBS/2

WHAT IT’S ABOUT Det. Frank Rourke (Bill Paxton) is the maverick head of the Special Investigation Section of the LAPD — so maverick he’s assigned a new wing man, Det. Kyle Craig (Justin Cornwell), to keep an eye on him, then report what he sees back to HQ. The Jerry Bruckheimer series is based on the 2001 hit with Denzel Washington and Ethan Hawke.

MY SAY Thursday’s pilot is a two-by-four upside the head, a knee to the groin, a punch in the mouth, a stick in the eye. It’s an assault on the brain, the ears, the eyes, the soul.

Besides, there is something undeniably irresistible about Paxton — with those pale blue eyes, tousled hair and day-old growth — snarling lines like, “You’re not pushing a patrol car anymore, Dorothy.” Even his co-star Cornwell looks startled, as if thinking, “Did Bill Paxton just call me Dorothy?”

But if you do get past the soul-crushing, unintentionally hilarious opener, “Training Day” settles down to become a not-as-ghastly-as-initially-feared cop procedural. Plus, there’s the pair of leads who may not have a lot of chemistry but do have considerable screen presence. As a TV newcomer, Cornwell has the most to prove, and as a show-biz veteran, Paxton has the most to lose. After three episodes, let’s call this a tossup for now: At least both do get better and become more grounded in the weeks ahead.

Is this reboot even vaguely reminiscent of the 2001 movie? The violence is all here — and how — but it’s all so heavily stocked with formulaic gumbo that the movie literally sinks into the soup, then disappears altogether. Frank is less Alonzo Harris (Washington’s character in the movie) than he is Rooster Cogburn of “True Grit,” or — better yet — “Dirty” Harry Callahan, who just wants someone to make his day. Invariably, someone does.

BOTTOM LINE Bruckheimer assembly-line sausage stuffed with plenty of hooey and violence — but the leads are plenty appealing.