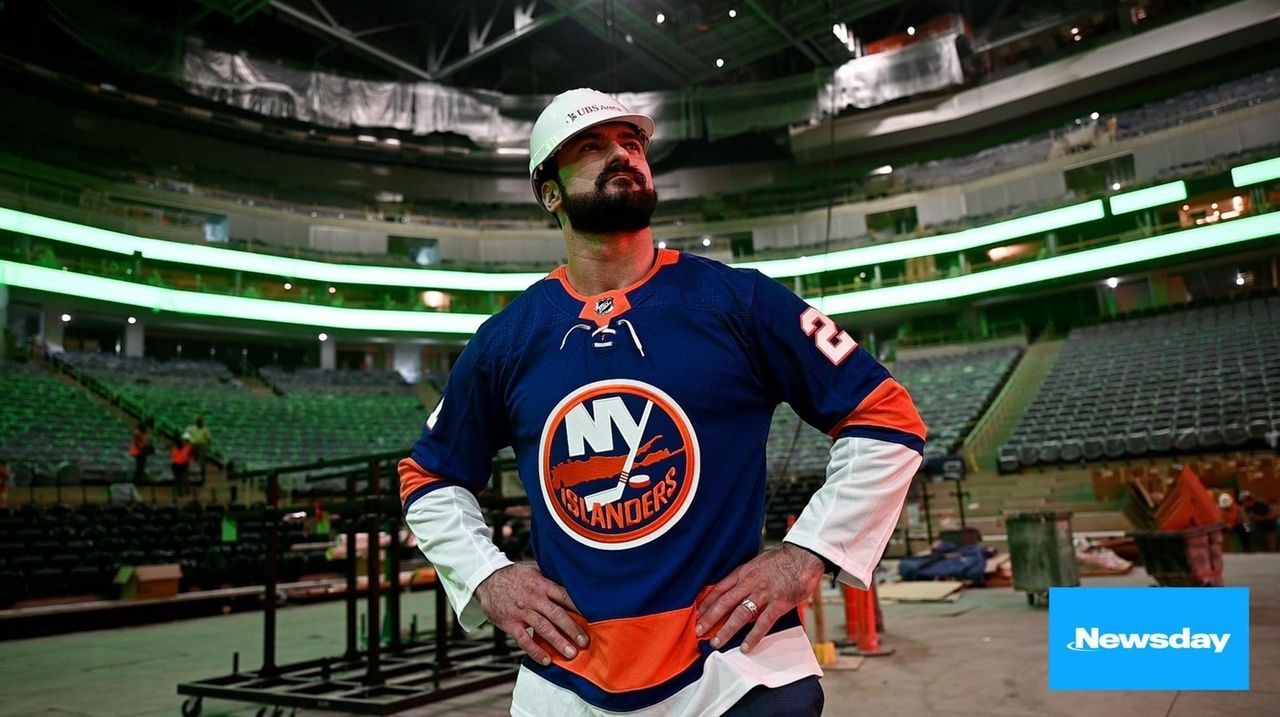 Ahead of WWE’s debut at Elmont's UBS Arena on Nov. 29, wrestler Drew McIntyre recently got the opportunity to practice his ring entrance inside the new venue.

"I started to look to the stands, like I would in any arena, and listen to the power tools, et cetera, around me," said the 6-foot-5 "Scottish Warrior," who toured the new Belmont Park arena on Friday. "I was trying to judge, ‘OK. That’s how loud this is. Imagine if it was fans.’ . . . I can just tell already, it’s going to be deafening in here."

WWE’s flagship cable program, "Monday Night Raw," will be among the first events held inside the $1 billion new arena, which is still under construction. Tickets go on sale via Ticketmaster on Sept. 17.

Sporting an Islanders jersey and a hard hat, McIntyre said he was "very excited" about being able to perform in a new arena in New York, which has, for decades, served as WWE’s unofficial home base. The company said it drew more than 14,000 fans at Madison Square Garden last Friday. Its capacity at the UBS Arena will be around 12,000 officials said.

"It’s going to sound like about 70,000 on the night, I reckon," McIntyre said. "New York fans are unbelievable."