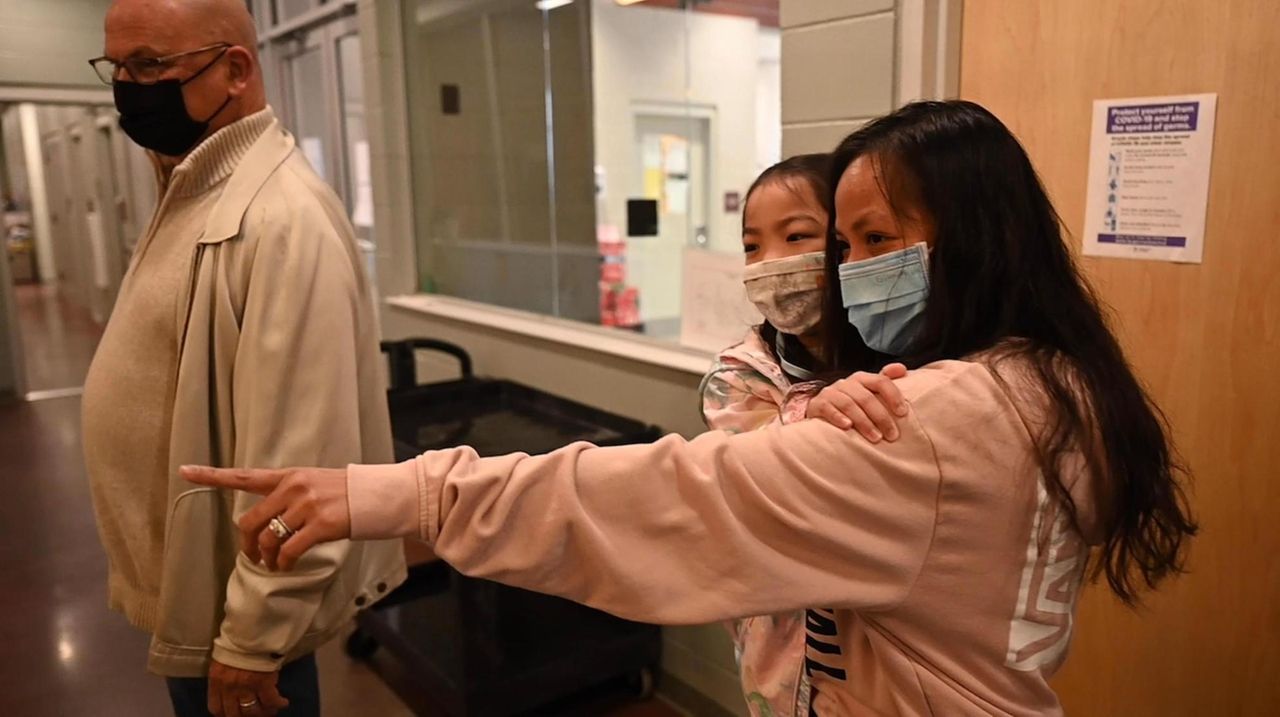 In lieu of gifts, 8-year-old Arianna La Rosa asked for pet food and toys for her birthday, which she donated to the Babylon Animal Shelter in Amityville. Credit: Newsday / Alejandra Villa Loarca

Arianna La Rosa had one wish for her 8th birthday. To help animals.

So for her Jan. 10 birthday, her wish was granted by friends and family who gave what ended up being five large bags of cat food, the same amount of dog food and a kitchen garbage bagful of toys for the furry residents of the Babylon Animal Shelter in Amityville.

"I thought that I didn’t think I really needed toys and the animals needed more love and shelter, food and toys than I need," the second-grader at the Woodhull School in Ocean Beach on Fire Island, said. "I really like animals."

"Most kids that age only think about themselves first," he said. "There’s not a lot of kids out there that would do this."

"She’s used to seeing our community helping others," La Rosa said. "Because of the COVID and all of the help people need, I think she thought people didn’t get a chance to go to the shelter so the animals needed help too."

For Christmas, Arianna’s wish was similarly unselfish, asking only for a Playdoh ice cream set with the rest of her letter to Santa seeking gifts for her brother Angelo, 10, and the rest of the family, La Rosa said.

With her birthday being so close to the Yuletide gift-giving extravaganza and having received what she requested, Arianna was still thinking of others when asked what she wanted for her birthday.

"She couldn’t really think of anything she really wanted so she thought about helping the animals or maybe making donations to a food pantry," her mom said. "So she said when the family asks what I want tell them it’s toys and food for the animals."

With that the donations came in from near and as far away as Florida, thanks to some deliveries from Amazon.

"We really appreciate all the donations we get," he said.

The story has a chain of connection aspect. Turns out Elton also attended the Woodhull School, as did his twin 16-year-old daughters, Elizabeth and Julianna. His wife, Linda, was president of the school’s PTA and La Rosa is a current co-president.

"It’s a wonderful school; it’s small, it’s on Fire Island and I think they make extra emphasis on the environment because of where it’s located and all the wildlife and nature," Elton said.

"It fits with her character and what I know of her family," Tamberino said. "In the case of Arianna, the school and her family have mutually reflected similar values, which is always a plus for a student."

And the six degrees of separation includes Tamberino, who taught music to Elton’s children.

Elton said he thinks the school’s warm atmosphere has contributed to Arianna’s concern about things beside herself such as wanting to help animals for her birthday. He said it’s her generation who one day will come up with solutions so that animal shelters are no longer needed.

"As beautiful as the building is, it’s still jail," Elton said. "We have to figure out spaying and neutering and all that stuff and it’s that generation that’s going to solve it."

"Her example is what we should be encouraging with all our youth," Elton said. "She’s just an incredible kid; she’s a really cool kid."

Elton may be right because Arianna has plans.

"Maybe I will help the animals next year too," she said.

Play games at a pinball arcade, more things to do this weekend on LI
LI drive-in movie, concert schedule for the spring and summer
5 things to know about LI Restaurant Week
0:57
LI eateries serving stand-out vegan dishes
1:26
Explore a field of 500,000 tulips at LI farm this weekend
1:26
Explore field of 500,000 tulips at LI farm
Didn’t find what you were looking for?