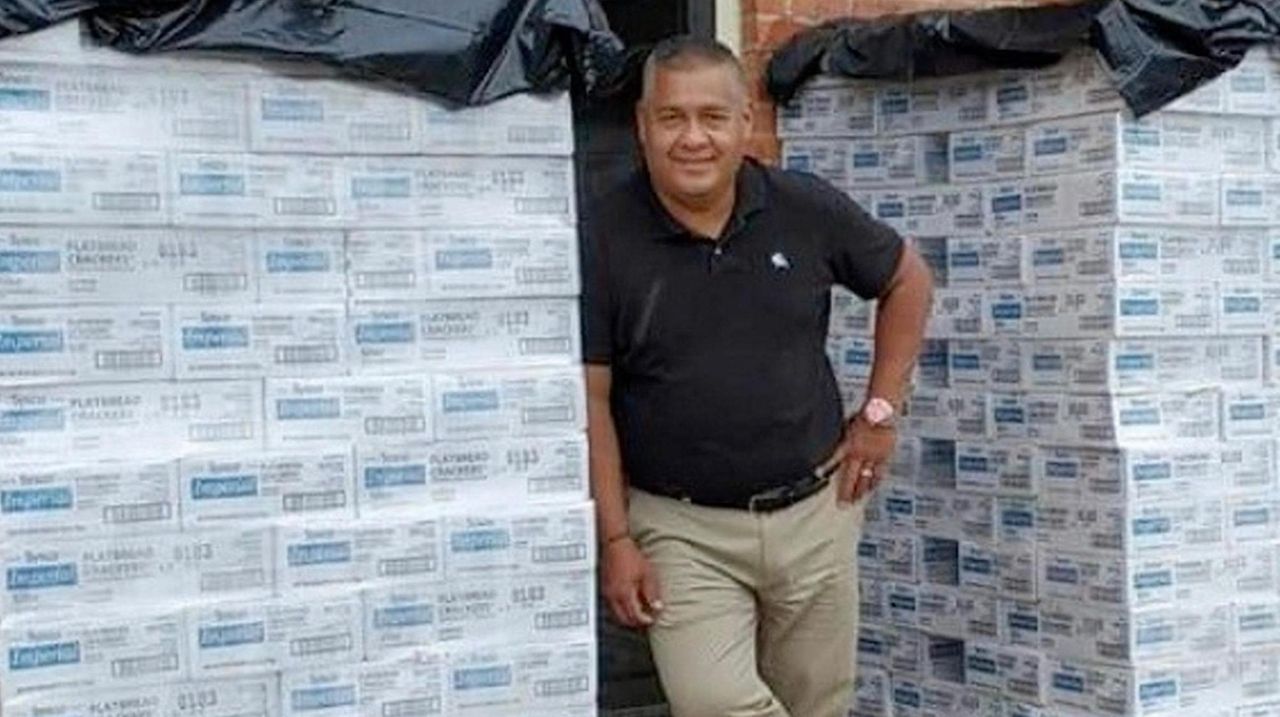 When Luis Sanchez of Brentwood became ill with COVID-19 in early April, he was so sick he thought he was going to die.

He and his wife Vanessa, who also was sick with the disease, were too ill to leave their home for a grocery run and supplies were running low. In that terrifying time, Sanchez asked his longtime friend Luis Mendez to pick up food, Tylenol for his 8-year-old daughter, Aileen, and some soda to settle his stomach.

“I remember asking him for a Pepsi,” recalled Sanchez, 48, who recovered from COVID after a few weeks at home. “He was like, ‘Don’t worry buddy, I got you.’”

Within a few fours, Mendez came through for the Sanchez family, Pepsi and all.

Mendez, 49, of Westbury, kept thousands of mostly Latino Long Islanders from going hungry this spring with just 36 volunteers, $57,000 in donations and generous contributions of cereal and other food. Under the umbrella of Empowering Young Professionals of Long Island, a networking and mentoring group aimed at minority youth, crews made weekly deliveries of fresh produce, beans, rice and more to those in need.

A Salvadoran immigrant who has been in this country for 37 years, Mendez said he was disappointed by the government response to hunger in the early days of the crisis.

“COVID might have taken a lot of Long Islanders, but not hunger,” Mendez said. “We made sure people were fed.”

Shortly before the New York Pause order went into effect March 22, Mendez purchased about $4,000 worth of food wholesale in anticipation of people being in need. By March 23, he went to work, putting the word out on social media and through his Garden City-based internet radio stations El Villano Radio and America’s Islamic Radio.

Latino enclaves like Brentwood and Central Islip have been some of the most impacted by the virus with 4,458 and 2,107 cumulative cases, respectively, as of Thursday, according to Suffolk County data. Workers without Social Security numbers, such as immigrants living in the country illegally, could not receive federal stimulus checks, according to the Internal Revenue Service.

Sanchez, who immigrated from El Salvador and became a U.S. citizen in 1998, has lost five cousins to the disease. He was so inspired by Mendez’s work that he volunteered for the effort once he recovered.

“You can see people's tears coming out when you show up with a bag of food,” Sanchez said.

While Mendez's operation was run by Latino volunteers and mostly served Spanish-speaking communities, it helped a diverse range of people. The group was willing to aid anyone who needed it, he said.

“I didn’t think of myself as a Hispanic when I was feeding folks,” he said. “I thought of them as New Yorkers, as human beings. The fact that I was able to cover a need, it's what New Yorkers do.”

Alethea Shapiro, an activist and mother of four from Roslyn, was among those to heed Mendez’s call for help. Shapiro personally matched the $3,000 she raised through social media and created the Cereal Squad, which collected about 2,000 cereal boxes for the effort.

“You never know who is watching or who is reading and we were able to make a lot of crazy things happen,” she said.

Shapiro described Mendez’s operation as a “well-oiled machine” and said he stepped up to feed his neighbors when nobody else could or would.