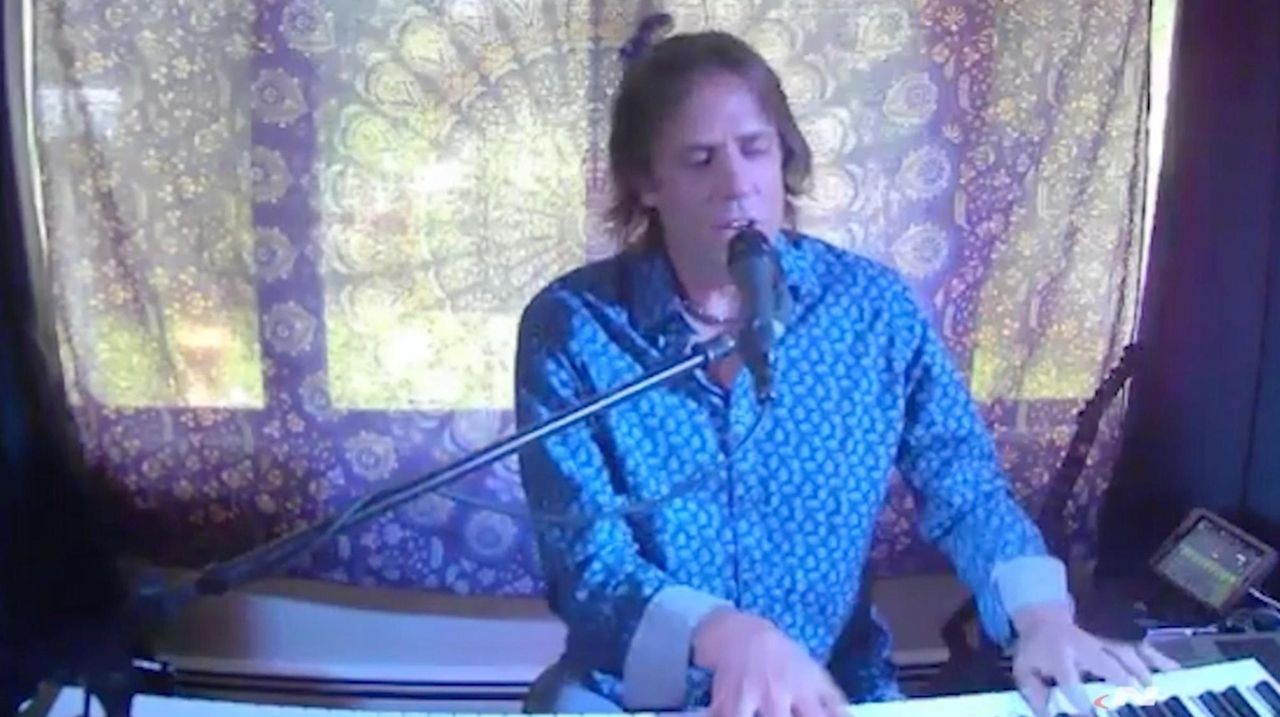 Whenever Long Island gets hit with a blizzard and people are forced to get cozy at home, Kenny Friedman sees an opportunity to perform.

He takes to his Facebook page, Kenny Friedman’s Music Page. And with a click of the “Live” button, it’s showtime.

“I would do Facebook Live in my living room, where the piano is,” said Friedman, of Huntington, who sings and also plays guitar. “My friends and family wanted to tune in, and I’d play songs for a couple hours.”

He’d field plenty of eager requests along the way, joking that it became an interactive jukebox.

When the coronavirus outbreak began in March, Friedman said he had a moment of panic. His schedule for the spring and summer had been booked with bar and restaurant gigs, dueling piano shows and weddings that his band was supposed to play. That’s how he makes most of his living.

So Friedman started reconsidering his Facebook Live performances — only this time, he’d ask folks to put a dime (or so) in the jukebox.

“People donate what they can and just enjoy the music,” he said. “Not everybody’s in a financial position to give, and we don’t turn anyone away.”

Three nights a week, Friedman takes song requests and performs on Facebook Live. He covers everything his viewers throw at him, from songs by The Monkees to Celine Dion to Bruce Springsteen. During the height of the pandemic, Friedman said the livestreams garnered 8,000-9,000 viewers on Thursday nights.

Friedman's concerts take place on Sundays and Tuesdays via the page Quarantine Keys, which is run by like-minded musicians from Colorado performing from their own living rooms throughout the pandemic. On Thursdays, he broadcasts live from his own page.

Friedman transformed his living room into a performance space — there are lights, cameras, microphones and instruments galore. One of his viewers even sent him laser lighting equipment, which was perfect for a particular livestream he did in which he only covered Pink Floyd songs.

“I didn’t know how to do what I’m doing now at the beginning of quarantine, technology-wise” Friedman said. “I’ve learned everything I’ve learned in the last four months.”

Friedman teamed up with his longtime friend and bandmate Tommy Williams. They play together in the band Wonderous Stories, and Williams said doing these shows together was a no-brainer. He remembers how he “masked up” and left his Great Neck home for an “experimental” jam session at Friedman’s, that would turn into weeks of livestreamed shows. Sometimes the shows go on for five hours, or until 1 a.m., Williams said.

In addition to taking donations to support themselves during a time in which a musician’s job heavily relied on virtual gigs, Friedman and Williams have also used their shows to raise money for other causes.

In June, they raised money for Kevin Sheehan, who owns several music venues on Long Island, including The Warehouse in Amityville and K.J. Farrell’s Bar & Grill in Bellmore. He had created a GoFundMe page for the latter.

“Times are tough,” Sheehan said. “Rent is due, all the bills are due and we’re not making money.”

Friedman and Williams offered to perform a Facebook Live concert from the K.J. Farrell’s page to help raise money for the cause.

“Those guys play for me on a regular basis,” Sheehan said. “And it was a great thing for them to do.”

Friedman and Williams also raised money for another cause. Friedman’s son, Andrew, decided that for his birthday he would ask friends and family to support the NAACP Legal Defense and Educational Fund. He set a goal of $200. With the help of his dad’s audience, they raised over $1,000.

“One of the things we’ve done that I’m most proud of is we’re not just getting in front of people and playing music — we’ve created a community,” Friedman said.

The whole experience has given Friedman, Williams and their audience — whom Friedman calls his "Jukesters" — something to count on during these uncertain times, and something to look forward to every week.

“We’ve got quarantine friends; people who didn’t know each other before,” he said. “If we were all able to get into a room together at same time, it would be an amazing party.”