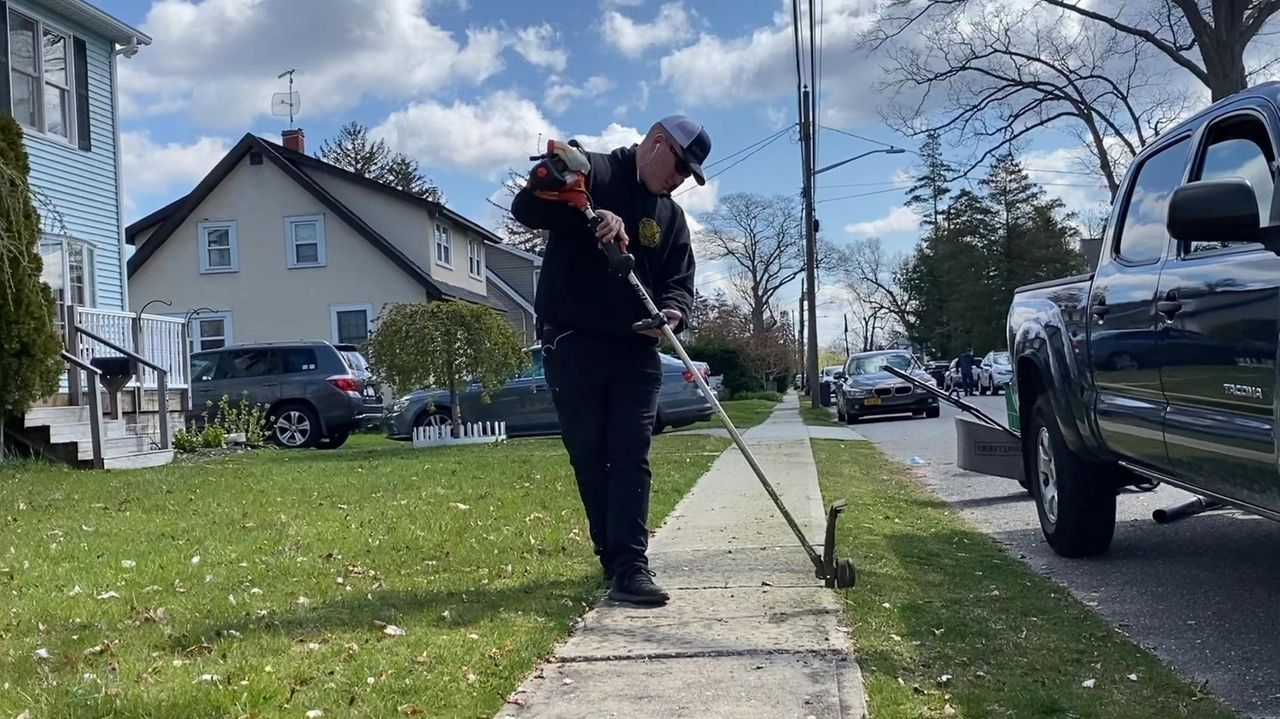 A West Babylon teen is offering to cut grass at no charge for health care workers who are working in hospitals during the coronavirus pandemic.

Michael Lindner, 17, said he was doing homework late one night last week when he thought about “all these health care workers, who can’t do anything because they’re busy.”

He decided to advertise his services in the hamlet’s community Facebook group.

“I didn’t think anybody would respond, but I got a good amount of people saying they wanted their lawn cut,” said Lindner, who is a senior at West Babylon Senior High School.

In less than a week’s time he has mowed five lawns, including those of two nurses.

Jessica Zito, director of patient care services at South Oaks Hospital in Amityville, said Lindner cut the grass on her corner lot on Tuesday. She admitted that her front lawn looked “atrocious.”

It’s not as if Lindner doesn’t have other things that need his attention. If he isn’t doing school work, he’s taking online courses to be an HVAC technician, in addition to finishing up fire training classes online at the Suffolk County Fire Academy. He volunteers for the hamlet’s fire department, said chief of department Robert Sullo.

When Lindner does mow a lawn — which he said can take up to an hour to do depending on the property’s size — he prepares the night before and makes sure he can borrow one of his parent’s vehicles, which is an upgrade from the shopping cart he had used to transport a blower, an edge trimmer and lawn mower, he said.

His mother, Francine, who is a teacher’s assistant at Nassau BOCES in Bellmore, said her son balances his time instead of just focusing on enjoying his last two months as a high school student. Lindner plans to attend Suffolk County Community College in the fall.

“Michael is the type of person that cannot sit still,” she said. “He needs to keep doing things and he does it. He did it just out of the kindness of his heart because that’s what he does.”

Helping others runs in the family. Lindner’s twin brother, Adam, volunteers at local food drives; their older brother Derrick, 18, is a youth counselor at Our Lady of Grace Church in West Babylon; and half-brother Thomas King, 30, is an EMT.

Karla Vera, a nurse, said Lindner’s mother contacted her to let her know he was going to cut her lawn. Vera said she offered to pay Lindner but he declined. She said she would have gone outside to greet him, but instead she’ll wave from her bedroom, where she has quarantined herself after testing positive on April 2 for COVID-19.

“Michael is taking one brick off our shoulders,” said Vera, adding that her husband was laid off from his job in the art industry on March 20. “As much as this has been a horrible experience, it shows me how much help my husband, my neighbors are. It’s very touching.”

Lindner, who turns 18 on Saturday, said he would be open to helping people outside West Babylon.

“It’s a possibility,” he said. “Once I get a truck and trailer.”