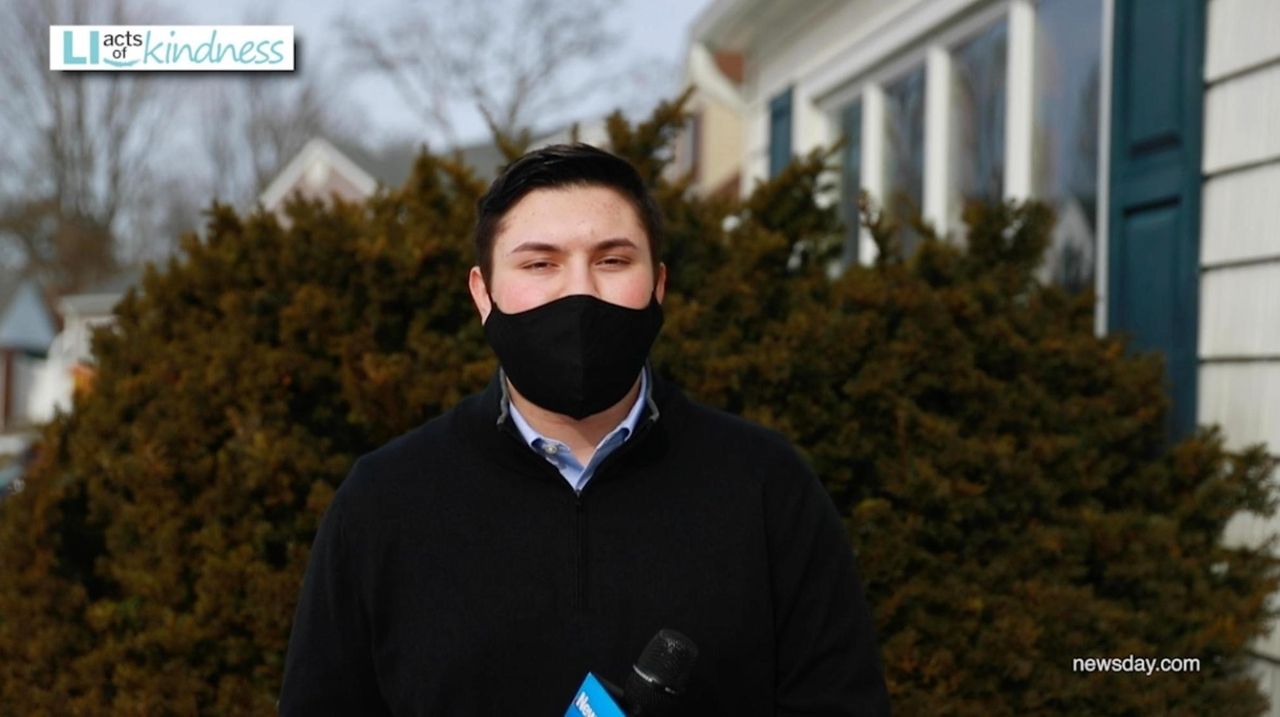 Seventeen-year-old Sam Chon said he has a "longstanding dream" of enrolling in the U.S. Naval Academy.

But before he gets there, he’s honoring those who have already served by fundraising, collecting donations and raising awareness.

"We wanted to do something to benefit veterans, especially in these crazy times," Chon said.

The boys formed an organization called Long Island Loves Veterans, or LILV. Their mission statement, Chon said, is "to serve those who serve us."

The organization started by fundraising and collecting thousands of dollars worth of donations last Veterans Day. The students walked around Plainview distributing copies of a letter Chon wrote to their neighbors.

In the letter, he asked Long Islanders to leave marked donations on their front lawns on Nov. 7. He included a list of items veterans needed at the Northport VA Medical Center, including soap, deodorant, pajamas and blankets.

"When the day came, we were honestly overwhelmed by the amount of things people gave us," said Aidan Davis, 16. "My dining room table was completely filled with stuff."

Chon said one neighbor donated around 400 CDs and DVDs. Davis’ mother, Rebecca Davis, said another donated 20 blankets she had crocheted.

"She said she was waiting for an organization to give them to because she made them in honor of a family member that served who passed away," she added.

LILV also accepted monetary donations via Venmo and Paypal. After picking up wish list donations from around their neighborhood, Chon went through everything and noted which items were still needed. Then, he took the monetary donations and headed to Wal-Mart to buy the rest.

"We got every single item on that wish list," he said.

On Veterans Day, LILV members and their parents loaded up two SUVs-worth of donations. They headed to Northport, arranging a dropoff with Joe Sledge, a health systems specialist at the Northport VA. He’s been facilitating donations from nonprofits and individuals to the medical center during the pandemic.

Sledge said the unprecedented circumstances have caused new needs for veterans at the VA. For example, he said usually family members will come by and bring their loved one’s laundry home, wash it and then bring it back. Under visitation restrictions, that isn’t possible, and staff started doing laundry for the veterans on site.

He said the efforts of LILV came in handy for that.

"These donations of detergent were really helpful in that regard," he said.

Sledge said when the boys arrived with the donations, "they didn’t look for any type of recognition, which made it even more special."

"Their goal was to cheer up the veterans and let them know they were being warmly remembered on Veterans Day, and these kids did it," Sledge said. The donations are being spread across the hospital as needed through recreational and nursing services, he added.

Aidan Davis said the experience has taught him a lot about helping those who are less fortunate than he is. He said his community tends to feel insular, and wants to remind other teenagers to "count their blessings."

"In a veterans hospital, there could potentially be a COVID outbreak and they have to be super careful with their routines, and I can see how that could be a lot of stress on them," he said. "It’s important to let them know there are people thinking about them."

Chon said he’s on track to register LILV as a nonprofit: "With the shocking success of our first fundraiser, we were so heartwarmed by how generous people were and we wanted to make it official."

In the future, he’s hoping to collaborate with American Legion and The Veterans of Foreign Wars. Next up, Chon wants to plan a 5K swim and fundraiser with his swim team this summer. And Davis said he’s looking forward to getting in touch with local legislators to expand the organization.

In the meantime, Sledge said anyone looking to do something meaningful for the veterans of the Northport VA Medical Center can get in touch with the voluntary service office.

"There are a lot of generous people out there caring about veterans during the pandemic," said Sledge. "It was so nice to meet this particular group of young men. They just wanted to do the right thing."

Play games at a pinball arcade, more things to do this weekend on LI
LI drive-in movie, concert schedule for the spring and summer
5 things to know about LI Restaurant Week
0:57
LI eateries serving stand-out vegan dishes
1:26
Explore a field of 500,000 tulips at LI farm this weekend
1:26
Explore field of 500,000 tulips at LI farm
Didn’t find what you were looking for?