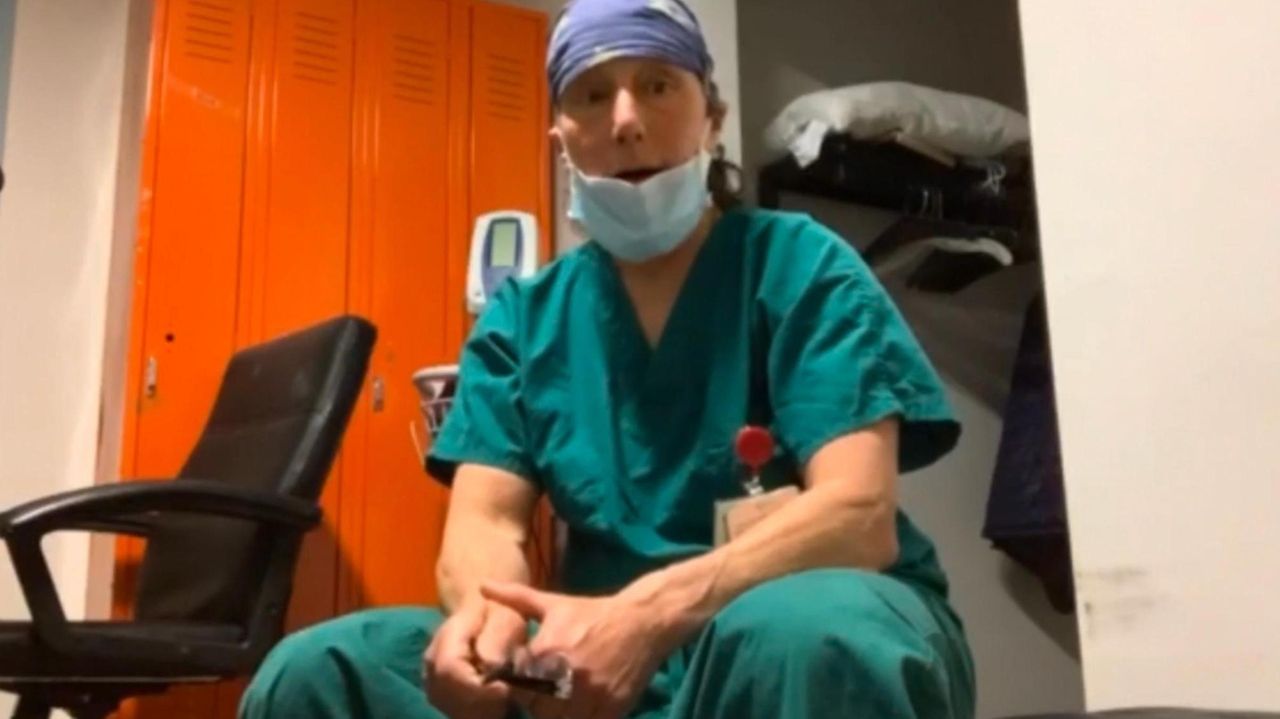 Respiratory therapist Shari Hymes has done her part in the fight against COVID-19 — and probably enough to cover the part of a few others, too.

It’s less invasive than life support — oxygen is delivered through a nasal cannula and a patient can sit and eat while using one — and it carries less risk for airborne transmissions for health care workers, Hymes said. The South Fork hospital had begun treating patients with the technology, and Hymes, 58, suggested the Greenport hospital do the same but was told funding would be an issue.

“I came in and I said this would be huge. I really need to get these to the other hospital I work with," she said.

She said the equipment itself cost $5,500, while the rest of the money funded a month’s worth of supplies. To pay for it, Hymes took some money out of her latest paycheck, which she said was more than the usual after working overtime for the past two weeks, and some from savings. Hymes, who donates about $1,000 per year to animal charities and to the Southampton hospital, said it’s the largest charitable donation she’s ever made.

Other benefactors have since followed suit. Eastern Long Island Hospital Foundation board members Peter and Erica Harold donated a rapid flu detection device, and Randy Frankel, a financier who owns Shinn Estate Vineyard in Mattituck and Croteaux Vineyards in Southold, made a $100,000 donation.

Meanwhile, Hymes has been putting in shifts six days per week and watching the emotional and physical toll the disease is taking on her colleagues. Her wife, Mary Scheerer, has been living at the couple’s Wilmington, Vermont, home while Hymes is in Southold to avoid contamination. To relieve, stress she mountain bikes, runs and watches ''Ozark'' on Netflix.

“All of our staff — and I mean all of us — are working extraordinarily hard to keep themselves, their patients, and this community safe during this unprecedented time,” Eastern Long Island's chief executive Paul J. Connor III said in a statement. “Shari is going above and beyond the call of duty here; she’s one of the many modern-day heroes that make me so proud to be part of this incredible staff.”

Often RTs are among the few professionals to have any physical contact with critically ill COVID-19 patients and are in high demand during the crisis. The shifts are long, and Hymes said she gets dehydrated because she avoids removing her mask at work, but her focus is always on the patients.

“We have to still remember that person laying on that table. They are scared and they are alone,” she said. “You have to be their family, you have to hold their hand and you have to look in their eyes.”