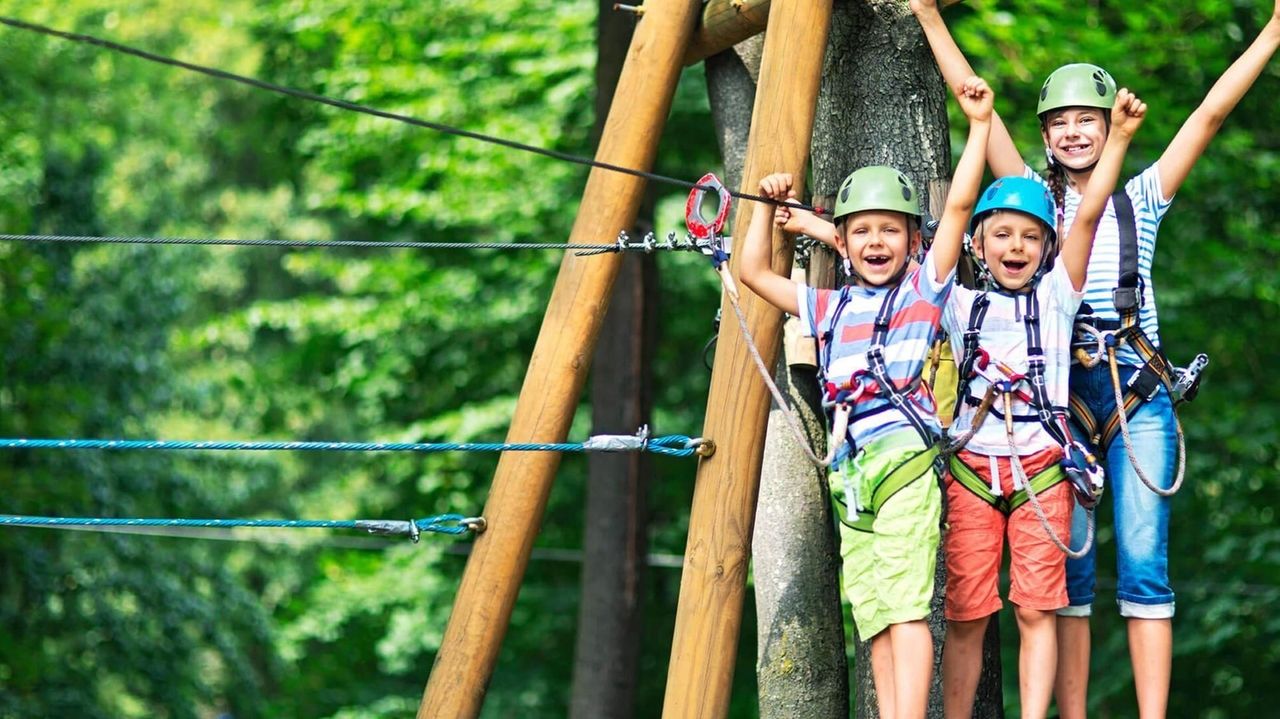 Children likely will still ride on buses at half-capacity while wearing masks, have health and temperature checks each morning, and spend most of the day with their designated cohort group, said Mark Transport, immediate past president of the Long Island Camps and Private Schools Association, and owner-director of Crestwood Country Day Camp in Melville.

Unvaccinated campers will be encouraged to wear masks when indoors in large groups for an extended time period, such as when it rains, he said.

But aside from that, camp should be back to business as usual, expecting to operate at 80% to 90% percent enrollment or more, compared to last summer when camps that opened operated with 30% to 50% of the typical camper population, Transport said during the webinar on "Camp, COVID and Vaccines." Up to 95% of camp activities are outdoors, he said.

"A lot of camps on Long Island are filling or full," agreed Dan Weir, senior director of program development for the YMCA of Long Island. He said parents who want to enroll their children year should "definitely hurry up."

Parents who have questions regarding staff vaccination and/or testing and other COVID safety issues should seek camps licensed by New York’s Department of Health; Nassau and Suffolk health departments partnered closely with licensed camps on safety standards, Transport and Weir both said. "Not every camp handles things the same way," Weir said.

Parents sending children to a sleepaway camp out of state should seek camps accredited by the American Camp Association, which has provided advice to camps, Transport said.

As for a need to wear masks indoors, Iloabachie’s professional opinion is this: "If I were to boil it down very, very simply, I would say, if you’re indoors and not vaccinated, I would certainly keep the mask on."

With pandemic-caused isolation waning, camp staff will be on the lookout for children who might be having trouble readjusting to a return to socializing, Transport said.

"We understand that there was a lot of psychological stress and social stress on children throughout the year," Transport said. "Certainly their normal social circles and social activities were interrupted. This summer, because of what kids have been through for the year, will be the most important summer that we’ve ever faced."

3:07
65-year-old fulfills lifelong dream of opening restaurant
3:07
Here's what it's like to open a restaurant with your family
LI restaurants, theaters push back on state's vaccine suggestion
Family carnivals are back: Put these dates in your calendar
10 events, things to do this weekend on Long Island
LI drive-in, outdoor movie and concert schedule for summer
Didn’t find what you were looking for?