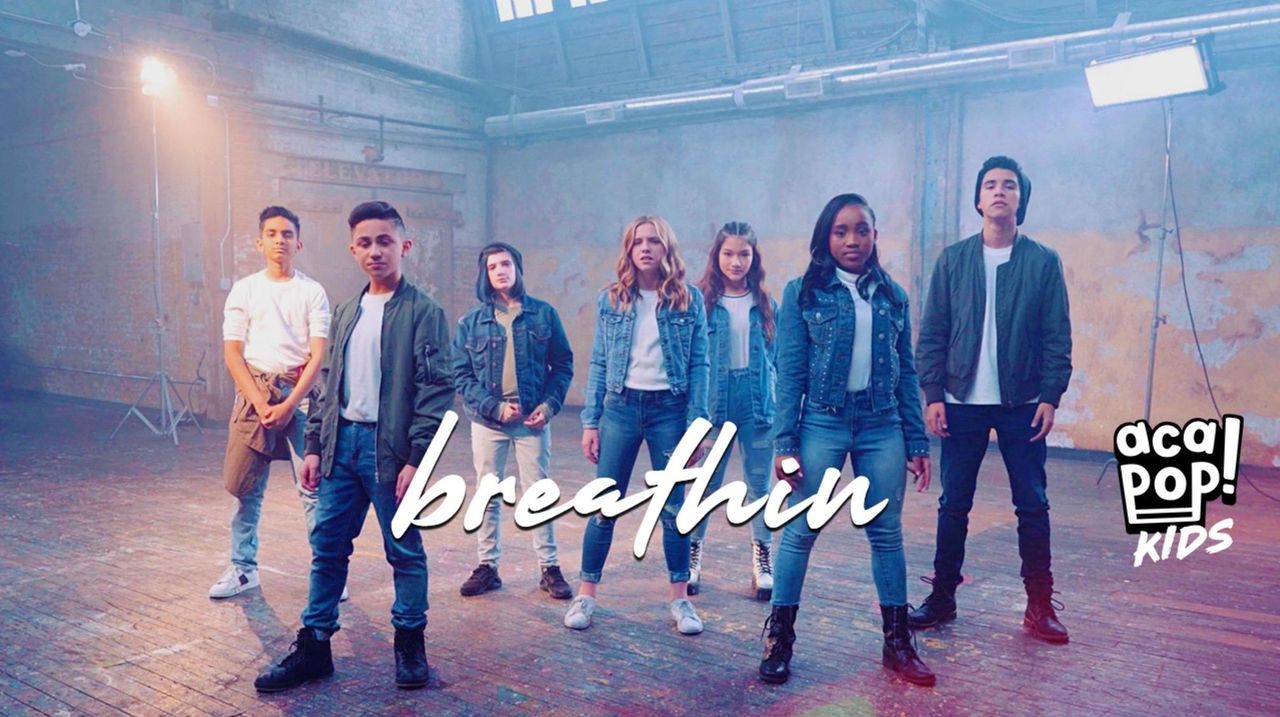 Sayville tween Camryn Quinlan is front and center in a new music video from a new group called “Acapop! Kids,” an a capella venture from the team behind the a cappella group Pentatonix.

Camryn, 12, is one of 25 performers nationwide who are inaugural cast members and who rotate performing in videos; her performance in a cover of Ariana Grande’s hit “Breathin” has been viewed more than 329,000 times. That video was filmed in Brooklyn; she has since flown to Dallas and Los Angeles to perform in two other videos that are set to be released in January and February.

“It’s been fun,” Camryn says of the experience so far. “You get to work with a bunch of fun kids.” Camryn is the only group member from Long Island; members range in age from 8 to 15.

“Acapop! Kids” is currently releasing videos online to grow the audience and is scheduled to release an album in the first quarter of 2020, says Shams Ahmed, executive producer. Ahmed called Camryn an amazing performer. “She never fails to wow us with her agility and her ability to sing pop music like a true diva,” Ahmed says.

Being part of Aca Pop! Kids gives Camryn a bigger platform than she can reach through her personal accounts, says Matt LaPorte, president of The Loft Sound Studio in Sysosset, who has been working with Camryn on her singer/songwriting efforts. “Most kids don’t get a chance to get themselves out there like that,” he says. “She’s able to reach more people with the amazing talent she has.”

In addition to singing, Camryn likes to play piano, ukulele and guitar. She’s got one older brother, Jack, 15. “I just always loved singing,” Camryn says. “I asked my mom for music lessons. My music teacher told me not all kids sing like that.”

For more information on the group, visit acapopkids.com.