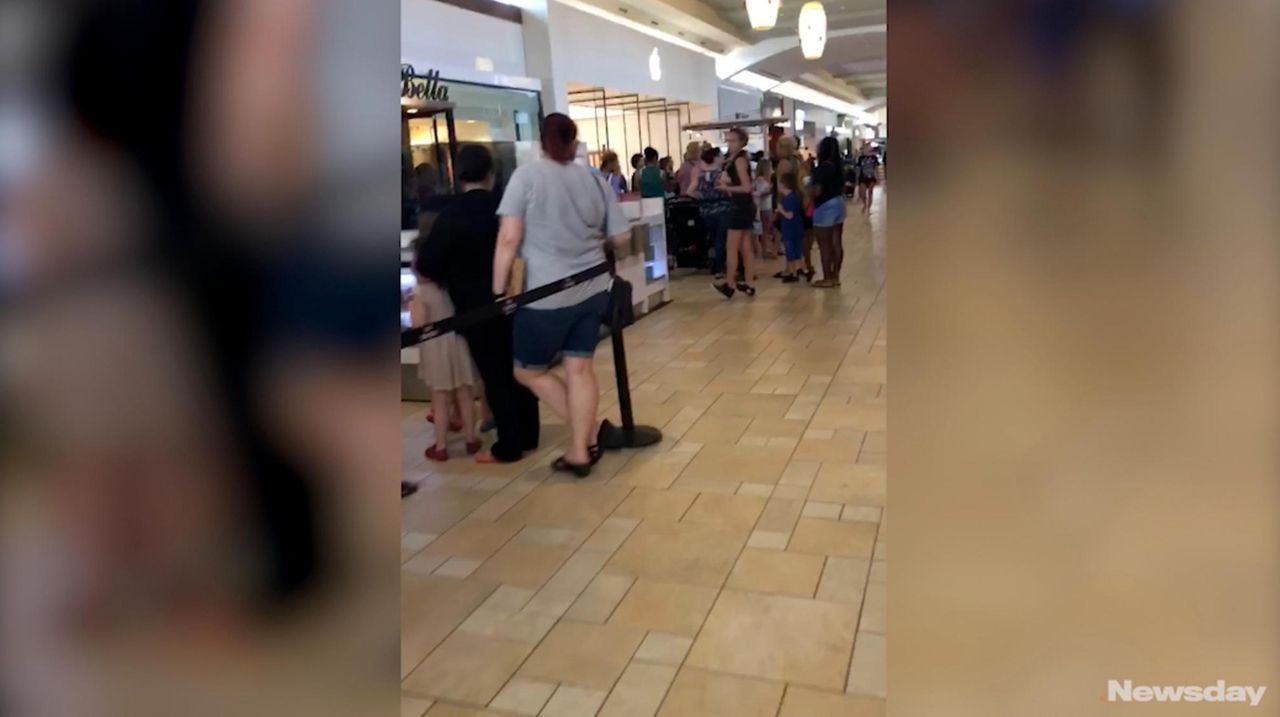 Build-A-Bear Workshop suspended its Thursday "Pay-Your-Age Day" due to overwhelming demand. People were in lines at the Smith Haven Mall in Lake Grove for hours for the chance to pay their child's current age in dollars for any Build-A-Bear. Credit: Christine Kolinek

Build-A-Bear Workshop suspended its “Pay-Your-Age Day” on Thursday due to overwhelming demand at its three Long Island locations and nationwide, frustrating parents who took to Facebook and Twitter to complain about long waits and disappointed kids.

Parents reported standing in lines at Roosevelt Field in Garden City, Smith Haven Mall in Lake Grove and Walt Whitman Shops in Huntington Station for hours for the chance to pay their children’s current age in dollars for any make-your-own furry friend available in the store. A Traditional Cocoa Bear, for instance, normally costs $25.50.

“It’s crazy,” Allison Kester, 35, of Holtsville, said in a phone interview while on line at Smith Haven. She had arrived at 9:30 a.m. with her 7-year-old son and 10-month-old twins, and was still on line at 1 p.m. But she took the wait in stride. “We’re meeting other moms and we’re hanging out,” she said.

Early in the afternoon, the company began to turn away new arrivals. It issued this statement on its website: “Per local authorities, we cannot accept additional guests at our U.S. Build-A-Bear Workshop locations due to crowd and safety concerns. We have closed lines in our U.S. stores. We understand some of our guests are disappointed and we will reach out directly as soon as possible.”

Later in the day, the company announced that it is making $15 vouchers available to Build-A-Bear Bonus Club members in the United States and Canada who log into their account by midnight on Sunday. The vouchers will be honored through Aug. 31, according to the company. A Build-A-Bear representative would not comment further.

Build-A-Bear customers choose a stuffed animal’s skin and then stuff the animal and name it themselves. They can also purchase accessories such as clothing for their toy. Customers had the option of selecting just the skin Thursday and returning to stuff it another day.

The Pay-Your-Age Day was intended to be a one-day promotion to kick off Build-A-Bear’s Count Your Candles birthday experience. Count Your Candles is a new program that will allow guests 14 and younger to pay their age for a Birthday Treat Bear when they visit a Build-A-Bear Workshop during their birthday month. To participate in the Pay Your Age Day deal and/or the Count Your Candles program, parents or guardians older than 18 needed to enroll in the complimentary Build-A-Bear Bonus Club rewards program.

Lauren Regan, 31, of Glen Oaks, Queens, arrived with her 1-year-old son, Daniel, and her husband, Dan, at the Roosevelt Field Build-A-Bear location at about 9:30 a.m. Thursday and watched as the line behind her grew to snake along the outside of the mall. “I was surprised by how many people were willing to get in the line when it was out the door and all the way down the outside of the mall,” she said. “If I had seen that line when I arrived, I would have driven away.”

Must-have summer and pool toys to buy nowThe weather is warmer, flip-flops are on and beach days are ahead. That can only mean one thing: It's time to stock up on new summer toys. 24 ways to enjoy summer on LINo matter where you live on Long Island, there are vast resources for you to tap into for some fun. Beat the heat: 21 places to cool off on LIThere are many sprinkler parks and waterslides in Nassau and Suffolk -- a perfect place for kids to cool off this summer.