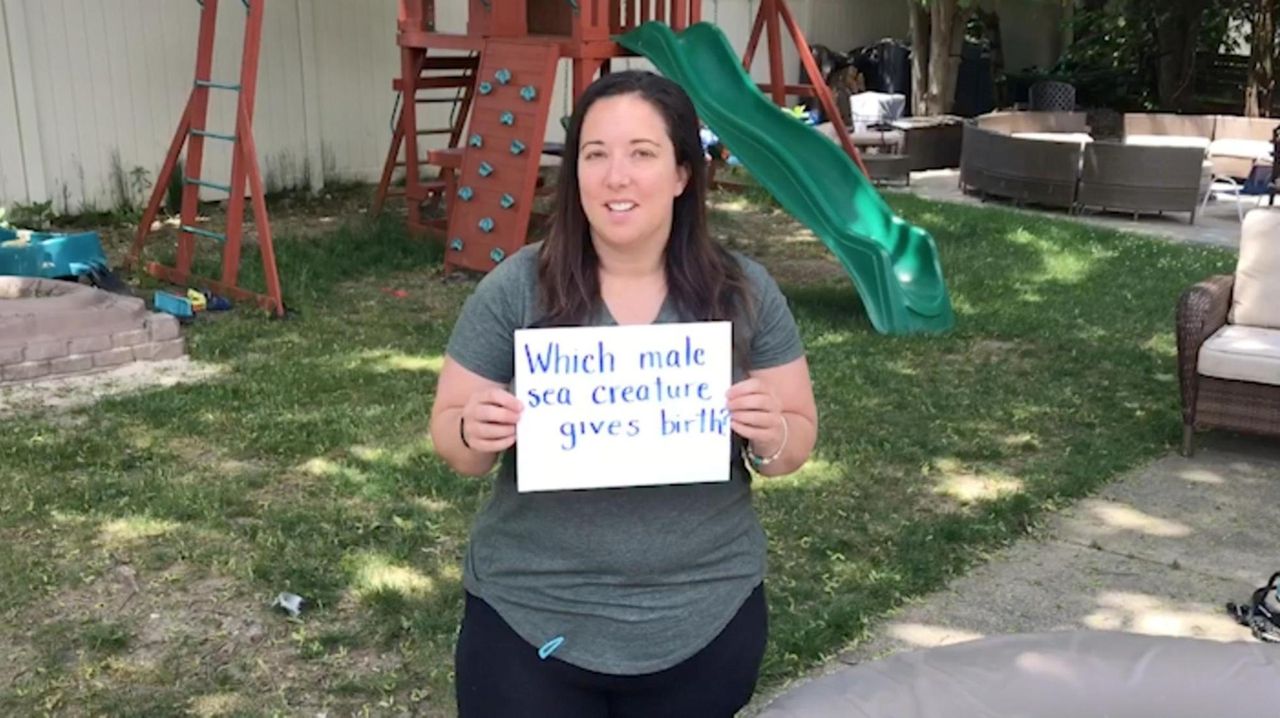 Jeannie Kuhner of Deer Park has a PhD, so she figured helping her son, Christian, 5, do his kindergarten math homework would be a slam dunk. “But I’m floored by some of the questions,” she says.

Take this one: How many sides are in a circle?

Kuhner, 36, chair of the family consumer science program at Great Neck North Middle School, is not the only parent who was stumped by a child’s schoolwork and learned something new during months of distance learning with their children. Whether math, science social studies — or even gym — parents say they’ve garnered some knowledge that could make them competitive contestants on the TV game show “Are You Smarter Than a Fifth Grader?” Here are 10 fun facts parents shared, from learning what an “egg tooth” is to which president kept a raccoon as a pet.

1. So how many sides are in a circle? Kuhner and her husband, Edward, 41, a civil servant, agonized, totally overthinking the problem, she says. Should it be one, because a circle is a continuous line? Are they supposed to be considering a circle as two semicircles? “We actually called my neighbor, the math teacher,” Kuhner says. “He’s like, ‘It’s zero.’ ”

2. Christine Figliola, 39, of East Setauket learned about an “egg tooth” with her son Anthony, 7, a second grader. When a chick inside an egg is done growing, it uses a specific part of its beak called the egg tooth to poke its way out; the egg tooth dries and falls off soon after. "That was the first time I ever heard that," Figliola says. "That was quite interesting."

3. Working on virtual preschool with her daughter, Natalie, 3, taught Kuhner that the male sea horses are the ones who have the babies. (The female sea horse deposits eggs into a pouch on the male, and he carries them until they are born fully formed.) “I was like, ‘There’s not many species where the fathers are really more the caretakers biologically,’” Kuhner says.

4. What’s the largest seed in the world? The coco de mer, the seed of a palm tree, shares Krista Calvanese, 38, of Hauppauge, a secondary school math teacher whose son, Vincent, 5, is in pre-K. (It can be up to 12 inches long and weigh up to 40 pounds, according to Wikipedia.) “After watching his teacher talk about the different parts of a flower and how plants grow, we decided to purchase some of our own vegetable plants and some seeds and created our own vegetable garden in the backyard,” Calvanese says. “Vincent and I talk about the process as we water the garden each morning.”

6. Colleen Davis, 37, a physical therapist who grew up in Levittown and is now living in Connecticut, says that the first day she was helping her daughter, Cassidy, 5, with her kindergarten homework, the directions were "circle the digraphs" with a list of words. Davis looked at her daughter and said, "Do you know what a digraph is?" Cassidy answered, "No. Don't you?" Davis did not. "I had to look it up," she says. Turns out a digraph is two letters that together form a sound, such as ch, sh, ck.

7. Some very interesting pets have lived in the White House, Figliola says she learned. For instance, that Calvin Coolidge walked a raccoon on a leash (its name was Rebecca).

8. Busie Matsiko-Andan, 42, a global strategy consultant from Melville, picked up a scandalous tidbit of history from her daughter, Sydney, a fifth grader. Cleopatra had a son out of wedlock with Julius Caesar. And Matsiko-Andan didn't know that Cleopatra was actually Greek and not Egyptian. "Who would have known I'd learn this from a 10-year-old," Matsiko-Andan says.

9. Michelle Ingargiola, 38, of Melville, says she learned how to make a ring toss game using a tissue box, paper towel roll and paper plates as she became the de facto gym teacher for her son Brody, 5, who is in kindergarten. “I live in an apartment. We don’t have a yard. We have a tiny balcony,” she says. She had to create something they could use for gym class indoors. They turned the tissue box upside down, attached an empty paper towel roll, and cut holes in the paper plates to use as rings — something she says she never would have thought to do before. “We were really getting into it,” she says of the game.

10. “You know what I’ve been learning a lot about? The technology,” says Michelle Cohen, 42, a stay-at-home mom from Merrick. She has three daughters, Aubrie, 9, Jenna, 8, and Sydnie, 6. Her husband, Louis, 42, who is in digital marketing, had purchased Michelle a laptop that she says hadn’t been touched the whole year until the virus hit. Now, she knows how to use Clever and Seesaw, two different remote learning platforms used by her daughter’s schools. “They’re great. They’re very child friendly. It was easy for me to pick up.”