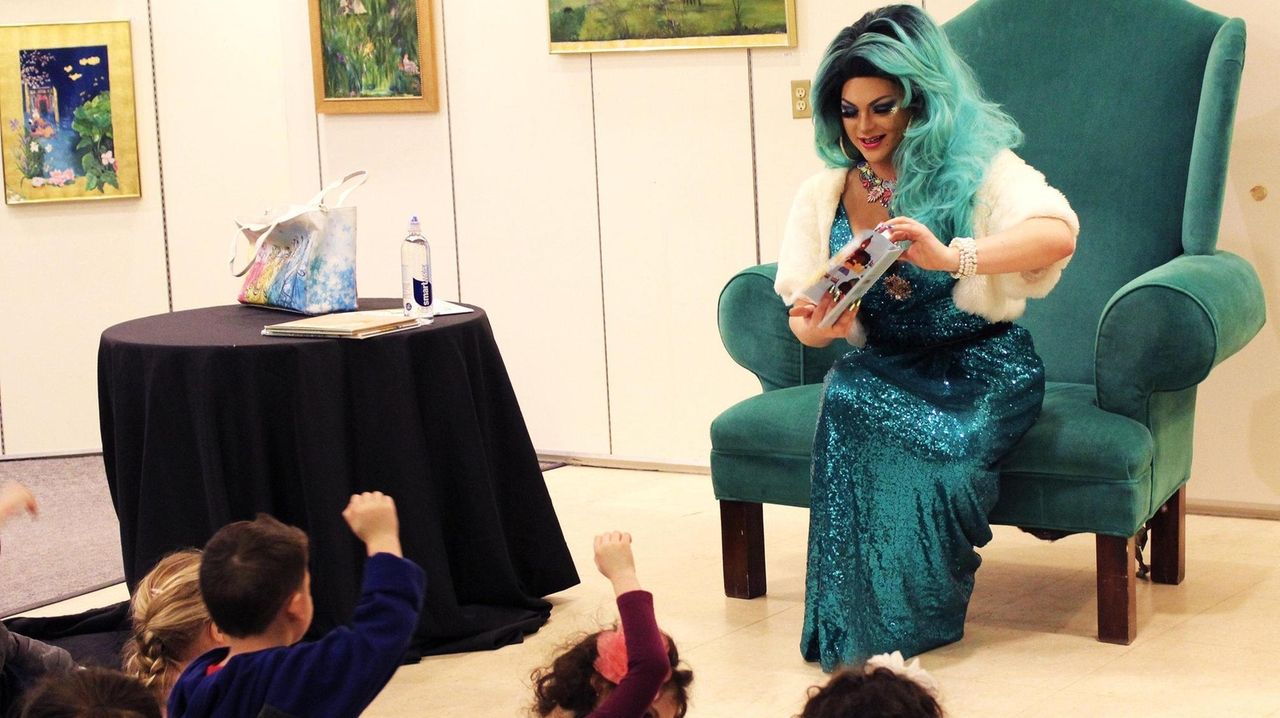 When Isiah Cruz came out to his family, he was kicked out of the house. Now, he inspires kids, including on Long Island as drag queen Bella Noche.  Credit: Newsday / Tulika Bose

Drag Queen Story Hour is about more than getting the kids away from the screens and interested in books. The two-hour event is as the title implies — a performer in drag will read to children — but the gathering is intended to offer lessons in diversity and appreciation for both one’s own feelings and those of others.

“I'm so excited to be bringing it out [to the East End]!” says Bella Noche (born Isiah Cruz), a Queens native who will lead the story time when it makes its Hamptons debut at the Children’s Museum of the East End on Sunday, Feb. 15. Bella, who says her drag aesthetic channels Princess Ariel from "The Little Mermaid," will lead readings of children's books, as well as games and a make-your-own crown crafting session. Also, as anyone with a social media account will appreciate, Bella will definitely be camera ready.

“Drag queens love taking pictures!” she says, adding, “but I don't know who loves taking pictures after a reading more, the kids or the adults who brought them! We do that at the very end and I think it's such a great way to close a Drag Queen Story Hour.”

Drag Queen Story Hour is an international organization with independent chapters in five countries and across the United States. Its events have been taking place across the country for about five years and the Long Island chapter is a nonprofit. More than a few have previously occurred east of the Cross Island Expressway; the Hamptons has yet to host one.

“It was suggested by one of my colleagues at the Children’s Museum who had seen Drag Queen Story Hour presented at a library in New York City,” says Steve Long, president of CME. He explains the museum decided to put the day together “after witnessing how much fun the families had. It seemed like the kind of playful program that would work well at CMEE.”

He adds that "having Bella read stories to children is really no different from hosting a reading by a grown-up who likes to pretend to be a fairy tale princess, a clown or a pirate.”

However DQSH, while successful and popular enough to have national legs, has its opponents. When it made its Long Island debut at the Port Jefferson Free Library in 2018, the event drew a building capacity crowd and was also met by protesters carrying signs condemning the program.

To that end, Long says: “We anticipate that kids and grown-ups are going to have a great time at CMEE. If anyone wants to protest the event, we welcome them voicing their opinions as long as they don’t prevent others from participating in the program and having fun.”

Bella adds, “Protesters are not the ones I'm there for. I'm there to entertain and create a safe, educational environment for the kids attending their readings, as well as the adults who bring them.”

Within the past year, Bella has held four DQSH events across Long Island, in East Meadow, Huntington and Westbury. The Bridgehampton event will mark her fifth.

So far, according to Long, the interest from parents to attend the CMEE event is high, and “in fact, it’s been much more than we had expected. We actually had to move the event into a bigger space in the museum to accommodate all the families who want to come.”