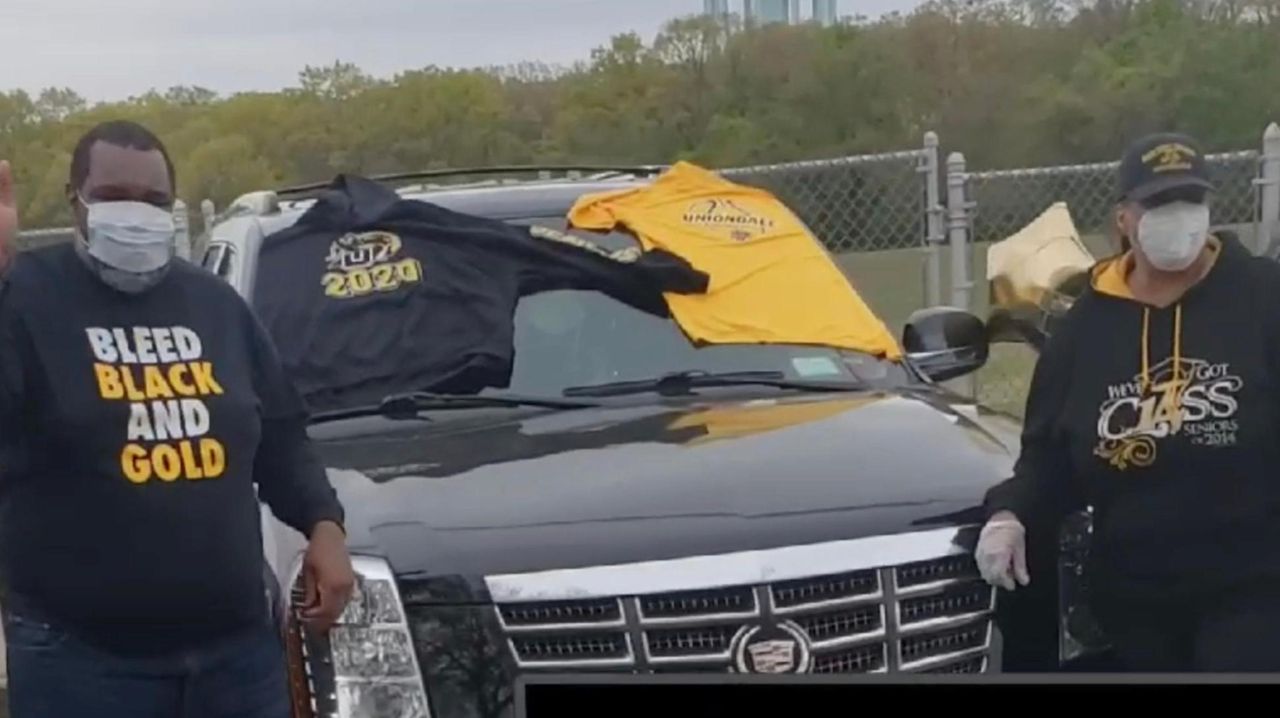 Call it "matchmaking" between the class of 2020 and members of the community.

Tracy Fasano, 50, of Lake Grove, started a Facebook page where parents post their child’s Sachem High School North senior photo and description of their personality and future plans. Invited community members can “adopt” a senior by posting their intent in the comments. They then send the senior gift cards, gift baskets or treats. “It’s fun and it gets a lot of people involved,” says Fasano, whose daughter, Samantha, 18, is a senior.

That’s one creative way communities are celebrating Long Island graduates, who will likely be missing rites of passage such as prom and a traditional graduation ceremony. Here are the “adopt a senior” details, and four other ideas:

Teacher Jennifer De Carlo decided she would “adopt” all 26 Sachem North seniors who had been in her fifth-grade class at Nokomis Elementary School. “They were one of my nicest classes, and I would like to add something special to the end of their year,” De Carlo says.

Other Long Island districts including Centereach and Connetquot also have pages. “Our page grew so fast that now every senior who is posted has been adopted at least once,” says Alison Butler, a Connetquot High School mom.

Judy Pittigher and her daughter, Madeleine, 18, a senior at Connetquot High, adopted seven of Madeleine’s classmates, made customized pizza boxes decorated with their chosen college and featuring their faces, and delivered a pizza to each of them.

Sachem North senior Samantha Fasano says she thinks it’s great that people are celebrating her peers. “It makes a lot of us feel like people care and want us to know that we’re loved,” Samantha says.

“The Daler Rock fairy is dropping off very creatively painted stones on the stoops of senior families in the Farmingdale School District,” says Glenda Rienecker, parent of Robert, 18. “I go out expecting to see a package on the stoop and it was a rock.”

The rocks, painted in the school’s signature green, say “Dalers 2020” and feature a paw print — the school’s mascot is a lion. “It’s one of the nicest gestures,” Robert says.

The Rock Fairy — who asked to remain anonymous so that the mystery continues — says she often has painted rocks as part of the national trend of people painting rocks with encouraging sayings and leaving them in random parks and other venues for others to discover. The Rock Fairy, who lives in the district and has a child in the high school (though not a senior), plans to hit about 50 houses of families she knows with graduating students. She says she hopes to put smiles on the seniors' faces.

Glenda Rienecker says she thinks the parents appreciate it as much as the students, because the parents are missing out on the milestones as well. “I have it on our living room table,” she says.

Signs of the times

Huntington High School principal Brenden Cusack dyed his hair blue — the color of the Huntington Blue Devils — as he helped the district deliver lawn signs to the homes of each of the class of 2020’s 425 seniors on “Senior Saturday” May 9.

A group of parents donated so every student would have one. Blue devil character mascots accompanied teams of teachers, parents and administrators who fanned out to make deliveries. “I cried,” says Huntington senior class president Daniela Ramos, 19, of Huntington Station. “We are living in a very hard time now and it was something very special.”

Other districts have had more informal programs, with word-of-mouth leading parents to invest in signs featuring the student’s senior photo. Richie Caiazza pivoted his business to make lawn signs under the website coolschoolsigns.com. He’s made lawn signs for seniors in Commack, Mt. Sinai, and other districts; he charges $15 for each 24-inch-by-18-inch sign made of waterproof corrugated plastic. “I want these kids to find it in their parents’ attics when they’re cleaning out the house in 50 years,” he says.

Some districts are honoring their graduates with community-wide ribbons. Central Islip is encouraging purple and gold ribbons to honor high school seniors and any child who is missing a moving up ceremony. Gianna Tantillo, 17, the junior class president at Half Hollow Hills High School East in Dix Hills organized an effort to have red and black ribbons — the school colors there — decorating the trees in front of the high school as well as neighborhood homes. That way, she says, seniors will “feel like they haven’t been forgotten in the midst of all this.”

Uniondale High School staff members thought it would be difficult to parade past all the homes of the 546 students in the senior class, so teacher’s assistant Valerie McFadden suggested they do the reverse: teachers and administrators lined up at the high school with balloons and signs on May 8 and invited the students to drive through to see them and say goodbye.

“They told the students we could decorate our cars,” says senior Krystina Stevens, 17, who put a painted 2020 sign on her car and drove by with her mom and two younger siblings. “We were able to see teachers we haven’t seen since March. It was very heartwarming. It was kind of like a final closure experience — we really did this, we made it.”

“It was emotional for everyone,” says Daniel Splendore, an English teacher and co-senior class adviser. “Everybody was wearing masks, but you could definitely see the tears.”

Typically, when people order a graduation cake, it’s not family-sized, says custom baker Andrea Marsicano of Coram, owner of Crecaketions by Andrea. “Most of the time graduation cakes are for big parties — sheet cakes,” she says.

This year, those parties won’t be happening anytime soon, she says. But still, families want to mark the milestone, so she’s started making family-sized cakes personalized for the graduate with a school’s colors. “There are so many kids missing out on these big, huge moments in their lives. It’s not a big party, but everyone needs to be celebrated,” she says.

Baker Noret Bazemore of Freeport, owner of Bella Latina Cakes, makes cakes with a graduate's photo on it. "Graduation at any level is a tremendous milestone and the culmination of so much hard work," Bazemore says. "People want to feel good about what they've done."