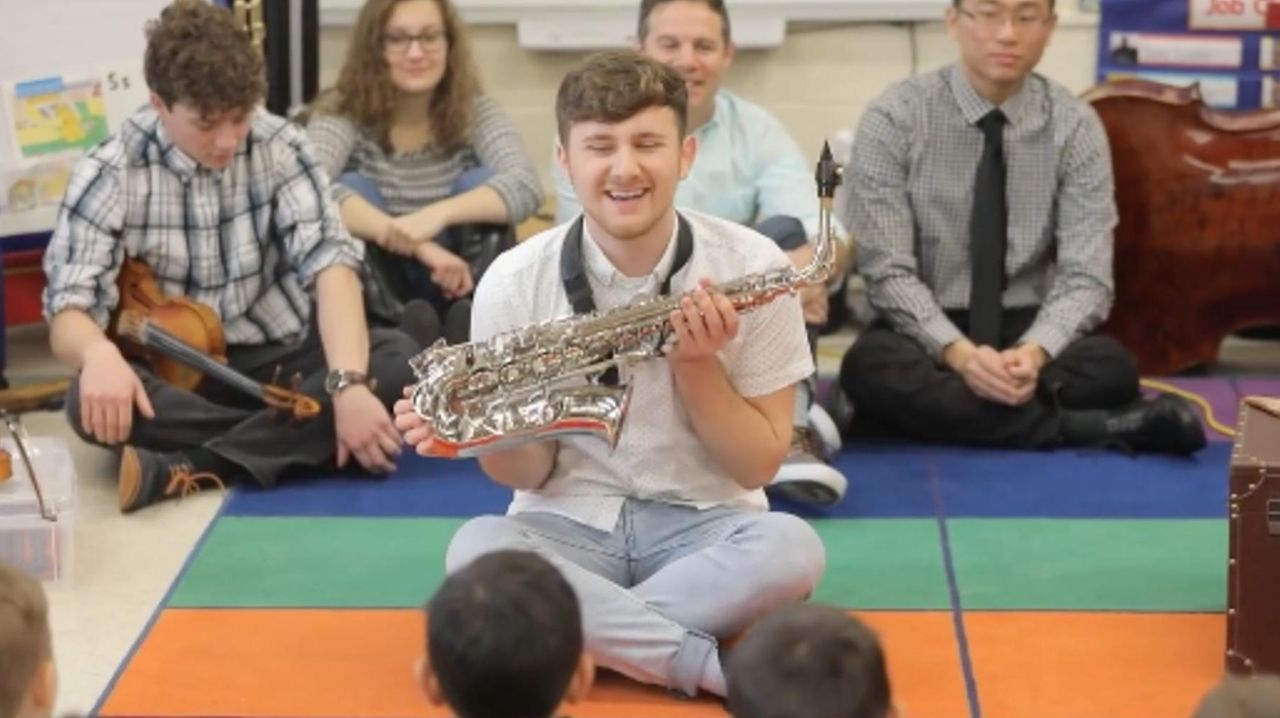 The halls in a Centereach elementary school are alive with the sound of — well, not music exactly — but the playful din of pre-kindergartners tooting trumpets and strumming guitars during a session of a novel new program, the Instrument Petting Zoo.

“Some parents ask, ‘Where are the animals?’ ” says Paul Newland, director of Stony Brook University’s Staller Center Art and Education Outreach programs, which have entertained more than 1,200 boys and girls since launching in 2015.

The center’s goal, according to Newland, is to jump-start an interest in music for kids at a very early age. “Most have never even seen an instrument, much less had the chance to try one out,” he says. And the session is designed to do just that.

A 12-member team of staffers, music students and professional musicians associated with the university travels year-round to school district classrooms, public libraries and independent venues such as The Jazz Loft, Head Start and other nonprofit organizations. They’re armed with a range of instruments (full and half-size) and ready to interact informally with as many as 30 children during 45-minute sessions.

In Centereach, clusters of wide-eyed kids ages 3 to 6 sit cross-legged on the floor while instructors guide their small fingers to the keys, strings and bows.

Soon, the instruments began to “sing” in toots, wails and chirps. Some kids prefer to wander, such as one who pauses in front of a huge bass, dwarfed and seemingly awed by its rumbling sound.

Another kid clutches a rain stick and shakes it to make it rattle; it was one of what Newland calls “the collection of silly instruments like kazoos, cowbells and jaw harps we bring along just for the fun of it.”

Then comes a rendition of “Old MacDonald Had a . . . flute” while the children clap and laugh.

“It’s hard to see who is having the most fun — the kids or the adults,” says teacher’s assistant Mary Pinga, one of the faculty attending the session.

“If just one child goes home asking for music lessons,” says Newland, “we will have done our job.”

Programs are free although registration is often required and preference may be given to residents.