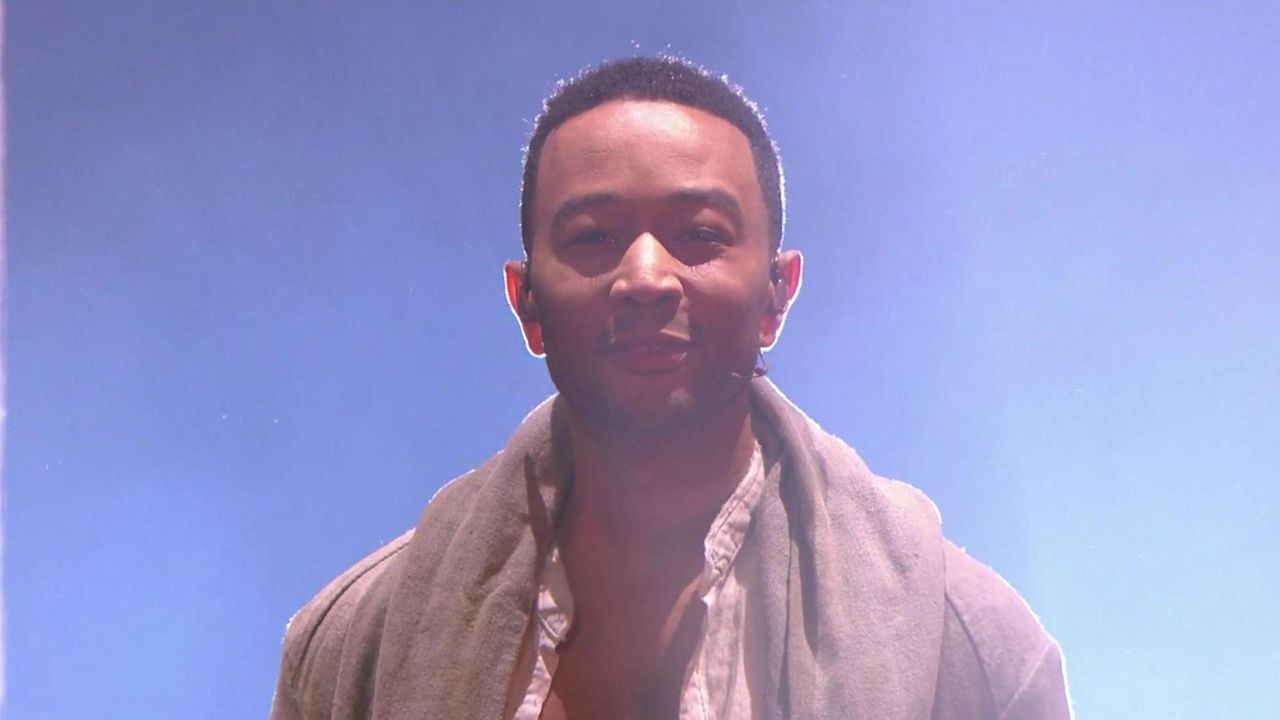 “It was scary for the first few seconds. I didn’t want anything to go wrong,” Niederauer said in a phone interview Monday morning. “But I just loved being in the moment. I got this adrenaline rush.”

Niederauer, with his signature wild hair, was also on stage several other times during the musical, which lured a reported 9 million viewers. “All of us guitarists were super grateful for the screen time we got,” Niederauer says. “If I wasn’t onstage, I was right beside it, watching. It was a great experience. I’ll never forget it.”

The teenager isn’t new to the stage — he starred for more than two years in “School of Rock,” the Broadway show co-written by Andrew Lloyd Webber. Webber also co-wrote “Jesus Christ Superstar,” and his people invited Niederauer to join the cast.

He got to meet Legend, Cooper, Dixon and Sara Bareilles, who played the major roles. “They all introduced themselves. They gave me some advice to calm me for my nerves — to put your all on the stage. They’re such great people,” he said.

Niederauer completed his “School of Rock” run in July. “It was hard to give it up,” he says. “But at the same time, you understand that you can’t play a 10-year-old forever.”

Niederauer’s parents, Gary and Alexandra, were in the audience during the live show in Williamsburg, Brooklyn. Gary, 58, called the experience “surreal.”

“This is an album I’ve cherished and I’ve listened to — wore it out basically on vinyl,” he said. “It was quite amazing.”

LI kids who found fame in 2017From appearing on "Project Runway Jr." to performing at the U.S. Open and meeting celebrities and star athletes, many Long Island children found fame in 2017. 50 best places for families on LIFind out where LI parents love to take their kids. 35 family-friendly things to do this spring on LI Great spots to plan a fun day outdoors.