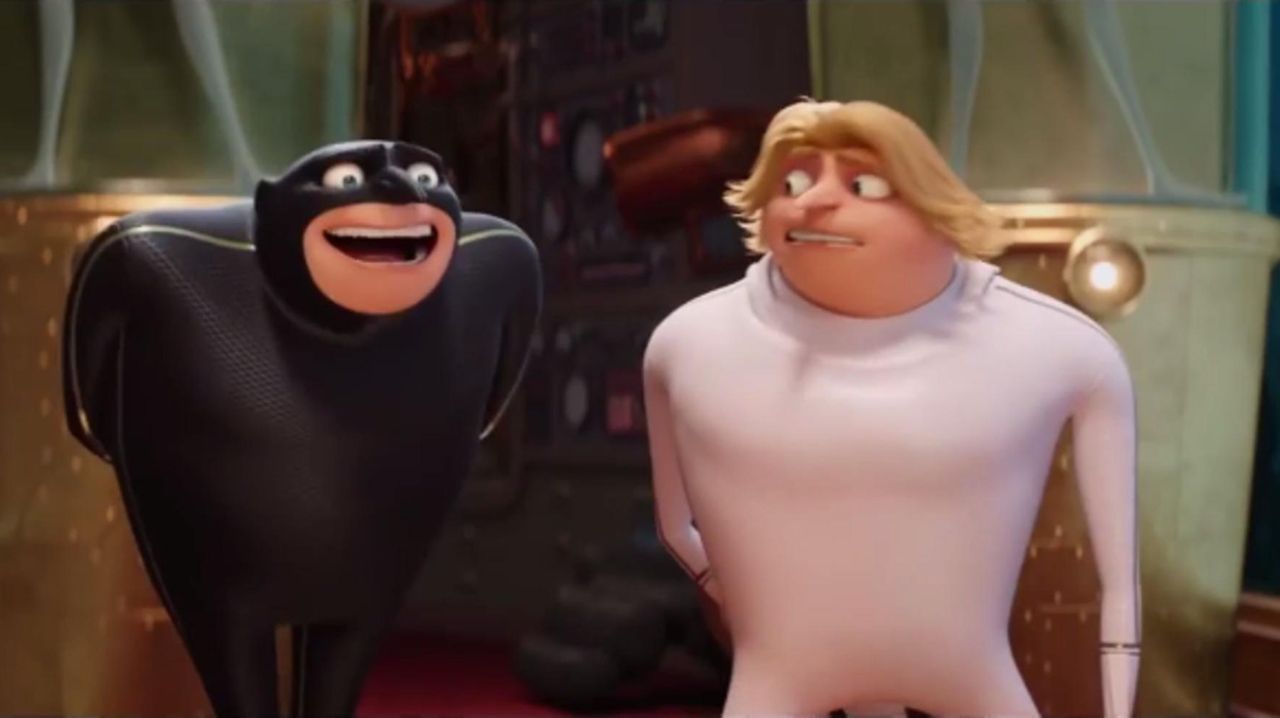 Earlier this week we got the opportunity to go to a movie screening of “Despicable Me 3,” which comes out Friday. If you remember in “Despicable Me” 1 and 2, Gru (voiced by actor Steve Carell) is the best villain until he meets his rival, Vector. Gru ends up adopting three orphan girls who play a large role in his life throughout “DM 2” when, in his attempt to be a better father, he joins the Anti-Villain League and finds his soul mate, Lucy Wilde. The plot set up in the first two movies leads up to “Despicable Me 3.”

At the start of the movie, we are introduced to a new villain, a child actor from the 1980s, Balthazar Bratt (Trey Parker). He is a really funny bad guy who likes to chew gum, dance and dress like he’s stuck in the ’80s. As part of the AVL, Gru tries to prevent Bratt from stealing the largest, most powerful diamond in the world, but he and Lucy wind up getting fired instead.

The story gets more complicated when Gru finds out that he has a twin who is the complete opposite of him; Dru is happy and rich with great hair, but he makes a terrible villain. While all of this is going on, the Minions take a trip to prison and Agnes goes on a hunt in search of a unicorn. Gru and Dru bond as twins who team up on a anti-villain mission to retrieve the stolen diamond.

We don’t want to give away too much of the ending. There are a lot of action scenes, heroic deeds and an extreme dance battle. You’re probably left wondering, will Bratt be defeated and the diamond returned to its rightful owner? Will the Minions escape? Will Agnes find a unicorn? To find out the answers, you must see “DM 3.”

Overall, the movie was funny and action-packed with some of the old characters you’ve come to know and love, with some new characters as well. Some of our favorite scenes are when the Minions stumbled upon a contestant show called “Sing” where they break into song. When Agnes and Edith went on their unicorn hunt, it added humor and a lightheartedness to the story. We also loved the ’80s dance battles and the time when the twins, Dru and Gru, pretended to be each other to try to trick everyone.

We give “Despicable Me 3” a 4.5 smile rating and enjoyed it just as much as, if not more than, the previous two movies!