Barbara Turney, 62, of Centereach, stands by her car as she reminisces about when she took drivers education at Wellington C. Mepham High School in Bellmore. Credit: Randee Daddona

Growing up in Plainview, Greg Whalen will never forget the day his driver’s education instructor summoned his class to meet at John F. Kennedy High School in Plainview-Old Bethpage at 7 a.m. one Saturday morning.

"Mr. Marks announced we were going to take a long drive," recalls Whalen, 70. "He had us each take turns behind the wheel as we drove out to Montauk." The group was on the road until 4 p.m.

"We basically looped around the lighthouse and boomeranged home," he says. "There were a few breaks for lunch and bathroom stops. It was a long day."

Getting behind the wheel for the first time can be both thrilling and chilling. Those formative years of learning how to drive leave a strong impression on our memories.

In New York State, drivers can get their permit at 16 and their license by 17, if they complete driver's ed. However, many Long Islanders were driving way before hitting those ages.

"My father let me drive at age 14," admits Richard Tearle, 78, who grew up in Garden City. "He started teaching me in local parking lots then I was on the road. I remember going over the Whitestone Bridge in 1956, two years before getting my permit."

"My uncle would put me on the tractor every Saturday and I’d drive all around the farm when I was 13. It was so cool," remembers Krummenacker. "Then he would give me the keys to the car and say, ‘Let’s go get some ice cream!’ and I’d be driving down Carman Avenue in Westbury."

Barbara Turney, 62, of Centereach, took the course at Wellington C. Mepham High School in Bellmore where the first two weeks started on a driving simulator. 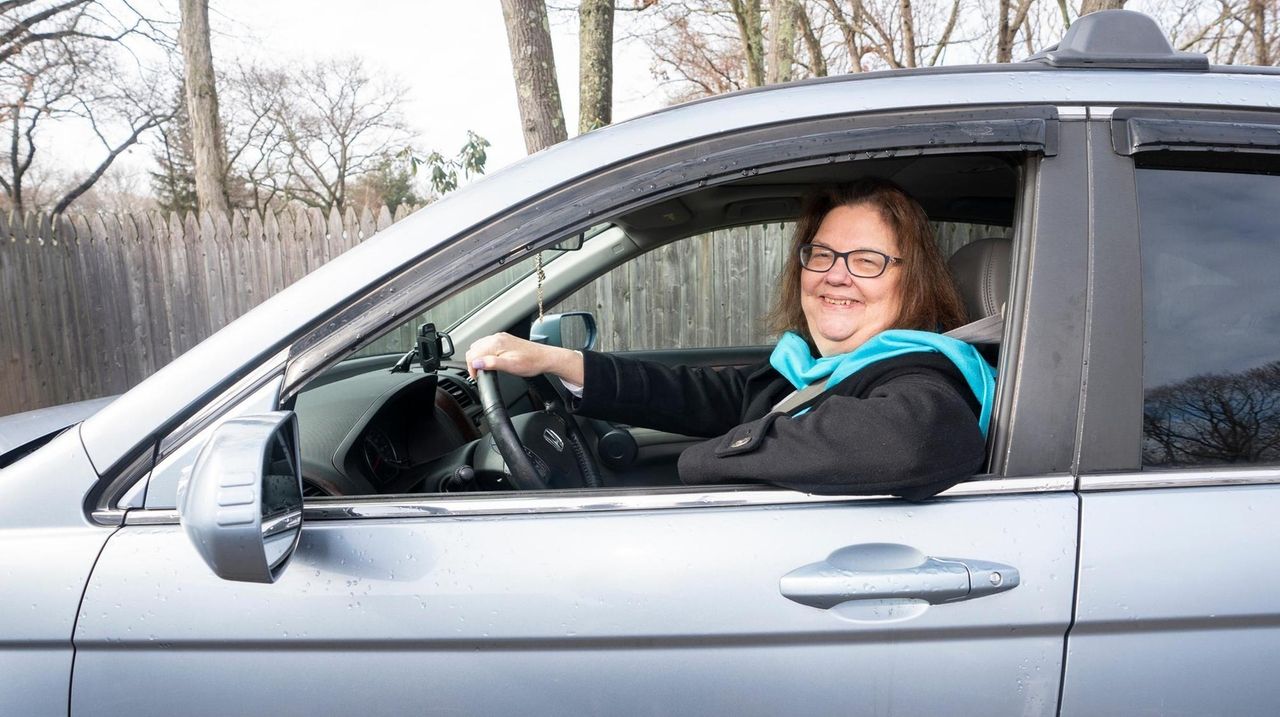 What's a driver's ed simulator? Barbara Turney of Centereach tells us about learning to drive on a simulator at Wellington C. Mepham High School in Bellmore.

"It’s like an old-fashioned video game where you are sitting in a ride that doesn’t move but there’s a screen in front. You operated the steering wheel, gas pedal and brake," says Turney. "You’d have to react to what you saw on the screen. A little ball would roll out with a kid chasing after it and you’d have to hit the brake. Then there would be a four-way stop sign and you needed to determine who would go first."

Of course, being in a car with a bunch of nervous teens can lead to chaos sometimes.

Tearle will never forget the day he left Garden City High School in 1958 with his class and headed south on the Meadowbrook Parkway toward Mitchel Field.

"Our teacher had this one student driving on the highway with all of us in the car and this low-flying plane came in from our left with its wheels down making a loud noise. The driver panicked and stopped right in the middle of the parkway," he says. "The driver’s ed teacher freaked out, we were all screaming in the backseat to 'Go!' People were honking and going around us. Once the plane flew over, the student moved forward. It was a scary moment but it was funny afterward."

The intense pressure of the dreaded road test can be overwhelming and sometimes unfair.

"I failed the first time I took it in Wantagh," says Turney. "It was a windy day so I was dodging blowing garbage pails. But the instructor never looked up from his clipboard so he said I had no control of the car.

However, there are lessons learned early on that stick with drivers up to the present.

Geraldine Kopczynski, 62, who grew up in Plainview, was taught by her father to plan her trip carefully.

"My father always said not to make too many left-hand turns because left hand turns cause accidents," she says. "To this day, when I go out and run errands, I make sure the route is only right-hand turns the whole way." 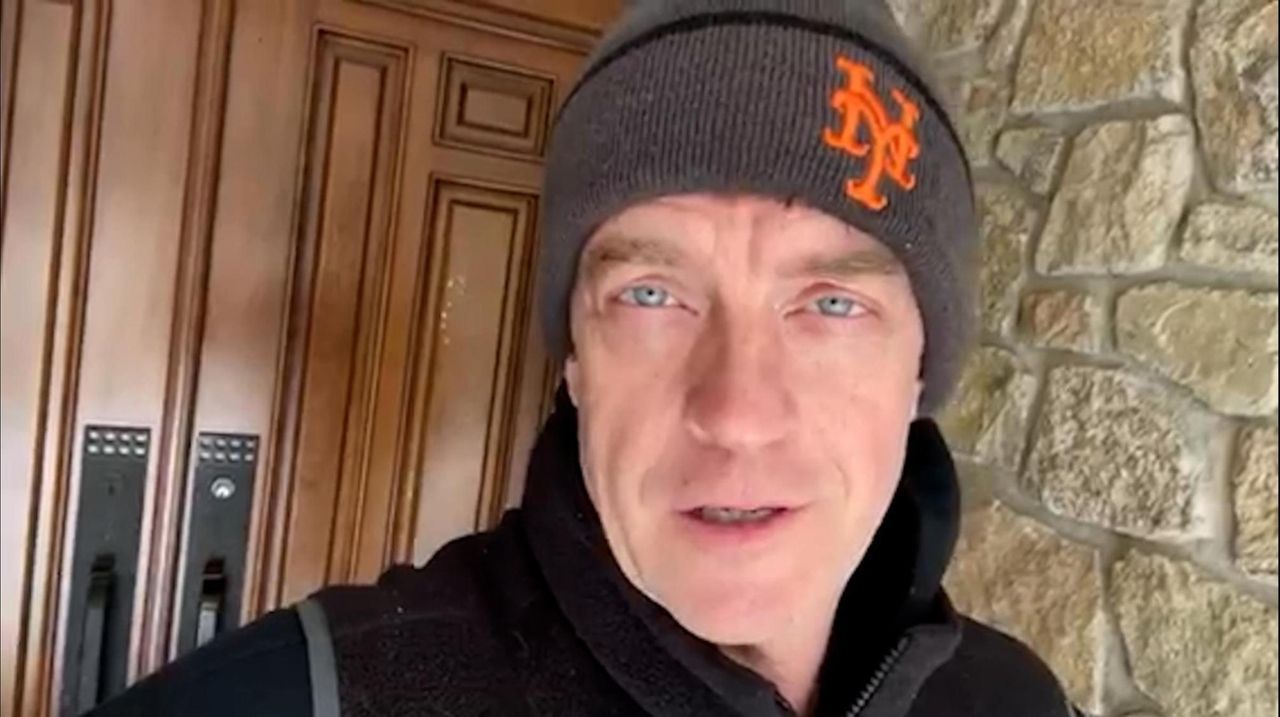 Long Island celebrities have their own early auto anamnesis. Here are three that learned the rules of the road in Nassau County:

The pop singer/songwriter from Merrick learned to drive on her father’s brown Dodge Dart while making her multiplatinum debut album, “Out of the Blue.”

“I was always an anxious child so I was praying I wouldn’t hit anything! I think my paranoia led me to become an amazing parallel parker to this day,” says Gibson, 50. “Both my parents taught me how to be an offensive driver. We were always a zippy bunch!”

This stand-up comedian who grew up in Valley Stream used to cruise around in his parents’ 1978 Buick LeSabre listening to Judas Priest and the Beastie Boys at maximum volume.

“I would rate my driving skills with one word: reckless! I’m not proud of it,” says Breuer, 53. “I wore out my poor guardian angels back then. I still owe them!”

Before he became a master magician, this former East Meadow resident mastered his driving skills in a hand-me-down blue Dodge Dart.

“What an adrenaline rush your first experience on a highway going 55 mph is,” says Angel, 53. “I’ll never forget it … Freedom to go wherever I wanted was an incredible experience — euphoric!”