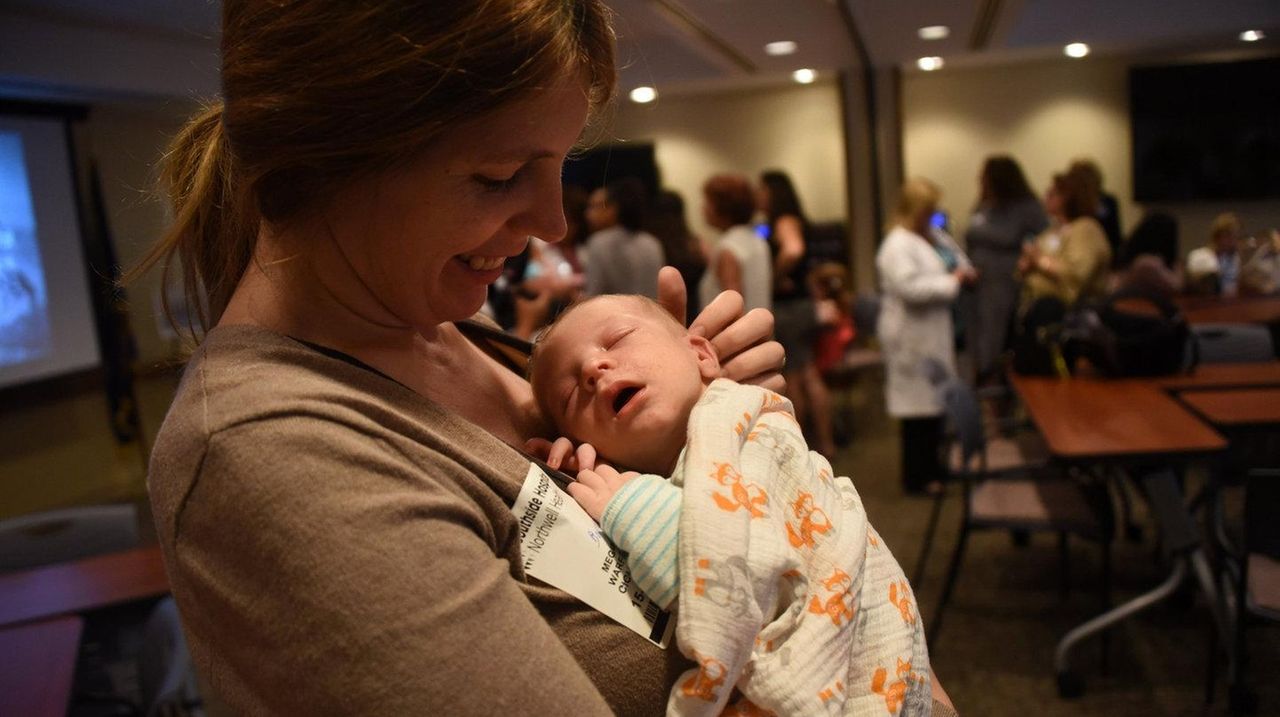 The first Baby Cafe on Long Island opened on Tuesday, Aug. 15, 2017, at Southside Hospital in Bay Shore. Funded by a five-year grant from the state Department of Health, the Cafe is free and open to any breastfeeding mom, providing support and camaraderie. Credit: News 12 Long Island

Baby Cafe is a nationwide network of breast-feeding support groups launched in 2011 meant to “recreate the village where mothers always supported mothers,” says Lucia Jenkins of Massachusetts, founder of Baby Cafe USA, a nonprofit organization that now has 85 cafes in 24 states.

The Baby Cafe is free to attend and open every Tuesday from 1:30 to 3:30 p.m., meeting in a board room at the hospital. A board-certified lactation consultant will be at each meeting, and moms can drop in for camaraderie or assistance, says Wendi Andria, lactation coordinator for Southside. The hospital hosted an official ribbon-cutting ceremony on Tuesday, during National Breastfeeding Month, which was attended by more than a dozen breast-feeding moms and their babies, joined by hospital officials.

“Baby Cafe is a standardized model of care,” Jenkins says. “One of the things we do that sets us apart from other breast-feeding support groups is we collect statistical data about what is going on with the moms in the community.”

While Southside already had a breast-feeding support group, the group will now be branded as part of the nonprofit organization, Andria says. Although this Cafe is located within a hospital, the program isn’t medical-based, Jenkins says. Other Baby Cafes are located in libraries and community centers.

Danielle Strafford-Mobarak, 36, of Bay Shore, is expecting her third child in February. She attended Southside’s breast-feeding support meetings for her first two children, and she expects to breast-feed her third. She says she welcomes the group becoming part of the national Baby Cafe network, and she attended Tuesday’s ribbon cutting. “Hopefully it will get the word out to more moms, letting them know this support is there,” Strafford-Mobarak says of the transition.

Southside has a valet parking service, which can make it easier for moms to attend the Baby Cafe, Andria says.

Southside is part of the Northwell Health hospital system. For more information, call 631-968-3311 or visit babycafeusa.org.